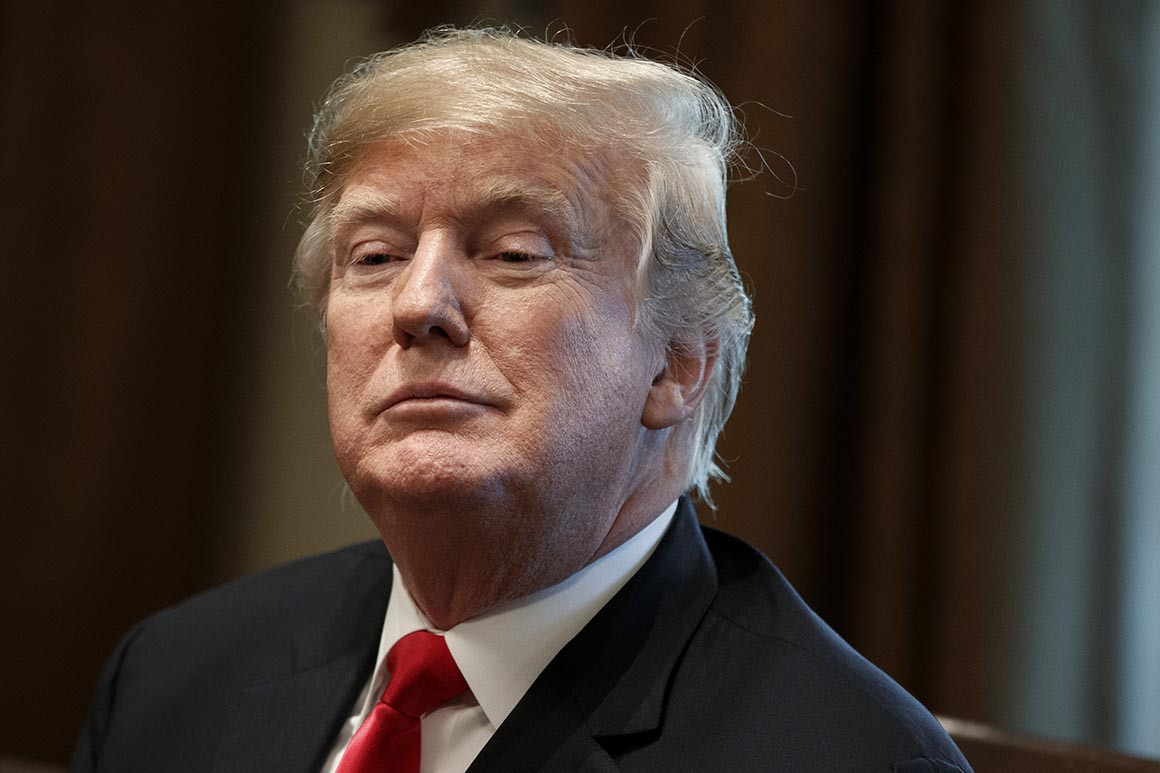 President Donald Trump is planning to roll out an unprecedented structure for his 2020 reelection, a streamlined organization that incorporates the Republican National Committee and the president’s campaign into a single entity.

It’s a stark expression of Trump’s stranglehold over the Republican Party: Traditionally, a presidential reelection committee has worked in tandem with the national party committee, not subsumed it.

Under the plan, which has been in the works for several weeks, the Trump reelection campaign and the RNC will merge their field and fundraising programs into a joint outfit dubbed Trump Victory. The two teams will also share office space rather than operate out of separate buildings, as has been custom.

The goal is to create a single, seamless organization that moves quickly, saves resources, and — perhaps most crucially — minimizes staff overlap and the kind of infighting that marked the 2016 relationship between the Trump campaign and the party. While a splintered field of Democrats fight for the nomination, Republicans expect to gain an organizational advantage.

There is another benefit as well: With talk of a primary challenge to Trump simmering, the act of formally tying the president’s reelection campaign to the resource-rich national party will make it only harder for would-be Republican opponents to mount a bid.

Speaking to the departure from presidential campaign tradition, RNC Chairwoman Ronna McDaniel called it “the biggest, most efficient and unified campaign operation in American history.”

While many senior party officials recognize the potential upside of the arrangement, they also privately acknowledge the political risk of linking the party apparatus so closely to the president at a time when he’s under increasing political and legal duress.

“There are some people who choose for whatever reason to handcuff themselves to the Titanic,” said John Weaver, an adviser to Ohio Gov. John Kasich, who is considering challenging Trump in the Republican primary. “Why, I have no idea.”

Planning has accelerated in the weeks following the Republican Party’s midterm shellacking — a defeat, GOP officials concede, that foreshadows a treacherous presidential election ahead. Last Thursday, a group of top Trump political advisers huddled in a nondescript Rosslyn, Va., office building where much of the 2020 operation will be based. The group, which included McDaniel and campaign manager Brad Parscale, discussed how the vehicle will be organized and financed, and how they expect it to function.

Deliberations about who will oversee the field efforts in key states are underway. During a recent meeting of senior party operatives at the GOP’s Capitol Hill headquarters, Carr projected the names of 2016 Trump and RNC swing state staffers onto a screen. The group discussed which of those former aides could return for the 2020 campaign, and they tossed around the names of others who might be worth reaching out to.

And last week, Carr holed up at a Courtyard hotel in Washington’s Navy Yard neighborhood for a series of one-on-one meetings with the RNC’s 2018 battleground state directors, another group of potential hires who could become the nucleus of a 2020 field effort.

By melding the Trump campaign and the RNC field programs, party officials hope to avoid the tensions that hampered the 2016 effort. In one notable instance, Trump organizers in Florida bitterly clashed with committee officials who’d been dispatched to the state — a dispute that led to a late personnel shake-up in the all-important battleground.

In other key states like Michigan, party officials recalled confusion between the two sides over how to plan for rallies and get-out-the-vote events.

Carr, who’s convened a working group to discuss how the field program should be structured in each target state and is conducting an after-action report on the 2018 midterms, said he was well acquainted with past flare-ups.

“The problem has been, you’re hiring people to play the same role and with the same titles, and that a lot of the time causes friction in the teams,” he said.

The setup contrasts sharply with past Republican presidential bids, which were divided between official campaigns and the national committee. Veterans of George W. Bush’s 2004 effort — regarded as a model for how reelection campaigns should function — recall isolated instances of tension with the RNC.

“While we had good cohesion in my experience on the ground in three presidential campaigns, it’s always better when chains of command are unified,” said Scott Jennings, a longtime Republican strategist who worked on the George W. Bush and Mitt Romney White House bids. “It improves efficiency and heads off rivalries about who had what organization on their business card.”

Party officials are in talks about how to finance the apparatus and who will lead the fundraising effort. Trump aides are looking to build out high- and low-dollar fundraising and bundling programs, and they say the president may return to the donor circuit in the coming months.

As he faces mounting pressure from the special counsel and braces for an array of House Democrat-led investigations, Trump has been getting regular updates on his reelection campaign. Parscale spent much of Friday in the White House.

For all the chaos surrounding the administration, those involved in the campaign insist they’re having no problem finding people interested in jobs.

“I get inundated with résumés from not only operatives, but people who just want to volunteer,” Carr said. “We’re not going to have a shortage of people with good résumés, that’s for sure.”

Source: https://www.politico.com/story/2018/12/18/trump-machine-swallows-rnc-1067875
Droolin’ Dog sniffed out this story and shared it with you.
The Article Was Written/Published By: aisenstadt@politico.com (Alex Isenstadt)