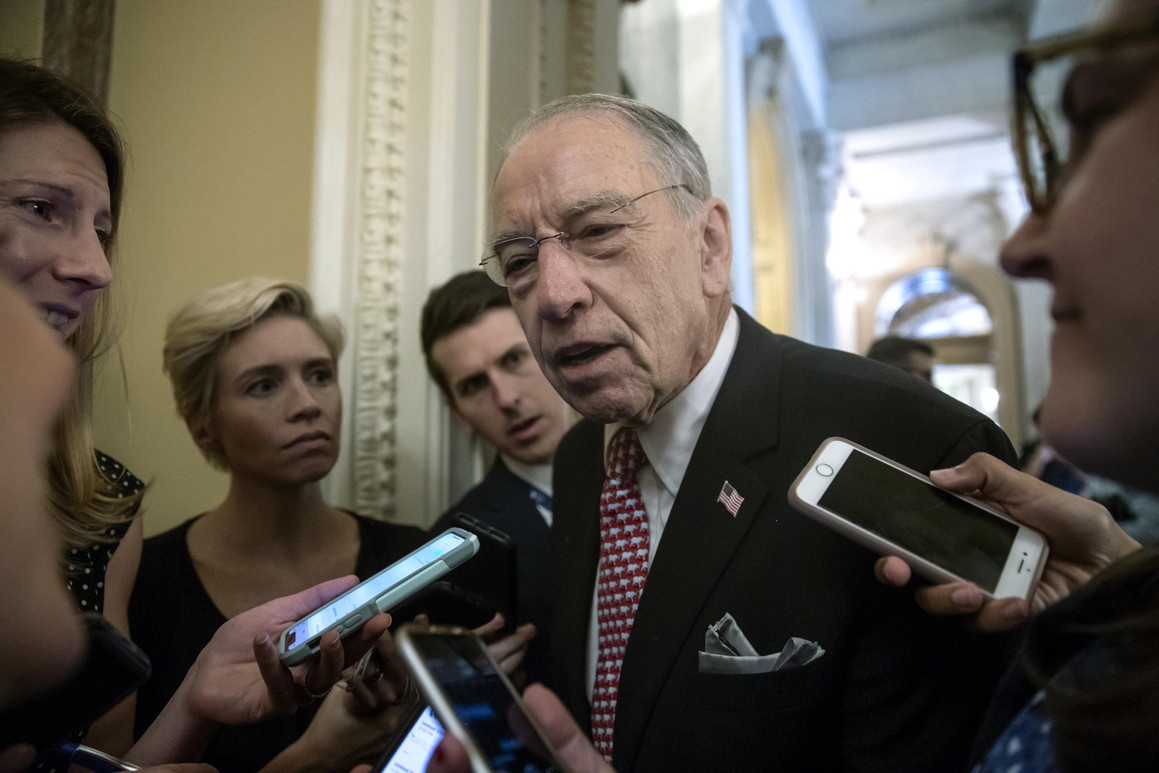 The Senate is slated Tuesday night to pass the biggest overhaul to the criminal justice system in decades, giving a win to President Donald Trump and a bipartisan group of advocates and lawmakers.

Tuesday’s vote caps more than a year of negotiations to create more rehabilitation programs and ease mandatory minimum sentences for some drug-related crimes.

The bill has brought together many unlikely allies, including a group backed by the conservative Koch Brothers, the American Civil Liberties Union, the White House and senators from both sides of the aisle.

Although the bill was a priority for Trump son-in-law Jared Kushner, Senate Majority Leader Mitch McConnell (R-Ky.) was reluctant until last week to bring to the floor legislation that divides his caucus. Trump had personally lobbied the majority leader to bring the bill up for a vote.

“This is a big bipartisan bill,” said Senate Judiciary Chairman Chuck Grassley Tuesday before the vote. He subsequently praised Trump for his support of the bill. “We now have a person who has a reputation for being tough on crime but also a person that recognizes that within our criminal justice system….that there’s some unfairness.”

“Our criminal justice system is a cancer on the soul of this country,” said Sen. Cory Booker (D-N.J.) on Tuesday. “One of the top reasons I wanted to run for United States Senate was to get legislation like this done.”

The legislation, which was revised last week, provides incentives for some federal inmates to earn time credits if they participate in certain programs, reduces the three-strike penalty to 25 years from life in prison, reduces the disparity between sentencing for crack and powder cocaine and would ease mandatory minimum sentencing.

The bill has faced vehement opposition, particularly from Sen. Tom Cotton (R-Ark.), who said it would allow for the early release of violent criminals.

Cotton requested a Justice Department analysis of the bill that found individuals convicted of sex crimes could be released early. In addition, he introduced amendments to the bill, along with Sen. John Kennedy (R-La.), that would bar more offenders from participating in the bill’s earned-time credit program and imposed new reporting requirements on the Bureau of Prisons.

“How can anybody oppose telling a woman who has been raped that her rapist is about to get out of prison early?” Kennedy said Tuesday prior to the amendment vote. “It’s not letting her veto it …. It just says you gotta tell her and let her offer her opinion. I mean who could be against that?”

The Senate bill’s likely passage comes after previous failed attempts to overhaul the criminal justice reform system, including an unsuccessful attempt at a more sweeping reform under President Barack Obama.

Source: https://www.politico.com/story/2018/12/18/criminal-justice-reform-bill-vote-1068268
Droolin’ Dog sniffed out this story and shared it with you.
The Article Was Written/Published By: mlevine@politico.com (Marianne LeVine)