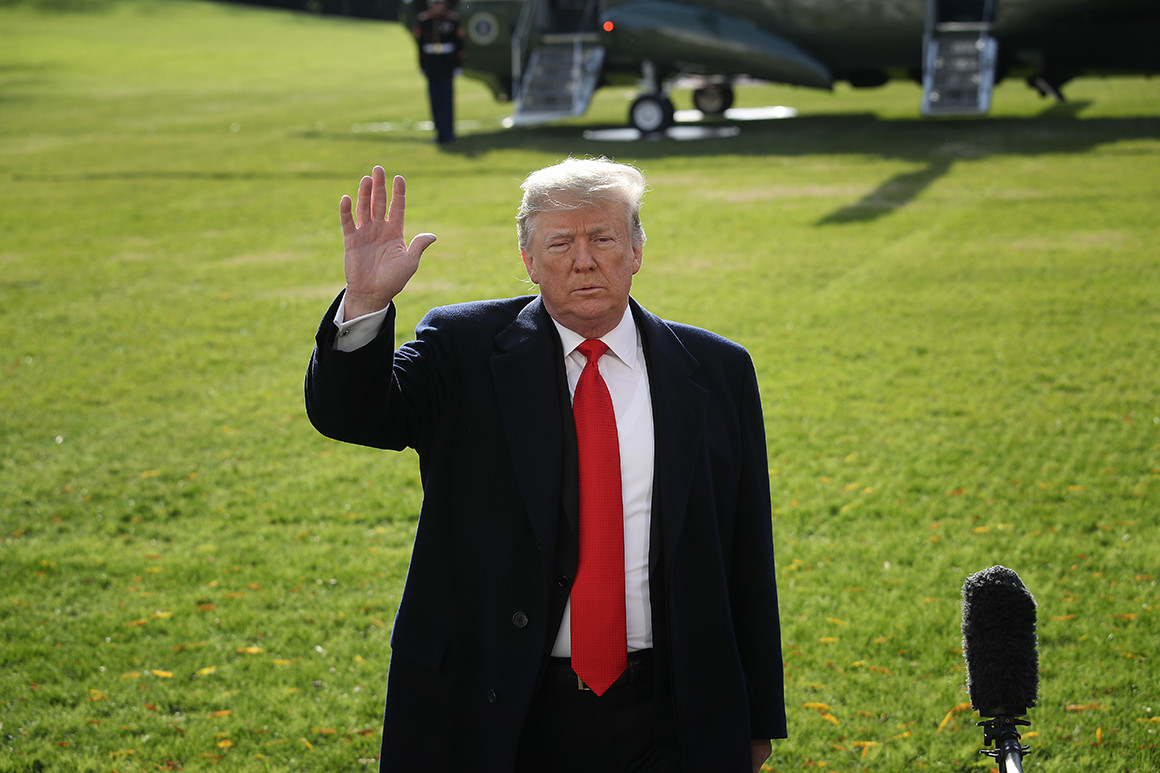 President Donald Trump on Monday predicted that Democrats would work with him in the event that the Affordable Care Act is struck down, echoing promises he’s made in the past that have not come to fruition.

A federal judge in Texas on Friday ruled that without the individual mandate, which Republicans stripped from the law in its tax overhaul last year, former President Barack Obama’s signature legislative achievement violates the Constitution.

The controversial ruling, which fell right before the final day for open enrollment for coverage under the law, is expected to swiftly draw appeals that could send the case to the Supreme Court, where some legal experts say it could be overturned.

Trump hailed the ruling on Friday as “great news for America” and urged congressional leaders to work together on replacement legislation.

He continued on Monday to bash the law — widely referred to as Obamacare — suggesting there is room for compromise between the two parties.

“The DEDUCTIBLE which comes with ObamaCare is so high that it is practically not even useable! Hurts families badly,” Trump wrote on Twitter. “We have a chance, working with the Democrats, to deliver great HealthCare! A confirming Supreme Court Decision will lead to GREAT HealthCare results for Americans!”

Republicans have railed against Obamacare since its inception, and furor over the law is credited with sweeping the GOP into power during the Obama administration and fueling a two-week government shutdown in 2013, though public opinion about the law has improved in recent years.

Trump pledged during his presidential campaign to repeal the Affordable Care Act on “Day One” of his presidency, but doing so proved easier said than done.

Republicans in Congress were unable to agree on a measure to take the place of the ACA, stemming from divisions over protections for those with pre-existing conditions, funding for abortions and concerns about the cost of a replacement law.

Even fellow Republicans slammed their party’s efforts to force a replacement bill through, with the late Sen. John McCain ripping his colleagues’ lack of transparency and ultimately providing the decisive vote to sink the effort in a move that Trump still publicly derides him for.

Democrats, who grabbed 40 new seats in this year’s midterms in large part by relying on a message of health care, have not shown an appetite for crafting a new law, vowing instead to fight Friday’s ruling.

Incoming House Speaker Nancy Pelosi over the weekend ripped the decision as “absurd,” claiming that it lays bare the “monstrous endgame of the GOP’s all-out assault” on protecting coverage for those with pre-existing conditions.

She and Senate Minority Leader Chuck Schumer have said they plan to call for a vote in the next Congress to intervene in the lawsuit on behalf of the law and urge for the ruling to be overturned.

Source: https://www.politico.com/story/2018/12/17/trump-obamacare-replacement-congress-democrats-1067111
Droolin’ Dog sniffed out this story and shared it with you.
The Article Was Written/Published By: coprysko@politico.com (Caitlin Oprysko)