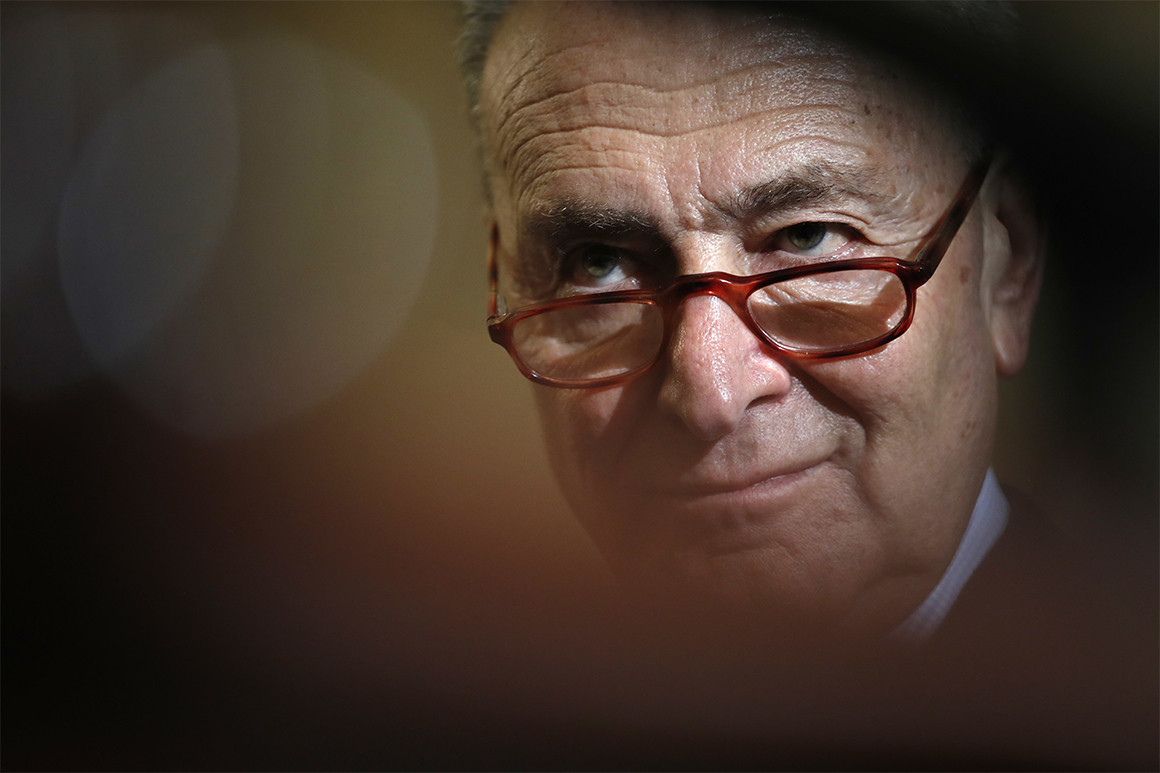 The Senate’s top Democrat on Sunday said he plans to push for a vote to intervene in a federal court case over Obamacare after a judge in Texas ruled the landmark healthcare law unconstitutional late last week.

“We’re going to fight this tooth and nail,” Senate Minority Leader Chuck Schumer (D-N.Y.) said in an interview on NBC’s “Meet the Press.” “And the first thing we’re going to do when we get back there in the Senate is urge, put a vote on the floor, urging an intervention in the case.”

The Senate’s Republican leaders are unlikely to allow such a vote to take place. But Schumer’s suggestion demonstrates how highly charged and fraught with potential repercussions the issue is, given that health insurance for millions of Americans could be at stake in the case.

And, House Democratic leaders plan to intervene in the lawsuit as soon as they take control of the chamber next year. Though they don’t need to hold a formal vote to direct the House Counsel to defend the Affordable Care Act in court, a Democratic leadership aide told POLITICO they will do so in order to hold their GOP colleagues’ feet to the fire.

“We will … put all House Members on record and send a clear message to the court that the House as a body endorses defending the Affordable Care Act and its protections for people with pre-existing conditions,” the aide said.

The move carries both symbolic and practical weight. After taking back the House majority at least partially by riding a wave of voter support for Obamacare, Democrats now have a concrete way to show their base that they’re fighting to defend the law from judicial and administrative threats. And congressional intervention in the case — which will likely be appealed to the Fifth Circuit and, eventually, the Supreme Court — could make a difference.

“A lot of this depends on congressional intent, and if a majority of the House and majority of the Senate say that this case should be overturned, it will have a tremendous effect on the appeal,” Schumer explained Sunday. “So our first stop is the courts.”

But in an interview following Schumer, Sen. Roy Blunt (R-Mo.) poured cold water on the top Democrat’s call for a vote to intervene in the health-care lawsuit.

“I can’t recall a similar time when anything like that happened,” Blunt said, though Congress has done so on occasion over the years.

“That’s clearly not going to happen. That’s not what we ought to be doing this week,” Blunt said. “And Sen. Schumer knows it.”

The lawsuit against the Affordable Care Act, brought by a group of Republican attorneys general and supported in part by the Trump administration, argues that Congress’ vote to repeal Obamacare’s individual mandate as part of the 2017 tax bill renders the remainder of the health reform law unable to stand. District Court Judge Reed O’Connor in Texas ruled in their favor Friday.

A group of Democratic attorneys general defending the law, led by California, say Congress’ many failed attempts at repealing the entirety of the ACA show this was never their intent. Now, Democratic leaders in the House and Senate hope to force their colleagues to pick a side.

Such a vote would put many Republicans “in a box,” Schumer predicted.

“On the one hand, they said they said they want to preserve preexisting conditions and preserve healthcare. On the other hand, Donald Trump and a large number of Republicans brought this court suit,” he said. “So there are going to be a good number of Republicans who are going to really have to make a decision whether to join us in this intervention or face very severe consequences.”

The New York Democrat trashed the court’s decision as “an awful, awful ruling.”

“Of course, it undoes preexisting conditions. It jeopardizes the tens of millions who are getting good healthcare in the exchange, but it goes way beyond that,” Schumer said. “It would knock out funding for treatment of opioids. It would raise drug prices…It would eliminate a lot of maternal care, all kinds of women’s health.”

The office of Senate Majority Leader Mitch McConnell (R-Ky.) declined to comment on a potential vote.

Source: https://www.politico.com/story/2018/12/16/schumer-obamacare-senate-vote-republicans-1066716
Droolin’ Dog sniffed out this story and shared it with you.
The Article Was Written/Published By: aollstein@politico.com (Alice Miranda Ollstein)