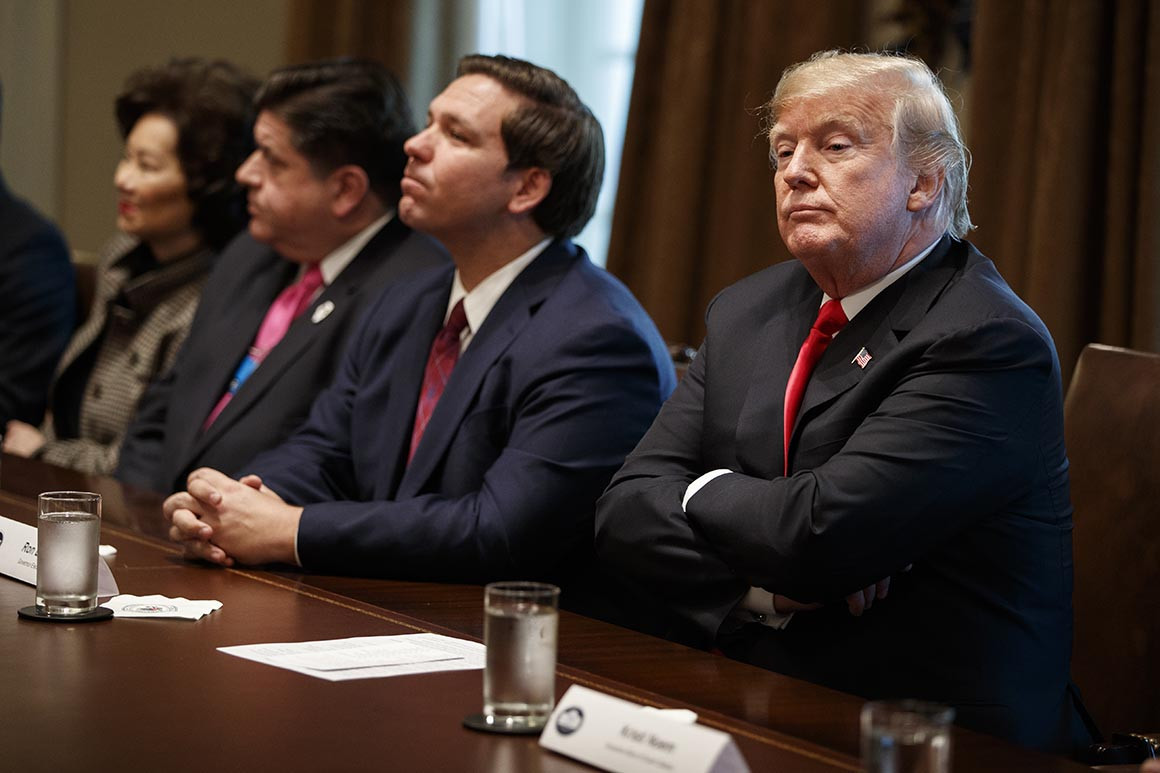 President Donald Trump is mulling the prospect of making a counter-offer to Democratic leaders that would prevent a partial government shutdown and kick the border wall fight into next year, according to two sources familiar with the negotiations.

While the specifics of that offer are unclear, Republicans on Capitol Hill are increasingly considering a two-week stop-gap that would fund the government into January. Roughly a quarter of the federal government will shut down next Friday absent a bipartisan deal.

The president has a meeting scheduled this afternoon with his legislative affairs director, Shahira Knight, to discuss possible options, according to his private schedule and a source familiar with his plans, who indicated that the White House has yet to settle on a counter-proposal to Democrats.

There is universal agreement that the decision about whether to keep the government open rests with the president. Trump said during a contentious, televised Oval Office meeting on Tuesday with House Speaker-designate Nancy Pelosi and Senate Minority Leader Chuck Schumer that he would be “proud” to shut down the government if Democrats refuse him the $5 billion in funding for his border wall.

But Trump appeared to backtrack on Thursday, writing in a tweet: “Let’s not do a shutdown, Democrats – do what’s right for the American people!”

Democrats say it’s up to Trump. Their latest proposal — freezing the Department of Homeland Security budget through next October while approving new funding for the rest of the government — has been rebuffed by Republicans.

“It’s in his lap at this point. And it always has been,” said Senate Minority Whip Dick Durbin (D-Ill.).

Republican lawmakers are signaling to the president that he is unlikely to get the wall funding he is seeking, according to a senior House Republican source. Instead, Trump’s going to have to decide whether to strike a deal that could create positive momentum with a new Congress or poison the well with many members who will have the power to torment him when Democrats take control of the House next year.

A second Republican source on Capitol Hill said that the White House could still have its border wall fight in January and also disrupt the new Democratic majority in the House from starting fresh with their own agenda. It would also more clearly pit Trump against Democrats, rather than members of his own party.

The White House declined to comment for this story. As of Thursday afternoon, the president had not changed his plans to leave Washington next Friday to spend two and a half weeks at his Mar-a-Lago estate for the Christmas holiday — which would keep him away from Washington if the government shuts down.

Office of Management and Budget Director Mick Mulvaney has signaled his openness to a continuing resolution into January, according to a source familiar with his thinking, in part because it would involve less federal spending than approving new funding bills for the agencies that would shut down, including the Department of Homeland Security.

Another stopgap funding bill would simply freeze agencies’ current budgets, while approving new versions of those measures would unleash billions more in spending. Trump approved the bigger budget this spring, but later complained of the higher spending.

Capitol Hill Republicans are open to a myriad number of ways to avoid a shutdown but need the president to come to an agreement with Capitol Hill Democrats on how to do that. There’s recent precedent for a two-week stop-gap bill, which was passed earlier this month.

Asked if the White House agrees, he replied: “I don’t know.”

Republicans are “scrambling … he’s already said: ‘It’s on me, I take the blame, I’m proud of it,” said Sen. Richard Blumenthal (D-Conn.). “I think Republicans will… chart their own course.”

Sarah Ferris contributed to this report.

Source: https://www.politico.com/story/2018/12/14/trump-border-wall-fight-delay-1064857
Droolin’ Dog sniffed out this story and shared it with you.
The Article Was Written/Published By: rbade@politico.com (Rachael Bade)