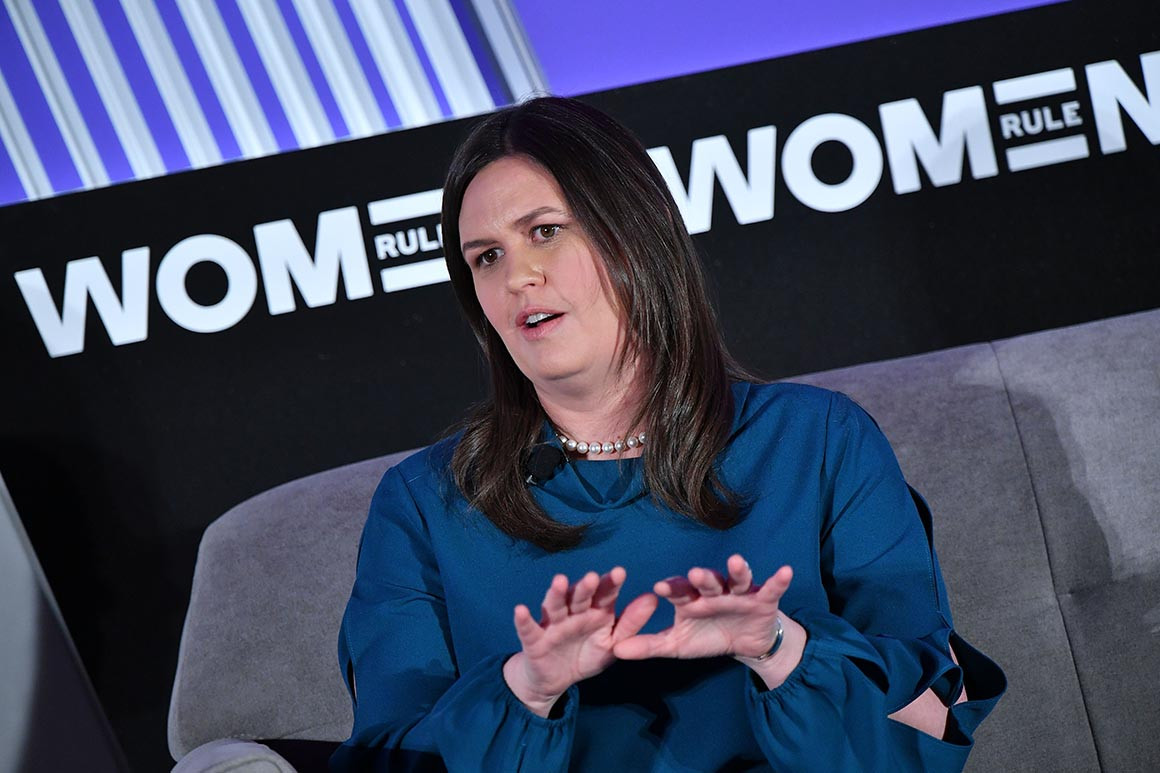 White House press secretary Sarah Huckabee Sanders is denying that President Donald Trump had any knowledge of possible malfeasance by his inaugural committee, which is reportedly under investigation for misusing funds.

“That doesn’t have anything to do with the president or the first lady,” Sanders told reporters Thursday evening outside the White House regarding the investigation. “The biggest thing the president did, his engagement in the inauguration, was to come here and raise his hand and take the oath of office. The president was focused on the transition during that time and not on any of the planning for the inauguration.”

The response comes after The Wall Street Journal reported earlier on Thursday that federal prosecutors in Manhattan were investigating whether Trump’s inaugural committee misspent some of the record-breaking $107 million it had raised that year. Prosecutors are also looking into whether the committee levied access to the nascent administration to solicit greater donations, the Journal reported.

In the Journal’s report, the committee denied knowledge of the investigation, claiming it had not been contacted by federal prosecutors. But Sanders’ comments appear to acknowledge by omission that the investigation could be underway.

The investigation into the inaugural committee is reportedly based on documents recovered during an FBI raid of the home, office and hotel room of Trump’s former personal lawyer Michael Cohen in April this year. Cohen was sentenced to three years in prison this week for a “veritable smorgasboard” of offenses including misusing campaign funds to cover up alleged affairs Trump had with two women, as well as tax evasion and lying to Congress.

Sander’s comment relating to Melania Trump appears to be in response to reports that a firm run by the first lady’s friend Stephanie Winston Wolkoff received $26 million from the inaugural fund, The New York Times reported in February. A recording of a conversation between Cohen and Winston Wolkoff was uncovered during the April raid, revealing Winston Wolkoff was concerned about the committee’s spending, the Journal reported.

The inaugural committee has also been the subject of special counsel Robert Mueller’s investigation into Russian interference in the 2016 election. Mueller’s team has looked into if any foreign money entered the committee’s funds, which is illegal. A Washington consultant pleaded guilty this summer to being a “straw purchaser” for a Ukrainian oligarch in order for him to attend the inauguration.

Source: https://www.politico.com/story/2018/12/14/sarah-sanders-trump-inauguration-spending-1064503
Droolin’ Dog sniffed out this story and shared it with you.
The Article Was Written/Published By: Matthew Choi