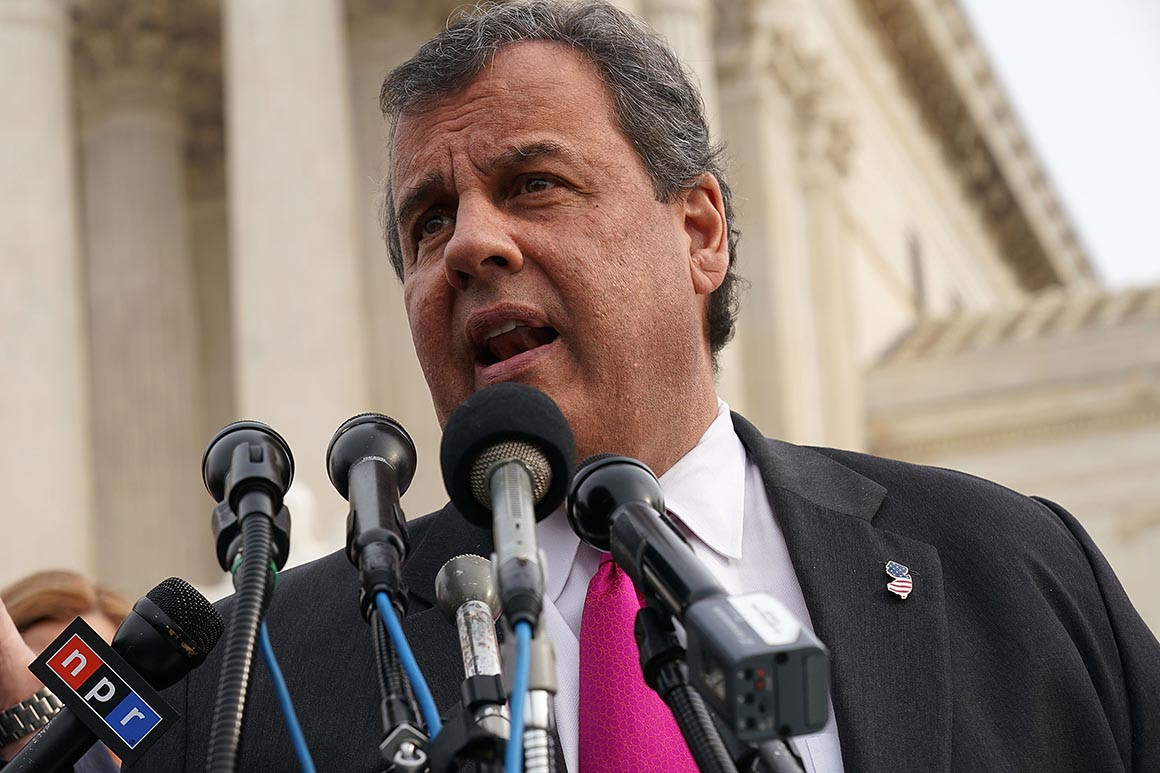 Former New Jersey Gov. Chris Christie said on Friday that he is not interested in serving as President Donald Trump’s chief of staff, explaining that the timing was not right for such a “serious assignment.”

“It is an honor to have the President consider me as he looks to choose a new White House Chief of Staff. However, I have told the President that now is not the right time for me or my family to undertake this serious assignment,” Christie said in a statement. “As a result, I have asked him to no longer keep me in any of his considerations for this post.”

Trump has so far struggled to find a replacement for John Kelly, who had been expected to leave the chief of staff job near the end of the year.

Source: https://www.politico.com/story/2018/12/14/christie-says-he-doesnt-want-to-be-trumps-chief-of-staff-1065086
Droolin’ Dog sniffed out this story and shared it with you.
The Article Was Written/Published By: ncook@politico.com (Nancy Cook)