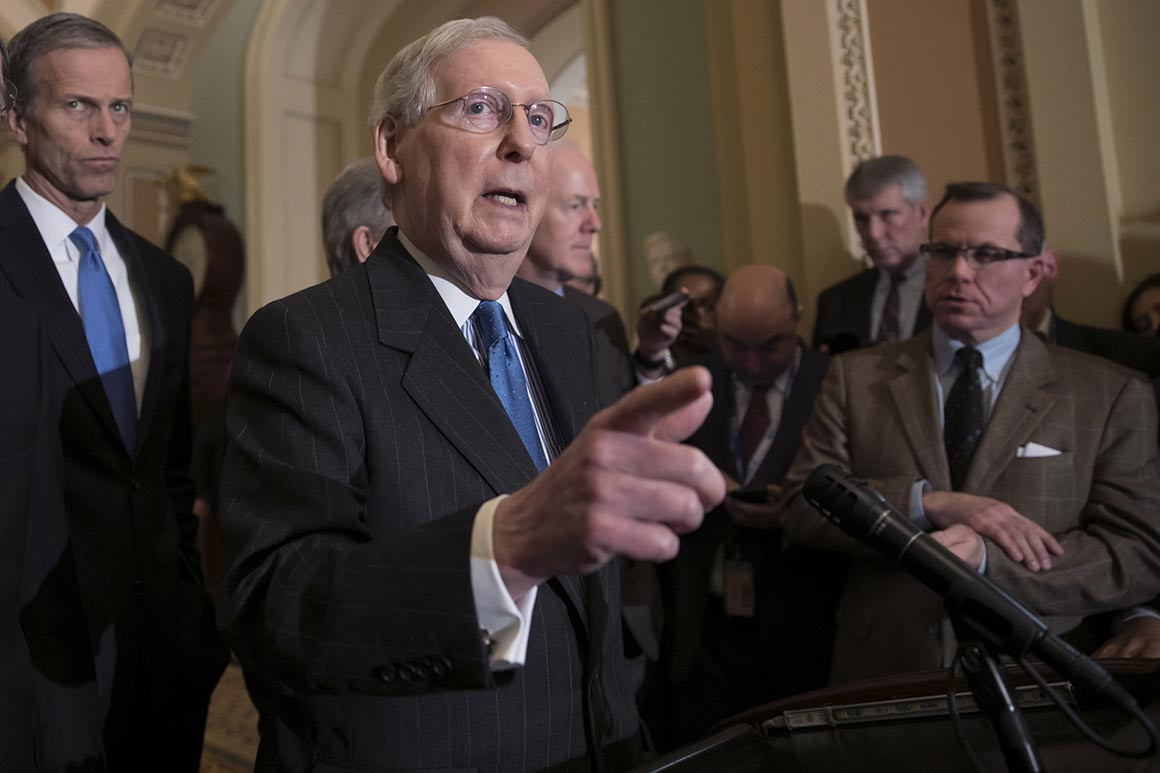 The Senate’s criminal justice reform bill would reduce the federal prison population pver a 10 year period by 53,000 “person-years,” which is roughly equivalent to releasing 53,000 inmates in one year, according to an estimate released Friday from the Congressional Budget Office.

In addition, CBO predicted that the faster release of inmates would increase the number of people benefiting from federal programs, like Medicaid and Social Security, since inmates are generally ineligible for many federal assistance programs while serving time. That would increase direct federal government spending by $346 million and reduce revenue by $6 million, also from 2019 through 2028, CBO said.

The CBO notes the report isn’t a complete analysis of all of the bill’s budgetary effects.

The Senate will vote Monday to advance the legislation, which did not appear to be moving forward until earlier this week, when Senate Majority Leader Mitch McConnell (R-Ky.) said he would bring the bill to the floor at the request of President Donald Trump.

Trump tweeted last week: “Hopefully Mitch McConnell will ask for a VOTE on Criminal Justice Reform…Go for it Mitch!” The bill is also a priority for Trump’s son-in-law Jared Kushner.

Although proponents of the bill predict that it will pass, it still faces criticism from some senators, including Sen. Tom Cotton (R-Ark.).

The bill reduces some mandatory minimum sentences and expands some inmate programs.

Source: https://www.politico.com/story/2018/12/14/cbo-estimate-criminal-justice-bill-1066505
Droolin’ Dog sniffed out this story and shared it with you.
The Article Was Written/Published By: mlevine@politico.com (Marianne LeVine)