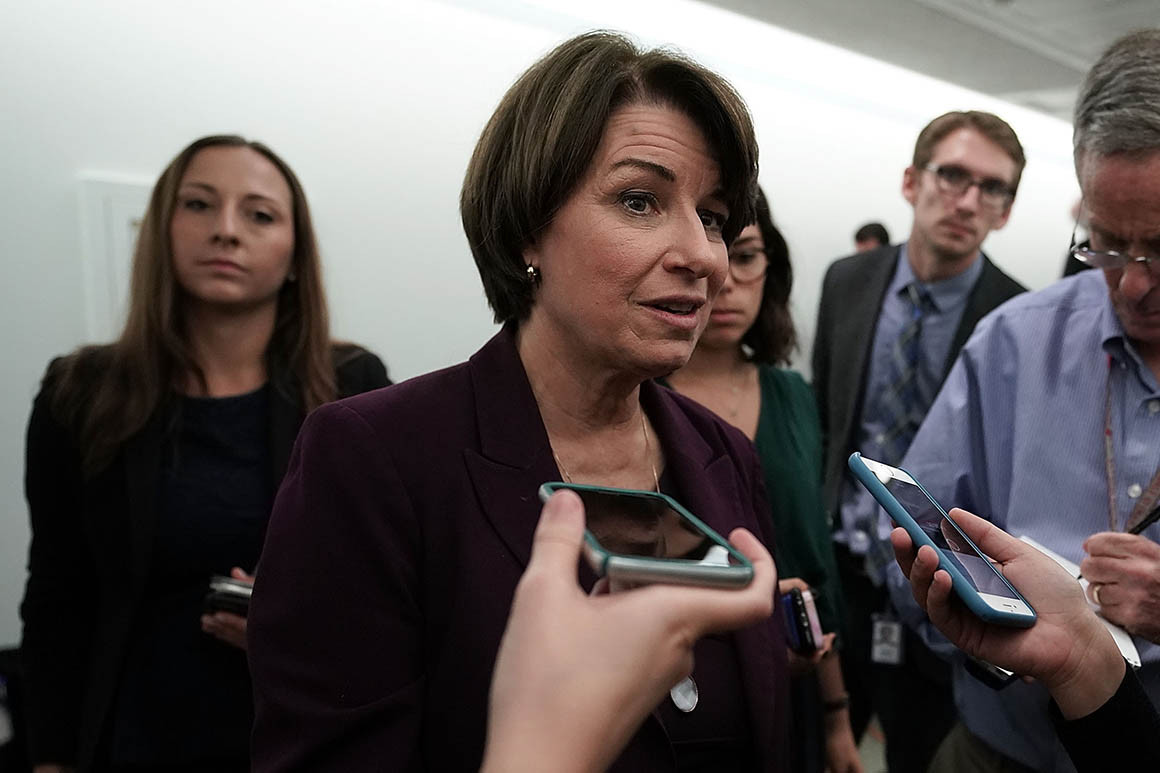 The House and Senate passed long-stalled legislation to combat sexual harassment in Congress Thursday, taking steps to clean up an institution that has struggled with its own series of #MeToo moments.

The legislation, which was sponsored by Sens. Amy Klobuchar (D-Minn.) and Roy Blunt (R-Mo.) and Reps. Jackie Speier (D-Calif.) and Bradley Byrne (R-Ala.), passed by unanimous consent in both chambers and now heads to President Donald Trump’s desk.

After months of difficult negotiations between the Senate and House over their different proposals, lawmakers celebrated the quick passage of a compromise bill that was just announced Wednesday.

“This is a bill that fundamentally changes the way sexual harassment cases are handled in the Senate and in the House,” Klobuchar said Thursday. “The process we have will now protect victims of harassment instead of protecting politicians.”

Under the legislation, members of Congress will be held liable for all forms of harassment and retaliation for harassment claims and will also be required to reimburse the Treasury Department for harassment settlements.

Farenthold refused to repay an $84,000 settlement after the scandal forced him from office. The woman who accused Farenthold of sexual harassment saw her career implode after she came forward with the allegations — one of the stories that pushed Congress to act.

The terms of the final bill were unclear until Wednesday. Advocates had argued that the House’s version of the harassment bill was more robust than the Senate’s.

Source: https://www.politico.com/story/2018/12/13/senate-passes-harassment-legislation-1062299
Droolin’ Dog sniffed out this story and shared it with you.
The Article Was Written/Published By: mlevine@politico.com (Marianne LeVine)