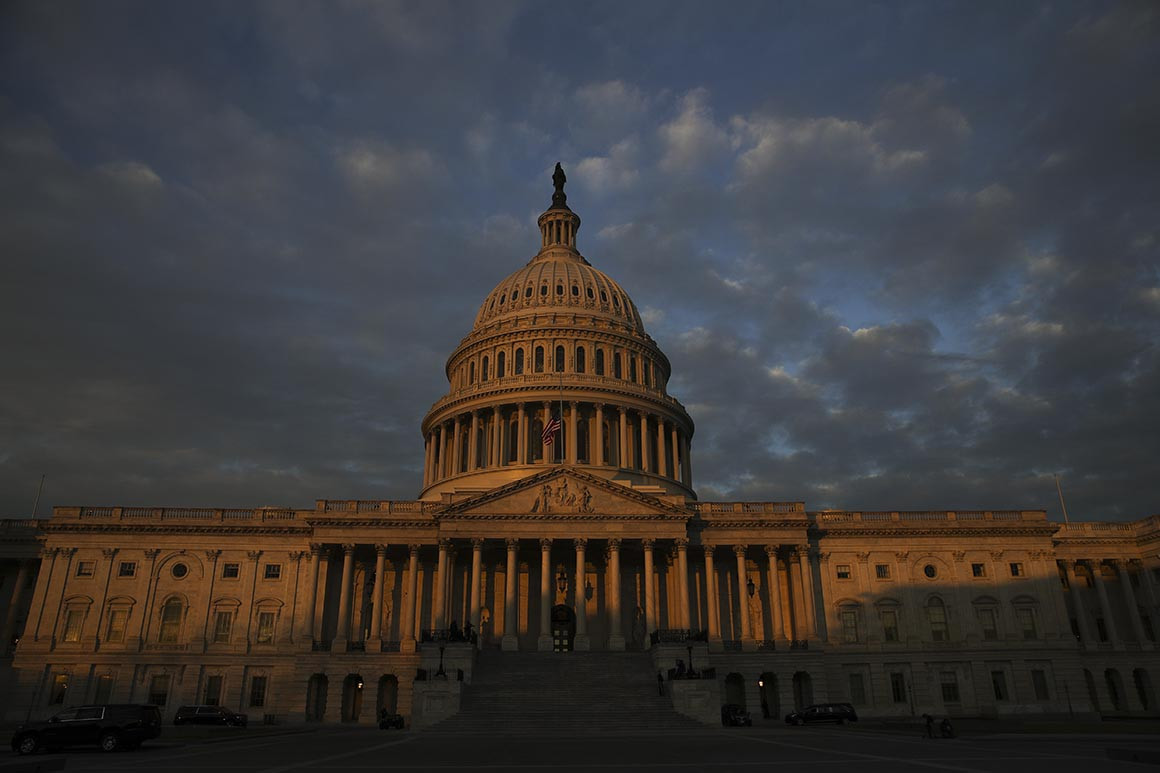 Without President Donald Trump to worry about, a bipartisan deal would likely sail through Congress to fund the government ahead of the holidays. But with Trump enjoying his border wall brinkmanship, everyone in the Capitol has basically stopped talking.

The House and Senate left town Thursday with no strategy to avert a partial government shutdown next week, putting Congress on the brink of an intractable conflict that could drag out through New Year’s Day — furloughing hundreds of thousands of workers and costing taxpayers millions.

Frustrated lawmakers in both parties are complaining that congressional leaders have made zero progress since Tuesday, when Trump stunned even his fellow Republicans by boasting that he would take the blame for the closure of a dozen federal agencies if he doesn’t get money for his border wall.

Lawmakers say there is no public plan to prevent a partial government shuttering. And no secret plan either.

“There is no discernable plan. None that’s been disclosed.” said Sen. John Cornyn, the Senate’s No. 2 Republican, as he threw his hands into the air. “Everybody’s looking to [Trump] for a signal about what he wants to do. So far, it’s not clear.”

The House isn’t planning to return until the night of Dec. 19 — leaving only about 72 hours to reach a border wall deal that has eluded both parties for months.

With one week to go, the GOP must find an agreement that can satisfy both Trump and Democratic leaders, who have only grown more emboldened since their sit-down with Trump.

“I’ve not heard of any Republican who’s sitting down and figuring out how to get this through. There’s no plan,” said Sen. Patty Murray (D-Wash.).

Yet there’s no indication that Senate Majority Leader Mitch McConnell and Minority Leader Chuck Schumer are even talking. Senators in both parties said they were unaware of anything cooking between the two leaders, and the often-chatty Schumer was tight-lipped when asked if there were ongoing discussions. “No comment,” he said Thursday.

The House was expected to make the first move this week. House GOP leaders had planned to try and pass a bill giving $5 billion for Trump’s wall and force Senate Democrats to reject it under the chamber’s 60-vote threshold.

But with morale and attendance low in the House following a brutal election loss last month, Republicans left Washington empty-handed, with all eyes now focused on the Senate.

“It’s just all politics and theatrics,” said Rep Tom Cole (R-Okla.). He said leaders of both parties have the same thought going into next week’s final round of negotiations: “Somebody has to lose, and it’s going to not be them.”

Meanwhile, Democrats say they’re completely in the dark because Republican leaders haven’t taken part in formal back-and-forth negotiations for more than two weeks, according to a Democratic aide.

Republicans already rejected the Democratic proposal to freeze the budget of the Department of Homeland Security, including border fencing, through next October, while approving new funding for the rest of the government. But Democrats say they’ve had radio silence since then from the GOP.

“It’s all over the place, but we just need some guidance from them,” the Democratic aide said, referring to Republicans.

Privately, some GOP appropriators have been told to prepare back-up options to temporarily extend funding, though they admit they have little confidence that the bills could be signed by Trump without a cash infusion for the border wall.

Some Republicans say they want to delay the decision until Jan. 3 at 11:59 p.m., the exact minute when House Minority Leader Nancy Pelosi (D-Calif.) would take over leadership in the House. Others are pushing GOP leaders to move the deadline to Dec. 26 to give them at least a few days at home with their families for Christmas.

Another idea — that some appropriators are already preparing — is a long-term funding bill that freezes funding through October 2019.

“We’re at an impasse. Something’s going to happen or we’re going to have to have a [continuing resolution] or a shutdown,” Senate Appropriations chief Richard Shelby (R-Ala.) told reporters.

Six of the seven spending bills are ready to go next week, which would make up nearly $200 billion in total spending. But Republican leaders in the House are refusing to put any spending package on the floor that doesn’t include border wall money.

Meanwhile, Democratic leaders have hammered Trump for his vow that he would be “proud” to shutter one-quarter of the government — delaying paychecks for hundreds of thousands of federal workers — over the holidays.

“Right now, Chuck and I are not in a negotiation. We’re not going for the $5 billion for the wall, we simply are not,” Pelosi told reporters Thursday, making clear that she’s already bracing for an ugly shutdown fight that could carry into the first days of the Democrats’ new majority in the House.

For weeks, the Senate has been mostly focused on an internally divisive criminal justice reform bill and wrapping up a debate over the U.S. involvement in the Yemeni civil war. Senate Republicans say it doesn’t feel like the 2013 shutdown, when government funding lapsed for nearly three weeks as a result of a conservative gambit to defund Obamacare.

“We’ve talked about it almost none in our caucus. I don’t even know what the two sides are talking about at this point,” said Sen. Bob Corker (R-Tenn.).

“It’s a lot of talking past each other,” agreed Sen. Rob Portman (R-Ohio).

Source: https://www.politico.com/story/2018/12/13/congress-government-shutdown-no-deal-1063410
Droolin’ Dog sniffed out this story and shared it with you.
The Article Was Written/Published By: aadragna@politico.com (Anthony Adragna)