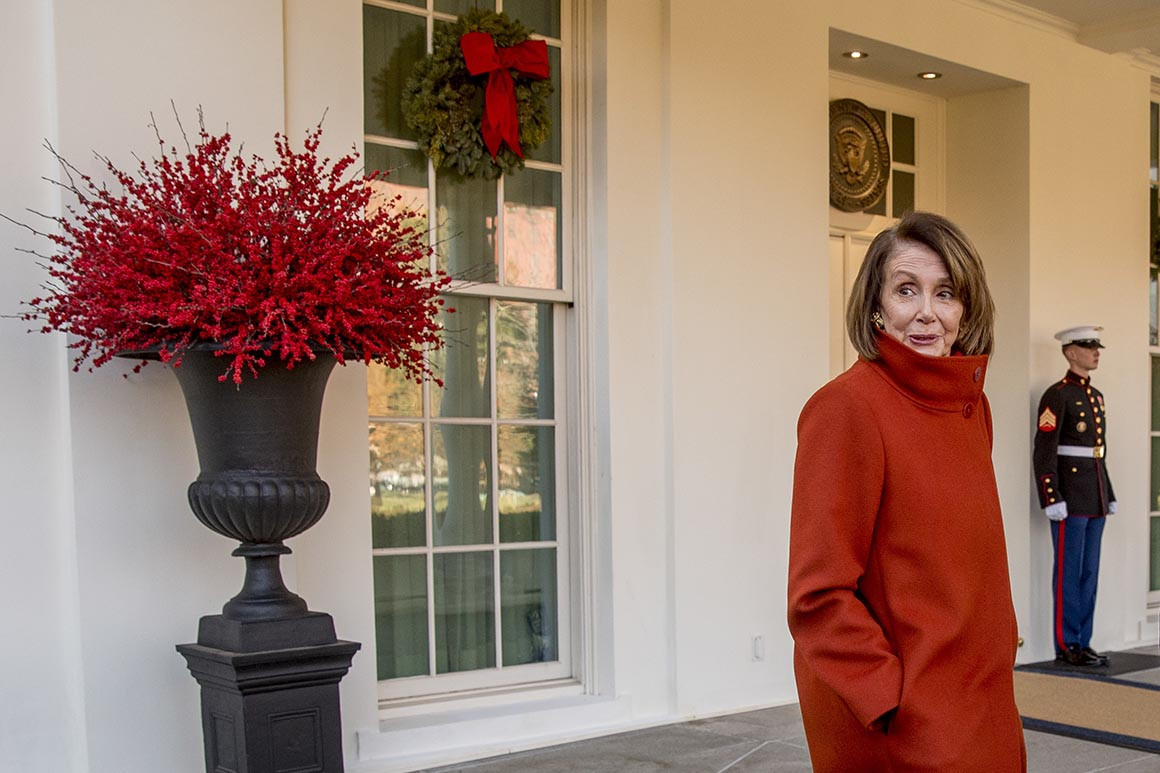 House Democrats have postponed taking action on term limits for party leaders or committee chairmen for the moment, though House Minority Leader Nancy Pelosi will continue negotiating over the issue with a group of rebels who oppose her speakership, lawmakers and aides said.

Democrats will not include any term limits in their rules package for the 116th Congress, Rep. Jim McGovern (D-Mass.) — who will be Rules Committee chairman next year — told rank-and-file lawmakers on Tuesday, according to lawmakers and aides who attended a Democratic Caucus meeting. If term limits are approved by Democrats in the future, it will be as a caucus rule.

A broad debate has already broken out inside the Democratic Caucus over the contentious issue, one that has traditionally pitted junior members against their senior colleagues, with a heavy dose of racial tensions thrown in. Democrats even had term limits in place the last time they were in the majority, but ultimately got rid of them.

But with her chance to get back the speakership at stake, Pelosi and the rebels have been discussing a proposal that would effectively limit leadership positions for the California Democrat and other top party leaders to four years at most, despite strong opposition from House Minority Whip Steny Hoyer (D-Md.) and Assistant Democratic Leader Jim Clyburn (D-S.C.).

Pelosi and a block of her her Democratic opponents, led by Rep. Ed Perlmutter (D-Colo.), have discussed a plan that would limit party leaders to three terms, with a fourth term possible if two-thirds of the Democratic Caucus support it. The current Democratic leaders — Pelosi, Hoyer and Clyburn — would be considered as already serving their third term. That means they would need two-thirds of House Democrats — just over 155 Democrats — to support a bid for another term beyond 2020.

Leaving the caucus meeting on Tuesday, Pelosi said Democrats would not take up the term limits debate until a later date. She also didn’t respond to questions about her own talks with rebels over the issue.

“Most of that has been deferred” until next year, Pelosi said, indicating that Democrats want their big freshmen class in attendance to debate and vote on the issue.

Hoyer, though, made clear he wants no part of term limits, either for party leaders or committee chairs.

In the Democratic Caucus meeting, Perlmutter spoke out in favor of term limits, focusing only on limits to leadership. Perlmutter — among the Democratic rebels who’ve threatened to vote against Pelosi for speaker on the House floor unless she puts an end date on her term in the job — told members that he didn’t want to disrupt the seniority system by enacting any term limits. Pelosi has broadened the initial discussion with the rebels to include term limits on committee chairs, a move some Democrats say is designed to whip up opposition to the plan.

Following Perlmutter’s comments, a number of senior Democrats – including several who belong to the Congressional Black Caucus – criticized the proposal. Opponents included Reps. Frank Pallone (D-N.J.), Maxine Waters (D-Calif.) and David Scott (D-Ga.), among others, said Democratic sources who attended the meeting. Pallone is slated to become chairman of the Energy and Commerce Committee next year, while Waters will take over the top position at Financial Services.

The CBC has been particularly vocal opposing term limits, arguing that it unfairly targets minority lawmakers who have risen through the ranks to the top rungs of their committees, only to see a deadline imposed on their potential chairmanships.

In addition to Waters, black lawmakers are set to take chairmanships at Oversight and Government Reform, Education and Workforce, Homeland Security and the Science, Space and Technology committees.

Source: https://www.politico.com/story/2018/12/11/house-democrats-term-limits-1056861
Droolin’ Dog sniffed out this story and shared it with you.
The Article Was Written/Published By: hcaygle@politico.com (Heather Caygle)