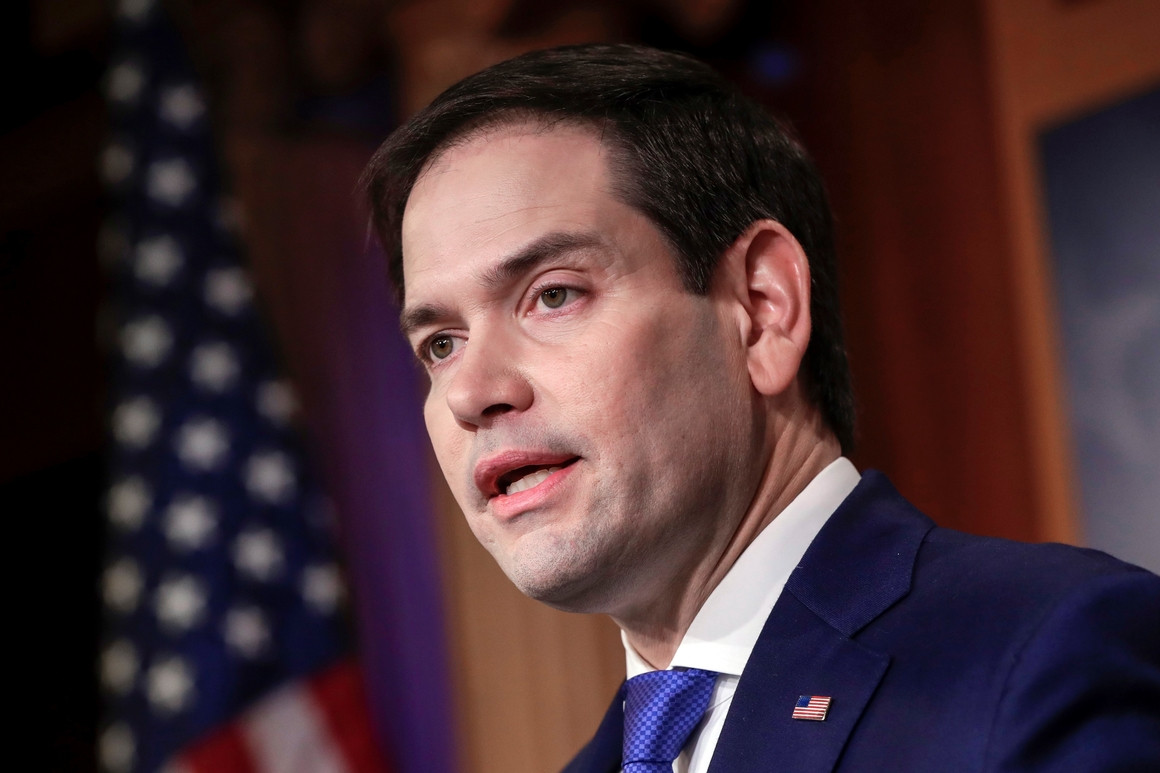 Sen. Marco Rubio said Sunday that it would be “a terrible mistake” for President Donald Trump to pardon his former campaign chairman, Paul Manafort.

“I think it would be a terrible mistake if he did that. I do,” the Florida Republican told journalist Martha Raddatz during an interview on ABC’s “This Week.”

Rubio continued: “You know, pardons should be used judiciously. They’re used for cases with extraordinary circumstances.”

According to a Friday filing from special counsel Robert Mueller’s office, Manafort breached the terms of his September guilty plea by repeatedly lying to federal prosecutors about his contacts with Trump administration officials.

The special counsel also accused the longtime GOP operative and lobbyist of providing false information about his interactions with Konstantin Kilimnik, a Russian-Ukrainian citizen and Manafort aide who has been charged in Mueller’s probe.

“I would not be supportive of it. I would be critical of it,” Rubio said, referring to a potential Manafort pardon. “I don’t believe that any pardons should be used with relation to these particular cases. Frankly, not only does it not pass the smell test, I just — I think it undermines the reason why we have presidential pardons in the first place.”

Rubio also warned that if Trump were to grant clemency to Manafort, “it could trigger a debate about whether the pardon powers should be amended, given these circumstances.”

Manafort has been jailed since June, after prosecutors claimed he attempted to tamper with the testimony of two potential witnesses in a criminal case he faces over a Ukraine-related lobbying campaign.

Manafort was convicted on eight felony counts of bank and tax fraud in August, and is scheduled to be sentenced by federal judges in Virginia and Washington, D.C. early next year.

Manafort’s September guilty plea spared him a second trial in which he would have faced seven felony counts, including money laundering, failing to register as a foreign agent and making false statements to federal investigators. Instead, his deal with Mueller resulted in just two counts: conspiracy against the U.S. and conspiracy to obstruct justice.

Source: https://www.politico.com/story/2018/12/09/rubio-trump-pardon-manafort-1053175
Droolin’ Dog sniffed out this story and shared it with you.
The Article Was Written/Published By: qforgey@politico.com (Quint Forgey)