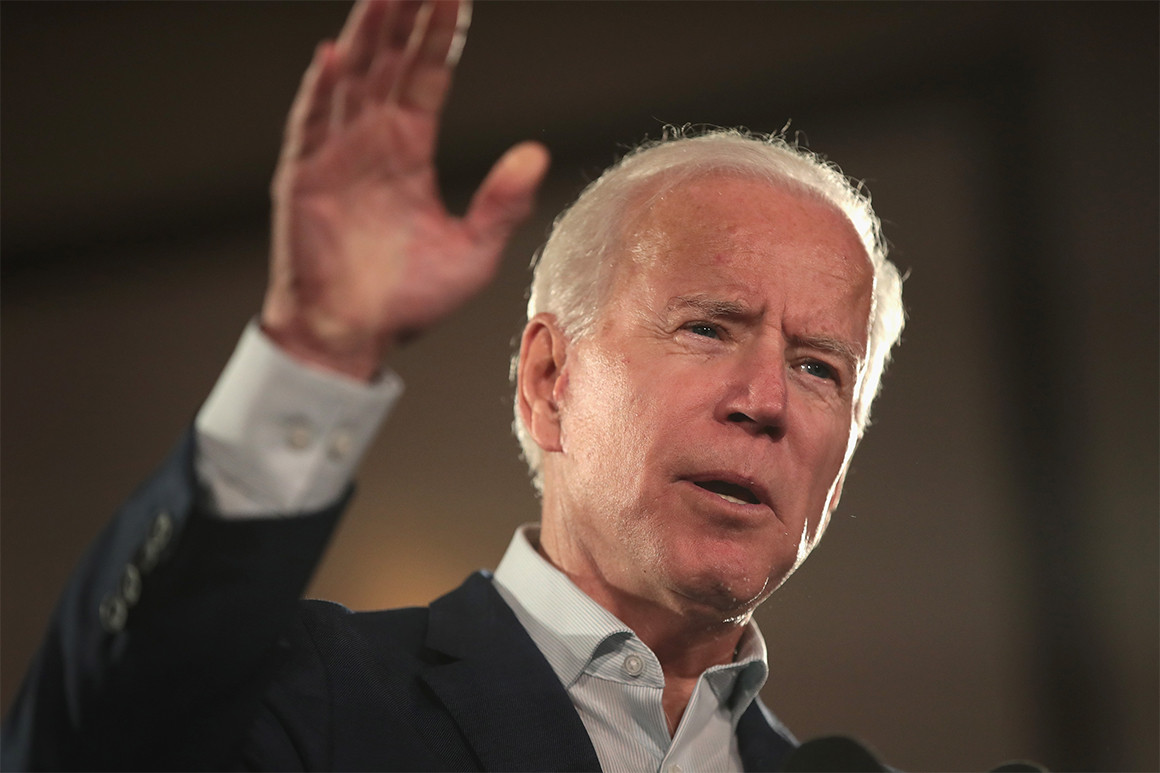 Six days after saying he’s “the most qualified person in the country to be president,” Biden took the stage here and railed against “naked nationalism,” “phony populism” and a GOP that is “not your father’s Republican Party.”

But Biden — speaking at an event to promote his book “Promise Me, Dad: A Year of Hope, Hardship, and Purpose” — equivocated on the question of whether he’d challenge Trump. Biden has said previously he would decide on a run in the next few months.

Novelist Jodi Picoult asked Biden how he wanted to spend the rest of his life. The former vice president said only that he would keep his promise to his late son, Beau, to stay involved in public life.

“I gave my word, as his dad, that I’d stay engaged,” said Biden.

He added, however, that he also wants to “spend as much time as I can with my family.”

Sunday’s event was Biden’s second-to-last stop on his “American Promise Tour,” which has been advertised as “a series of conversations that will go beyond the 24-hour news cycle and 140-character arguments to connect friends and neighbors around the topics that matter most.”

Since late 2017, Biden has traveled to 24 states to publicize his book — and, perhaps, lay the groundwork for a presidential campaign.

He’s done six events alone in Pennsylvania, Wisconsin and Michigan, the Rust Belt states that helped put Trump in the White House, and three in the critical battleground state of Florida. Biden’s supporters believe he can win white working-class voters who defected to Trump in 2016 after twice backing former President Barack Obama.

The Burlington Free Press remarked that Biden’s stop in Sanders’ state is “an interesting way to test the waters” for 2020.

A Reuters-Ipsos poll of potential presidential Democratic candidates found Biden in the lead at 29 percent, with Sanders (I-Vt.) nipping at his heels at 22 percent.

An estimated 1,400 people attended Sunday’s sold-out event, according to staff at the Flynn Center for the Performing Arts. Tickets were advertised for $45 to $90 apiece. VIP tickets, which included a photo with Biden, were priced at $375.

Before Biden took the stage, audience members were handed copies of his book and shown a slick four-minute video depicting his life story.

The fact that Biden was on Sanders’ home turf never came up during the event. Afterward, POLITICO asked Biden why he traveled there.

“Because I love Vermont!”

Source: https://www.politico.com/story/2018/12/09/joe-biden-2020-vermont-bernie-sanders-1054071
Droolin’ Dog sniffed out this story and shared it with you.
The Article Was Written/Published By: Holly Otterbein