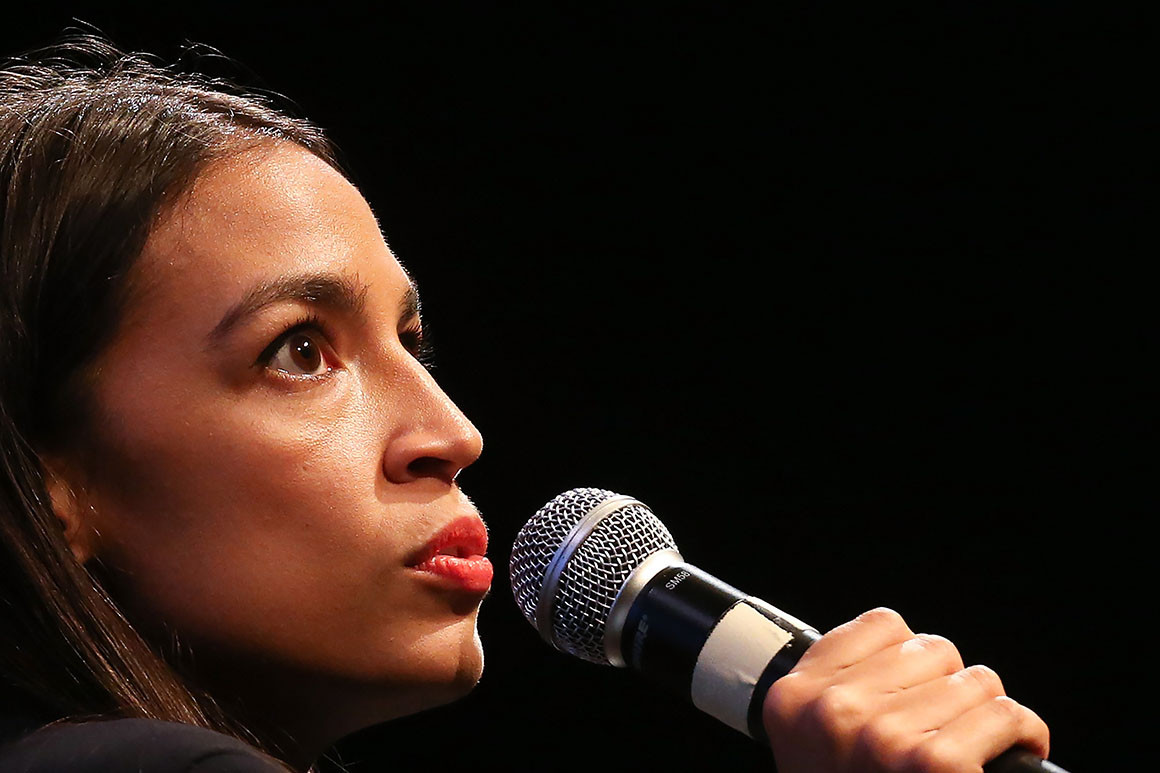 Congresswoman-elect Alexandria Ocasio-Cortez (D-N.Y.) took to Twitter on Friday to remind Donald Trump Jr. that Congress “will have subpoena power in a month” after he shared a meme implying that the socialism leads to people eating dogs.

In a photo posted to Trump Jr.’s Instagram account Thursday, Ocasio-Cortez and President Donald Trump are shown as thought they were debating each other, with the Democratic rising star asking, “Why are you afraid of a socialist economy?” and the president replying, “Because Americans want to walk their dogs, not eat them.” The caption “It’s funny cuz its true!!!” accompanied Trump Jr.’s post, which garnered more than 66,000 likes as of Friday afternoon.

But by that time, the Nuyorican had seen the viral meme — and had a comeback ready.

“I have noticed that Junior here has a habit of posting nonsense about me whenever the Mueller investigation heats up,” Ocasio-Cortez wrote. “Please, keep it coming Jr – it’s definitely a ‘very, very large brain’ idea to troll a member of a body that will have subpoena power in a month.”

Special counsel Robert Mueller is expected to unveil new information today in connection with his probe into the dealings of the president, his inner circle and Russia in the run-up to the 2016 election. The investigation has ensnared at least 33 people.

The reference to canine consumption is a long-running stereotype of people living in socialist countries and is often used to assert that socialist economic policy would wreck the economy. Although the ideals of democratic socialism have been on the rise since Ocasio-Cortez’s primary victory in June over incumbent Rep. Joe Crowley, policies like universal health care and the abolition of Immigration and Customs Enforcement are unlikely to be enacted with Republicans in control of the White House and the Senate and with a conservative-leaning Supreme Court.

Opponents of socialist economic policy have also argued that it would cause the federal deficit to balloon.

During the midterm campaign, Trump often said Democrats would turn the country into Venezuela, a country mired in a political crisis after years of corruption and mismanagement from its leftist government. Ocasio-Cortez, a self-described democratic socialist, seemed at least unperturbed by the attacks from the White House circle.

“Have fun!” she told Trump Jr., alluding to the potential of a subpoena.

Source: https://www.politico.com/story/2018/12/07/ocasio-cortez-trump-jr-subpoena-meme-1050519
Droolin’ Dog sniffed out this story and shared it with you.
The Article Was Written/Published By: Jesus Rodriguez