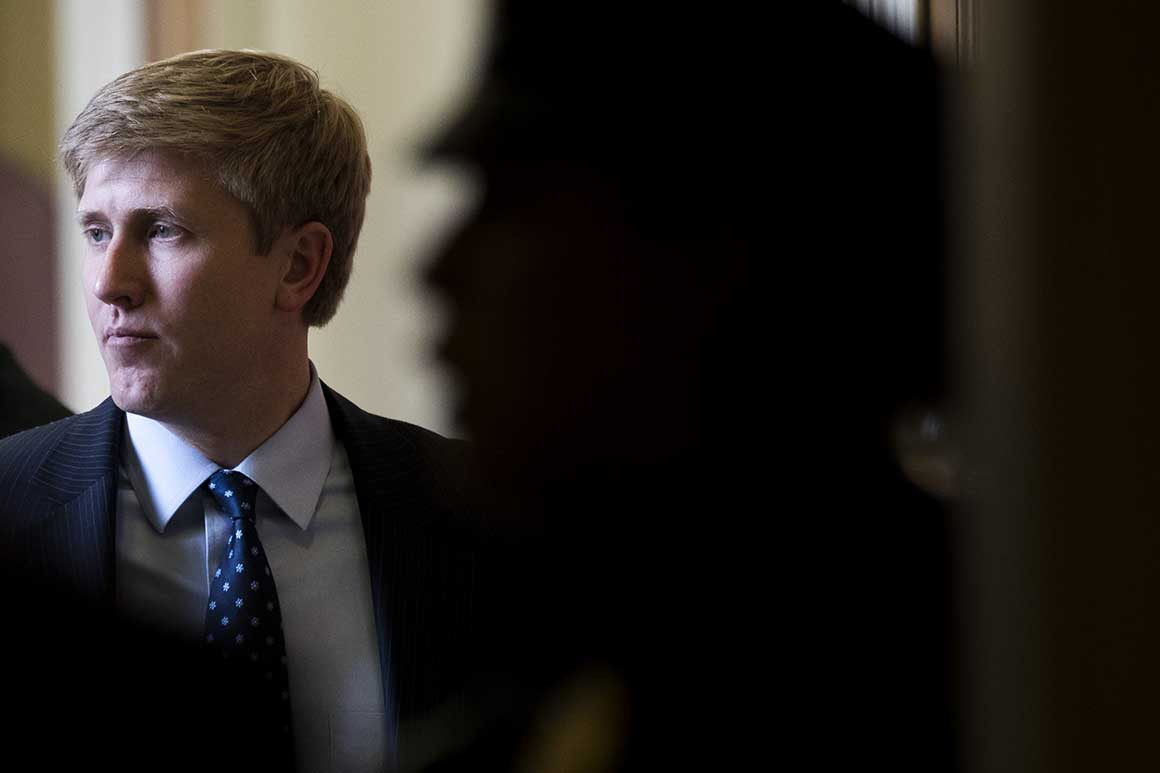 For the past month, Nick Ayers has been a White House chief of staff in waiting.

President Donald Trump informally offered Ayers a job as his top aide during a private huddle at an election night party in the White House residence last month. Several White House staff and advisers were within earshot and overheard the conversation, which included First Lady Melania Trump, and its details were described to POLITICO by two people briefed on them.

It seemed like a done deal, except for one complication: The position wasn’t open yet. John Kelly was still hanging on to the job, however tenuously. White House officials now believe that will finally change, saying they expect Kelly to exit any day now.

That would seem to clear the way for Ayers. But the lag time allowed a month-long lobbying campaign both for and against the 36-year-old Ayers, currently Vice President Mike Pence’s top aide. Ayers’ detractors — who consider him nakedly ambitious and untrustworthy — have lobbied Trump against following through on the offer. Some top White House aides have even threatened to resign if he does not.

“People are threatened by Nick’s age and his reputation as this young political savant,” said one former White House official. “He has the endorsements of Jared [Kushner], Ivanka [Trump], and Pence, but not a lot of fans beyond that. That’s not to say the majority of the West Wing will empty out, but there are a few staffers who will leave because of him.”

As a result, it is unclear whether Trump’s offer still stands, although White House officials say that no clear alternative has emerged.

Ayers’ boosters say he would be a perfect antidote to the political challenges of the next two years, including House Democratic investigations and a coming 2020 election campaign.

“The problem with Kelly is you just can’t have the least the least political person in Washington holding the most political job in Washington. You need a bona fide Machiavellian killer. That is what the president needs by his side over the next two years,” said a second former White House official in describing Ayers.

One White House official said he did not believe the Ayers opposition would sway the president, noting that Trump has a strong desire to install a more politically-minded aide as his chief of staff ahead of the 2020 reelection campaign.

Alex Conant, who worked alongside Ayers during Tim Pawlenty’s failed 2012 presidential bid, praised Ayers on Friday as a results-oriented operative. (Ayers, who ran Pawlenty’s campaign, was later criticized for his management.)

“If President Trump hires him, I expect it is because Nick is someone who runs a tight ship and will manage a team to get the results the boss wants,” said Conant, now a partner at the firm Firehouse Strategies. “He’ll be able to avoid some of the mistakes Kelly and [former chief of staff Reince] Priebus made. He also knows a ton of politicians, given the breadth of his experience over the last 15 years — not to mention, he is very popular with the donor class. Even though he is young, he brings a lot of to any institution.”

In recent days, the internal conversation inside the White House has shifted to the best way to grant Kelly a graceful exit. This comes just five months after Trump and Kelly assured staffers that Kelly would remain in place through the 2020 campaign – a claim that few aides and advisers believed at the time.

White House officials are hoping that Kelly will be able to resign instead of being fired by tweet. First Lady Melania Trump has been urging the president not to fire a four-star general but instead allow him to leave on his own terms. Her spokeswoman did not respond to requests for comment.

Until then, both White House aides and close allies call Ayers the frontrunner to take his place, even as they stress that no Trump decision is final until the president himself announces it, and that an informal job offer isn’t ironclad. In the meantime, Trump — who likes to beta-test his personnel decisons —has been asking confidants their opinions about Ayers since July.

Ayers did not respond to a request for comment.

Longtime Trump observers and allies also stress that any incoming chief of staff is unlikely to fundamentally change a gut-driven president who bridles at efforts to control him.

“A chief of staff for Donald Trump is a factotum and will have virtually no influence,” said Tony Schwartz, who wrote the 1987 book “The Art of the Deal” with Trump. “Trump’s chief of staff is Trump and always will be.”

Asked if he’s aware of any past adviser throughout Trump’s business career who was able to wrangle him, Schwartz said simply, “No and not even close.”

Part of Ayers’ ascension inside the West Wing comes from his own savviness, political instincts, and his close relationship with the Trump family, but part comes from the fact that there are few other viable candidates, especially as Trump continues to pursue a major personnel shake-up before the holidays.

“I think he gets it by default,” said a third former White House official about Ayers. “There’s nobody that’s really a good fit.”

The former official said Ayers has a number of potential deficiencies, including little knowledge of policy – though that may not matter amid a divided government.

Inside the White House, Ayers has built his relationship with the president by frequently attending Trump’s weekly private lunches with the vice president, in which Ayers, Kelly, and Pence typically are the president’s only guests. He also forged his relationship with the Trump children during the hectic 2016 campaign, during which he acted as an outside adviser and consultant before becoming the vice president’s chief-of-staff in July 2017.

A few other names have popped up as potential candidates for chief-of-staff including Treasury Secretary Steven Mnuchin who also enjoys a close relationship with the Trump kids. Mnuchin, however, has told friends that he is content running the Treasury Department.

The outstanding question is whether any chief-of-staff can effectively work inside the Trump administration, in which the president prefers to always run the show.

Kelly did the best he could, said Leon Panetta, the former chief of staff to President Bill Clinton, but “a fundamental problem is that he is dealing with a president who resists any kind of discipline and that means as chief of staff you’re constantly in a reactive mode and having to do constant repair work.”

Source: https://www.politico.com/story/2018/12/07/nick-ayers-white-house-trump-john-kelly-1052211
Droolin’ Dog sniffed out this story and shared it with you.
The Article Was Written/Published By: Gabby Orr