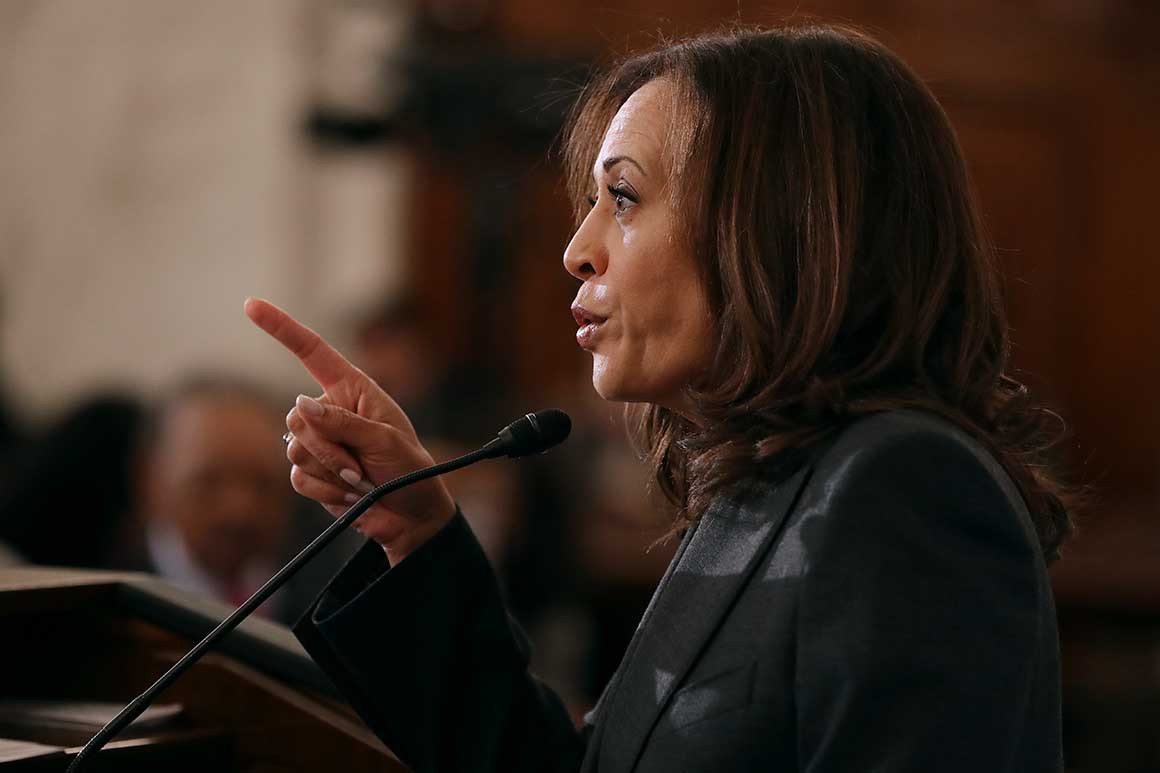 Larry Wallace, a top aide to Sen. Kamala Harris (D-Calif.), resigned Wednesday, amid allegations of harassment during his tenure at the California Department of Justice.

“We were unaware of this issue and take accusations of harassment extremely seriously,” Lily Adams, a spokesperson for Harris, said in a statement. “This evening, Mr. Wallace offered his resignation to the senator and she accepted it.”

Wallace’s resignation came after the Sacramento Bee asked about a $400,000 settlement to end a lawsuit from Danielle Hartley, who was Wallace’s assistant at the California Department of Justice. Wallace was director of the Division of Law Enforcement, under Harris who was state attorney general at the time.

Hartley, who sued the California Department of Justice in December 2016, said she had “concerns she was being harassed and demeaned due to her gender.”

“This included Wallace placing his printer underneath his desk on the floor and ordering Hartley to put paper in [his] printer or replace the ink on a daily basis,” the lawsuit said. “Hartley requested that the printer be moved to another location so she would not have to bend down on her knees under the desk in her dresses and skirts, but Wallace refused.”

Hartley further alleged she was retaliated against after reporting Wallace’s behavior to her supervisor.

Wallace was a senior adviser in Harris’ Sacramento office. His resignation comes as Harris contemplates a 2020 run for president.

Harris has been active in the #MeToo movement and introduced legislation earlier this year with Sen. Lisa Murkowski (R-Alaska) that would prohibit employers from subjecting employees to mandatory non-disclosure agreements when it comes to workplace harassment.

Source: https://www.politico.com/story/2018/12/05/kamala-harris-staffer-resigns-harassment-allegations-1046435
Droolin’ Dog sniffed out this story and shared it with you.
The Article Was Written/Published By: mlevine@politico.com (Marianne LeVine)