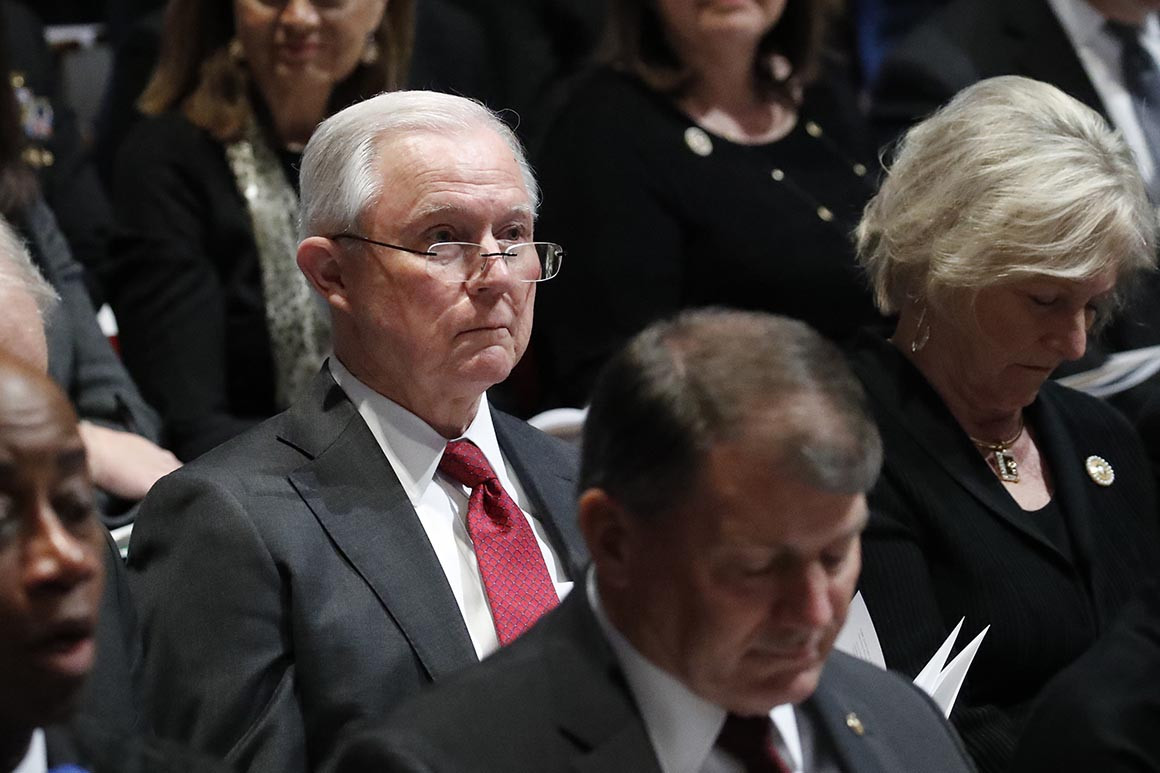 Jeff Sessions doesn’t sound eager to run for his old Senate seat in 2020.

The former attorney general and Alabama senator said in an interview on Wednesday that he doesn’t miss being a senator and won’t be deciding anytime soon about running. Sen. Doug Jones (D-Ala.) is seen as the most vulnerable incumbent on the ballot in two years — and Sessions is viewed as a prime candidate to beat him.

But after enduring months of attacks from President Donald Trump for recusing himself from the Russia probe, and being chased from his attorney general perch after the midterms, Sessions sounds eager to decompress.

“I’ve been clearing my brain. I think that’s a fair statement,” he said during a ride on the Senate subway following George H.W. Bush’s funeral. “I’ll go to Alabama, do some things and then that will clarify things a little more before I worry about making a statement.”

Sessions was chatty as ever. He raised doubts about the criminal justice reform effort in the Senate and defended acting attorney general Matt Whitaker, who’s been criticized by Democrats for being appointed to the role despite not being a Senate-confirmed official.

He also made clear he’s not itching to get his old Senate office back.

“No. I mean, no,” the 71-year-old former senator said when asked if he misses the chamber in which he served for two decades. “I could go back and spend time in the woods. I’ve got 10 grandchildren, oldest is 11.”

Jones stunned members parties when he won a special election for Sessions’ old seat, triggered by his appointment as attorney general. Sen. Luther Strange (R-Ala.) was selected to serve on an interim basis, but he lost to Roy Moore in a Republican primary. Hobbled by multiple allegations that he sexually assaulted teenage girls as a younger man, Moore was defeated by Jones in the general election.

Sessions didn’t have a general election challenger when he last ran in 2014, though he might face a GOP primary challenge if he decides to challenge Jones.

At least at this moment, though, that looks like a long shot. Sessions has told former colleagues that running for the Senate could be seen as a demotion after serving in Trump’s Cabinet.

Source: https://www.politico.com/story/2018/12/05/sessions-senate-1045832
Droolin’ Dog sniffed out this story and shared it with you.
The Article Was Written/Published By: Burgess Everett