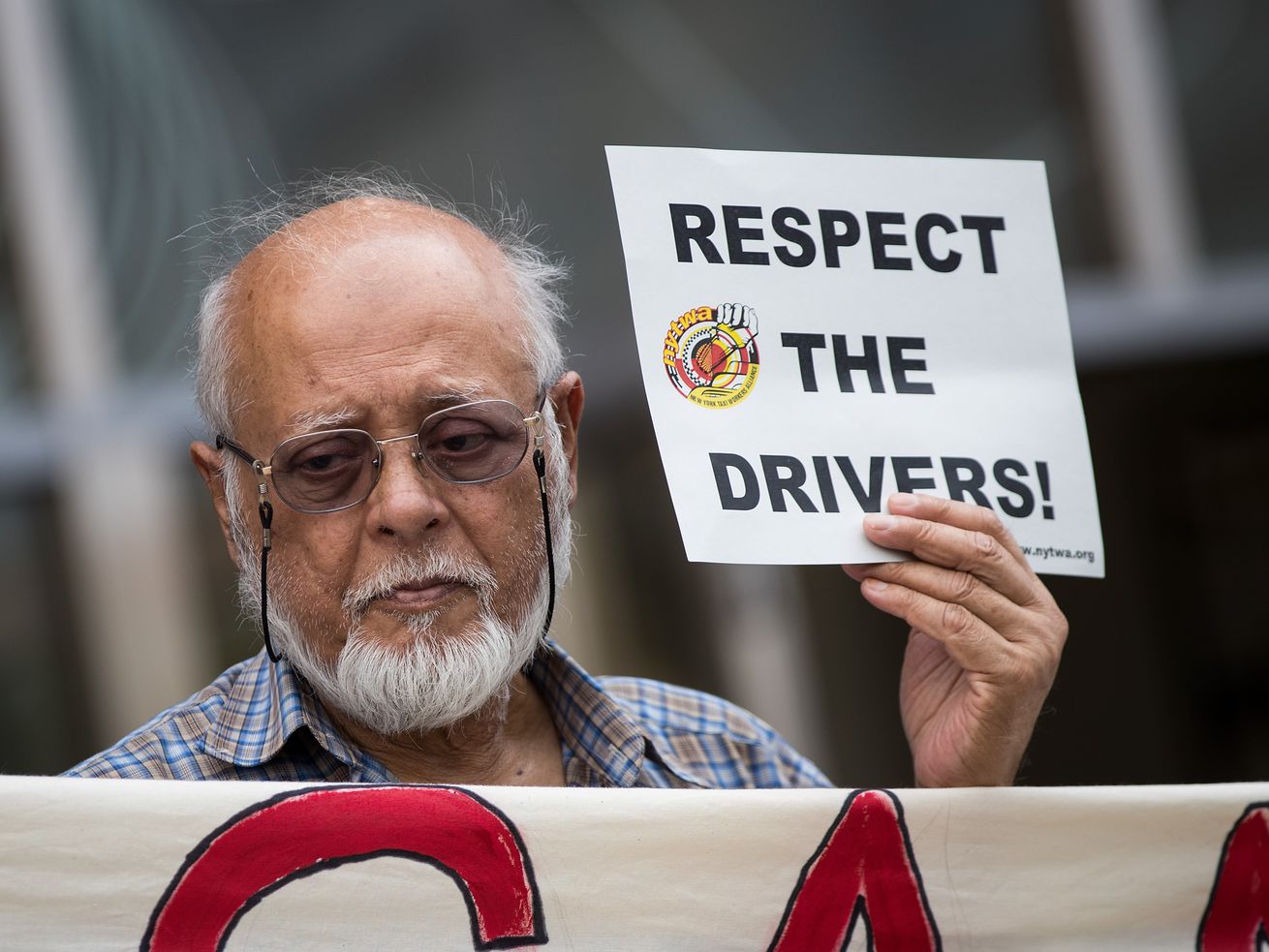 The move could create a precedent for other U.S. cities where ride-hail drivers are organizing to earn higher wages.

Drivers for ride-hailing apps like Uber and Lyft will be guaranteed a minimum pay rate of around $17 an hour in New York City thanks to a new set of rules aimed at securing workers’ right to a living wage.

The New York City Taxi and Limousine Commission voted this morning to mandate the wage floor of $17.22 per hour after expenses for drivers — or $26.51 per hour before expenses. This will raise the average pay for over 77,000 drivers by around $9,600 a year with “minimal disruption to passengers,” according to the commission’s analysis, although ride-sharing app companies say it could lead to an increase in rates for riders.

Currently, the commission estimates drivers for the major ride-hailing app companies in New York City are making $11.90 an hour after expenses. That’s below the city’s current minimum wage of $13 an hour, which is set to increase to $15 by the end of the year.

The move comes at a time when many gig economy workers are struggling to get by as they’re facing increasingly lower wages and higher costs of living in major cities such as New York. It could also set a precedent for other cities; Seattle’s city council has considered similar rules around pay.

“Today we brought desperately needed relief to 80,000 working families. All workers deserve the protection of a fair, livable wage and we are proud to be setting the new bar for contractor workers’ rights in America,” wrote Jim Conigliaro, Jr., founder of the Independent Drivers Guild, a leading group advocating for the pay increases, in a statement released this morning. Conigliaro told Recode that his group has been campaigning for two years to see these changes.

Ride-hailing companies have raised concerns about the new pay rules, which they say could have negative consequences. For one, companies like Lyft and Uber say that the rules are designed in a way to allow competitors to undercut them on wages. They also raised concerns that the new rules could discourage drivers from making longer trips out of the city center because it sets a lower rate to be paid to drivers outside Manhattan.

A spokesperson for Lyft sent Recode the following statement shortly before the vote:

“Lyft believes all drivers should earn a livable wage and we are committed to helping drivers reach their goals. Unfortunately, the TLC’s proposed pay rules will undermine competition by allowing certain companies to pay drivers lower wages, and disincentive drivers from giving rides to and from areas outside Manhattan. These rules would be a step backward for New Yorkers, and we urge the TLC to reconsider them.”

Uber Director of Public Affairs Jason Post issued a statement after the vote echoing similar concerns. He also claims that fares would increase.

The statement reads in part, “Uber supports efforts to ensure that full-time drivers in NYC” can earn a living wage but that the “TLC’s implementation of the City Council’s legislation to increase driver earnings will lead to higher than necessary fare increases for riders while missing an opportunity to deal with congestion in Manhattan’s central business district.”

The rules around the wage minimum are set to go into effect in 30 days.

Source: https://www.recode.net/2018/12/4/18125789/uber-lyft-drivers-wage-minimum-new-york
Droolin’ Dog sniffed out this story and shared it with you.
The Article Was Written/Published By: Shirin Ghaffary