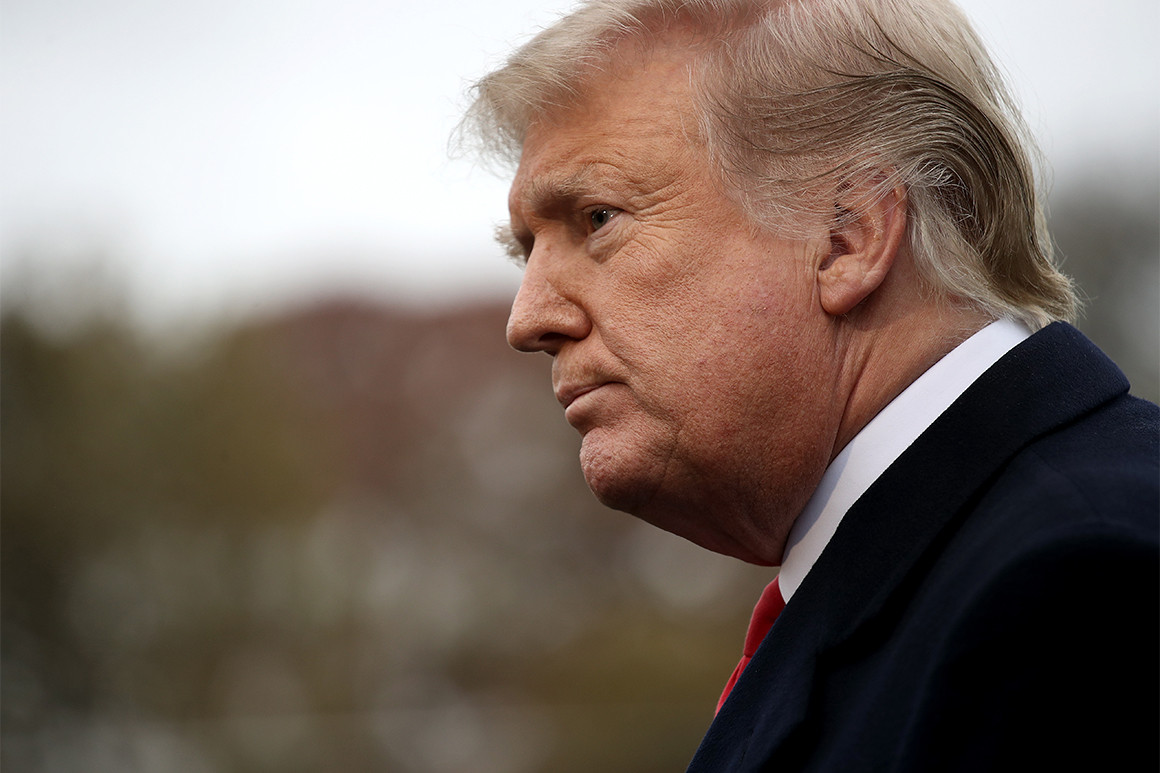 The Justice Department is planning an unusual appeal to stop the governments of the State of Maryland and the District of Columbia from using a federal lawsuit to demand access to information about whether President Donald Trump is using his luxury Washington hotel to unconstitutionally profit from his office.

Last month, U.S. District Court Judge Peter Messitte turned down Trump’s request for permission to seek an appeal of early rulings in the case that went against him. Now, federal government lawyers say they plan to appeal anyway, using a rarely invoked process that can block a wayward judge from pressing on with a course of action alleged to be illegal or improper.

On Friday, the Justice Department informed Messitte that the federal government plans to try to get the Richmond-based 4th Circuit Court of Appeals to halt the case.

“The Solicitor General of the United States has authorized the filing in the U.S. Court of Appeals for the Fourth Circuit of a petition for writ of mandamus against this Court’s orders declining to dismiss the case and to certify an interlocutory appeal, as well as an application for a stay of District Court proceedings pending resolution of the mandamus petition,” Justice Department attorneys wrote.

Lawyers for Maryland and Washington, D.C.. have asked the judge to open a six-month discovery period where they could take depositions from witnesses, demand records and issue written questions focused on how the Trump International Hotel’s business has benefited from Trump’s election as president.

The attorneys general of D.C. and Maryland have said they may seek “limited discovery” from Trump directly, but will try other sources of information first.

The suit, filed in June, alleges that Trump is violating two “emoluments” clauses in the Constitution by using his Pennsylvania Avenue hotel to reap financial dividends from his presidency. One provision covers business with foreign governments. The other prohibits federal officials from profiting from financial relationships with individual states.

The Trump Organization has pledged to donate to the U.S. Treasury any profits from hotel business with foreign governments. However, there is little transparency about how those amounts are calculated.

In his ruling last month denying Trump permission to appeal in the case, Messitte also noted that while lawyers representing Trump in the emoluments case were complaining that litigation would be a distracting burden for the president, the president regularly threatens to sue those he feels aggrieved by.
“It bears noting that the President himself appears to have had little reluctance to pursue personal litigation despite the supposed distractions it imposes upon his office,” the judge wrote.

Earlier this year, Messitte — an appointee of President Bill Clinton — issued an opinion turning down arguments from Justice Department attorneys that Maryland and D.C. lacked legal standing to pursue the emoluments issue against Trump. The judge also rejected arguments from Trump’s lawyers that the Constitution’s definition of emoluments includes only direct payment for official services and excludes all private business transactions.

Messitte, who sits in Greenbelt, had indicated he planned to issue an order opening discovery in the case Monday. Without some intervention by the 4th Circuit, the first formal exchange of information would likely be due within a week.

A similar suit against Trump brought by Democratic lawmakers cleared an initial hurdle in federal court in Washington , while a pair of suits filed in New York were thrown out by a judge there. That decision is on appeal.

Source: https://www.politico.com/story/2018/12/02/trump-emoluments-lawsuit-1037419
Droolin’ Dog sniffed out this story and shared it with you.
The Article Was Written/Published By: jgerstein@politico.com (Josh Gerstein)