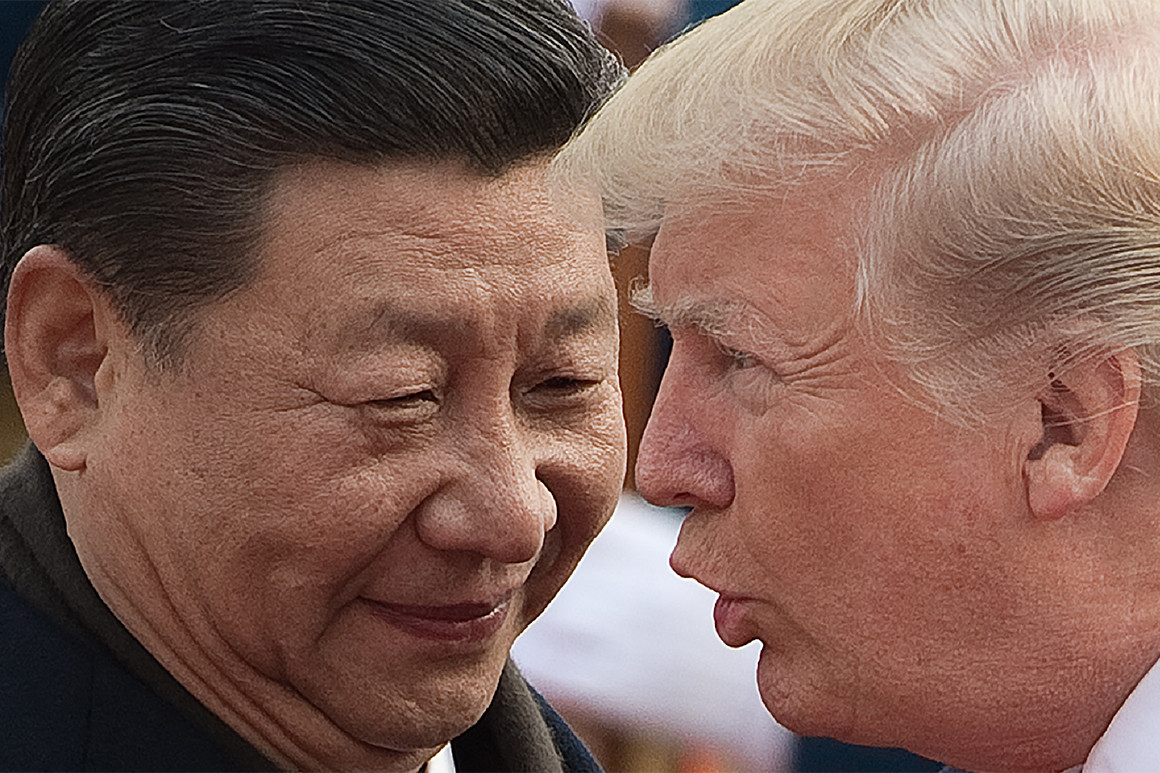 BUENOS AIRES, Argentina — They ate. They talked. They struck a temporary cease-fire to a trade war that has roiled relations for the past year.

Most of all, President Donald Trump and President Xi Jinping postponed the day of reckoning in U.S.-China trade relations for another three months.

That outcome from a much-anticipated dinner meeting between Trump and Xi in Buenos Aires on Saturday sets up an extremely challenging time frame for China to make the extensive structural changes that the U.S. has been demanding all year and that hard-liners in the Trump administration will undoubtedly seek during the coming talks.

“If Xi’s history is any judge, we will just see more of the same and no substantial changes,” said Scott Kennedy, a China expert at the Center for Strategic and International Studies.

The Chinese president has the authority to “drive a new wave of liberalization,” but may avoid taking steps that could risk threatening China’s economic order, Kennedy added.

Trump has imposed tariffs on $250 billion worth of Chinese goods since July after accusing Beijing of effectively subsidizing state-owned firms, forcing U.S. firms to hand over technology in order to do business there and tolerating outright intellectual property theft.

The cease-fire arrangement came with no public guarantee from China that it would address those issues.

At least one win for Trump would be if China carries through on its promise to resume buying soybeans and other farm products right away. The $110 billion in retaliatory tariffs imposed by China have hurt U.S. farmers particularly hard.

As part of the deal reached Saturday night, China agreed to buy “a very substantial amount of agricultural, energy, industrial, and other product from the United States to reduce the trade imbalance between our two countries,” White House spokeswoman Sarah Huckabee Sanders said in a statement. “China has agreed to start purchasing agricultural product from our farmers immediately.”

Other China watchers, however, said the news from the dinner amounted to the two countries kicking the can down the road. The official Chinese statement made no mention of specific products or dollar amounts it would buy.

“The obvious takeaway is we’ve gotten nowhere on conventional trade talks,” said Derek Scissors, a resident scholar at the American Enterprise Institute who has provided advice to the administration on China policy.

For his part, Trump called the outcome of the meeting an “incredible deal.”

“China will be opening up. China will be getting rid of tariffs,” he told reporters aboard Air Force One after the meeting. “You know, China right now has major trade barriers — they’re major tariffs — and also major non-tariff barriers, which are brutal.”

The most immediate outcome from the agreement was a U.S. decision to delay tariff increases on $200 billion worth of Chinese goods that were scheduled to go into force on Jan. 1.

But to avoid those duties rising to 25 percent, from 10 percent currently, the two sides have reached agreement on an array of tough issues that have stymied them so far.

Trump has already set another 25 percent on another $50 billion of Chinese goods and threatened eventually to slap tariffs on all of China’s exports to the United States. Those totaled about $505 billion in 2017.

U.S. Trade Representative Robert Lighthizer and other hard-liners in the administration believe China’s actions pose both an existential threat and an intentional grab at U.S. innovation in order for Beijing to dominate next-generation, high-tech sectors.

The main question many were asking was whether China would be able to commit to making any substantive changes to the U.S. complaints that justified the tariffs.

“We’re now eight months into this conflict. So why will the Chinese government move in 90 days when they didn’t [on Saturday]? What changes between now and then?” said Scott Lincicome, a trade attorney and adjunct scholar at the Cato Institute.

However, the Trump administration has shown an aversion to lengthy negotiations and has voiced particular concern about getting drawn into long, drawn-out talks with China that prove unsuccessful.

Dan DiMicco, a former trade adviser to the Trump campaign and transition official, said he doesn’t trust China to make “fundamental changes” without a stronger response from the U.S.

“They should have put the 25% tariffs in place and then negotiated….and that may still happen in 90 days. If [China does] as I believe and just stall, then we will see the final $270 billion get tariffs as well!” DiMicco, a former CEO of Nucor, one of the largest U.S. steel producers, said in an email.

One source speculated “the three Ms — Mueller, midterms and markets” may have prompted Trump to strike a deal that would restart agricultural and energy exports to China — referring to special counsel Robert Mueller’s Russia investigation, the Republican loss of the House in last month’s elections and stock market losses over the past several months because of concerns stemming from the trade war.

Meanwhile, major U.S. business groups like the U.S.-China Business Council struck a hopeful tone that the 90-day cease-fire could result in a positive outcome on U.S. demands.

The group’s president, Craig Allen, applauded the decision to freeze the tariff increase but also called for a plan that would remove all the tariffs that countries have imposed on one another and make meaningful progress on the range of concerns the U.S. has raised.

Retailers were happy that Trump is not going forward with an action that would raise duties on everyday consumer items like mattresses, apparel items, paper goods and furniture. In addition, Trump’s threat to impose duties on all Chinese imports is on hold for at least another three months.

“Negotiators on both sides now have a reasonable 90-day window to achieve meaningful outcomes in key areas of concern affecting U.S. businesses, such as IP theft, forced technology transfer, and market access,” Myron Brilliant, the U.S. Chamber of Commerce’s head of international affairs, said in a statement.

Source: https://www.politico.com/story/2018/12/02/trump-china-trade-war-1006292
Droolin’ Dog sniffed out this story and shared it with you.
The Article Was Written/Published By: arestuccia@politico.com (Andrew Restuccia)