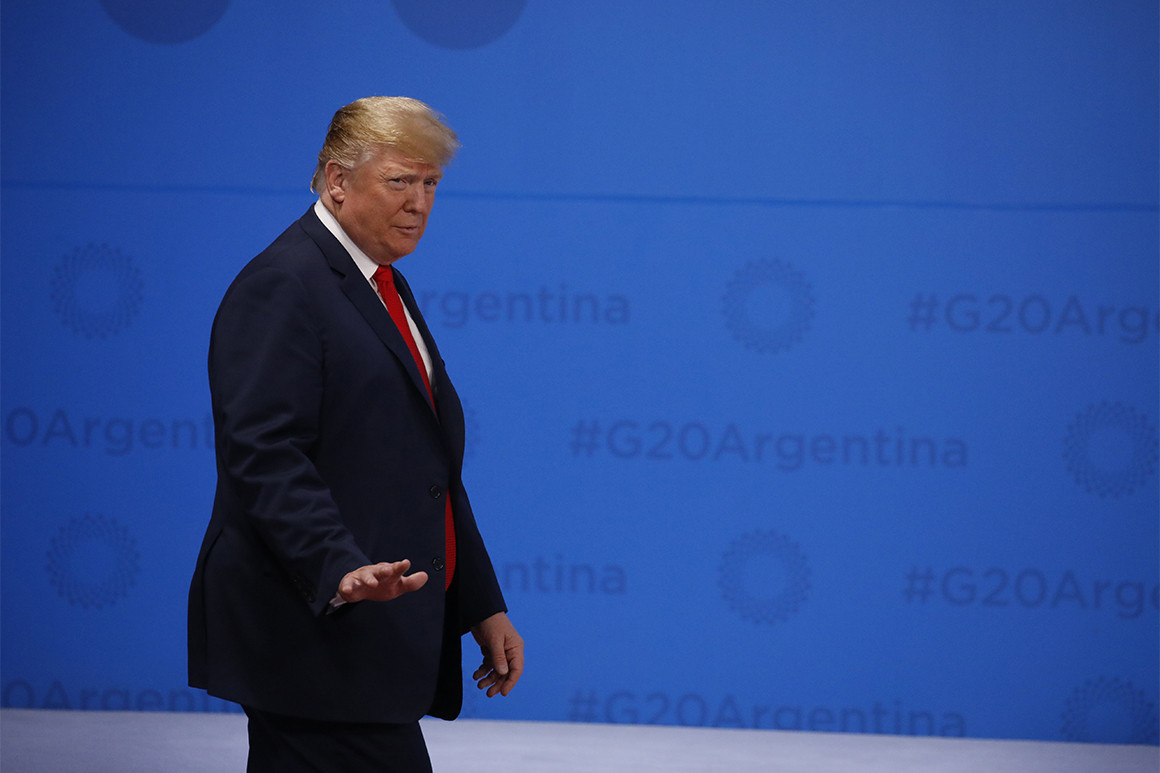 BUENOS AIRES — President Donald Trump canceled a scheduled Saturday afternoon press conference on the sidelines of the G-20 summit here, asserting that such an event would be disrespectful after George H.W. Bush’s death.

“I was very much looking forward to having a press conference just prior to leaving Argentina because we have had such great success in our dealing with various countries and their leaders at the G20….,” Trump wrote on Twitter, adding in a second tweet, “….However, out of respect for the Bush Family and former President George H.W. Bush we will wait until after the funeral to have a press conference.”

Bush’s death, which was announced by his office on Friday night, is certain to reverberate throughout the G-20 conference of world leaders. Trump usually delights in holding court with the press, and aides said he was eager to tout his performance during the summit.

The president has a strained relationship with the Bush family. He did not attend former First Lady Barbara Bush’s April funeral, and he lambasted Jeb Bush during the presidential campaign.

But the White House announced on Saturday that Trump and First Lady Melania Trump will attend Bush’s Washington, D.C. funeral, adding that he was scheduled to speak with former President George W. Bush on Saturday morning.

Source: https://www.politico.com/story/2018/12/01/trump-cancels-press-conference-bush-death-1037041
Droolin’ Dog sniffed out this story and shared it with you.
The Article Was Written/Published By: arestuccia@politico.com (Andrew Restuccia)