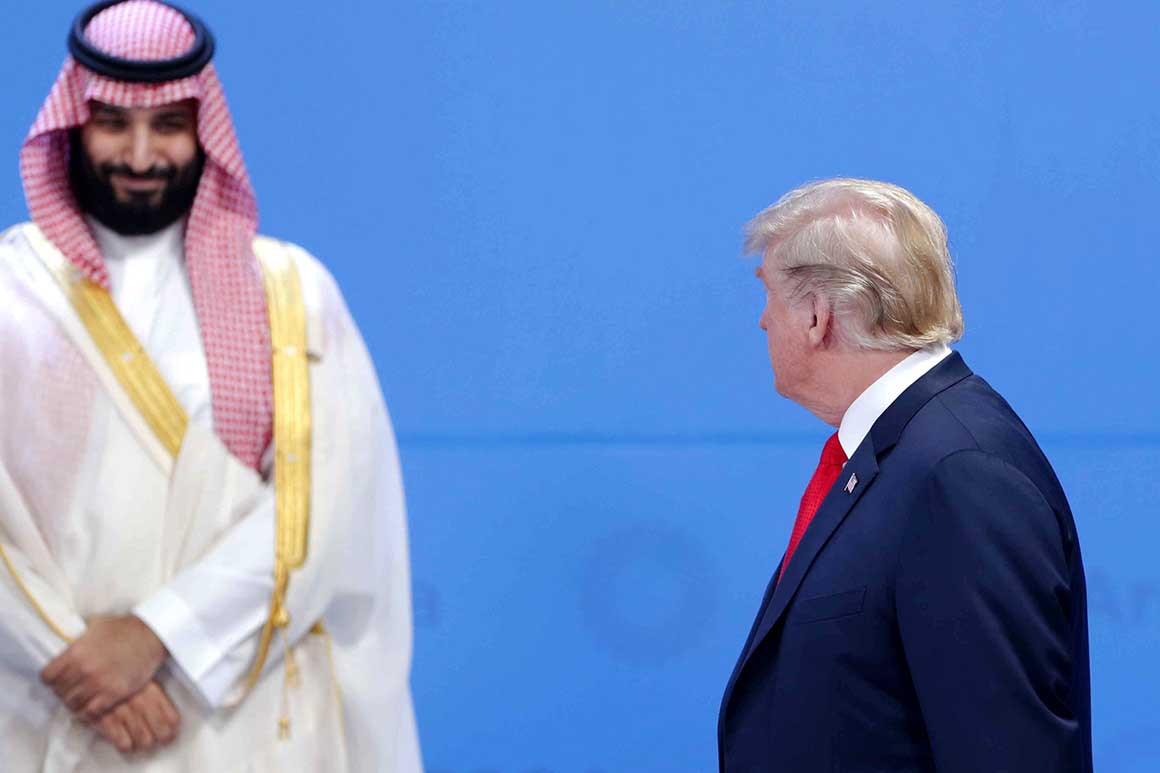 BUENOS AIRES, Argentina — President Donald Trump spoke briefly with Saudi Crown Prince Mohammed bin Salman on Friday on the sidelines of the G-20 summit, a move that could further inflame tensions both in the United States and abroad.

The exchange between the two leaders was not scheduled, and comes after U.S. and Turkish intelligence have both reportedly concluded that the crown prince ordered the killing of journalist Jamal Khashoggi.

A White House official downplayed the interaction, saying, “They exchanged pleasantries at the leaders session as he did with nearly every leader in attendance.”

Trump has said that he is unsure whether the crown prince was involved in ordering Khashoggi’s murder, and that he stands by the United States’ partnership with the Saudis. Lawmakers on both sides of the aisle, however, have called on the president to heavily sanction Saudi Arabia.

Khashoggi, who was living in exile in the United States, was last seen entering the Saudi consulate in Istanbul in October. Saudi officials have shifted their story multiple times about Khashoggi’s murder, eventually arresting 18 people and acknowledging that he was killed was visiting the consulate.

Earlier in the week, press secretary Sarah Huckabee Sanders said at a press briefing that a formal meeting was not planned due to the president’s tight schedule, but she would not rule out that the two could interact.

There’s also been heightened anticipation about whether Trump will interact with Russian President Vladimir Putin, especially after the White House yanked a formal meeting with him, citing Russia’s capture of several Ukrainian ships earlier this week.

Asked by a reporter on Friday whether he’s going to be exchanging pleasantries with Putin during the summit, Trump said, “I don’t know. Not particularly. I don’t know.”

Source: https://www.politico.com/story/2018/11/30/trump-saudi-prince-mohammed-bin-salman-g20-2018-1035146
Droolin’ Dog sniffed out this story and shared it with you.
The Article Was Written/Published By: rmorin@politico.com (Rebecca Morin)