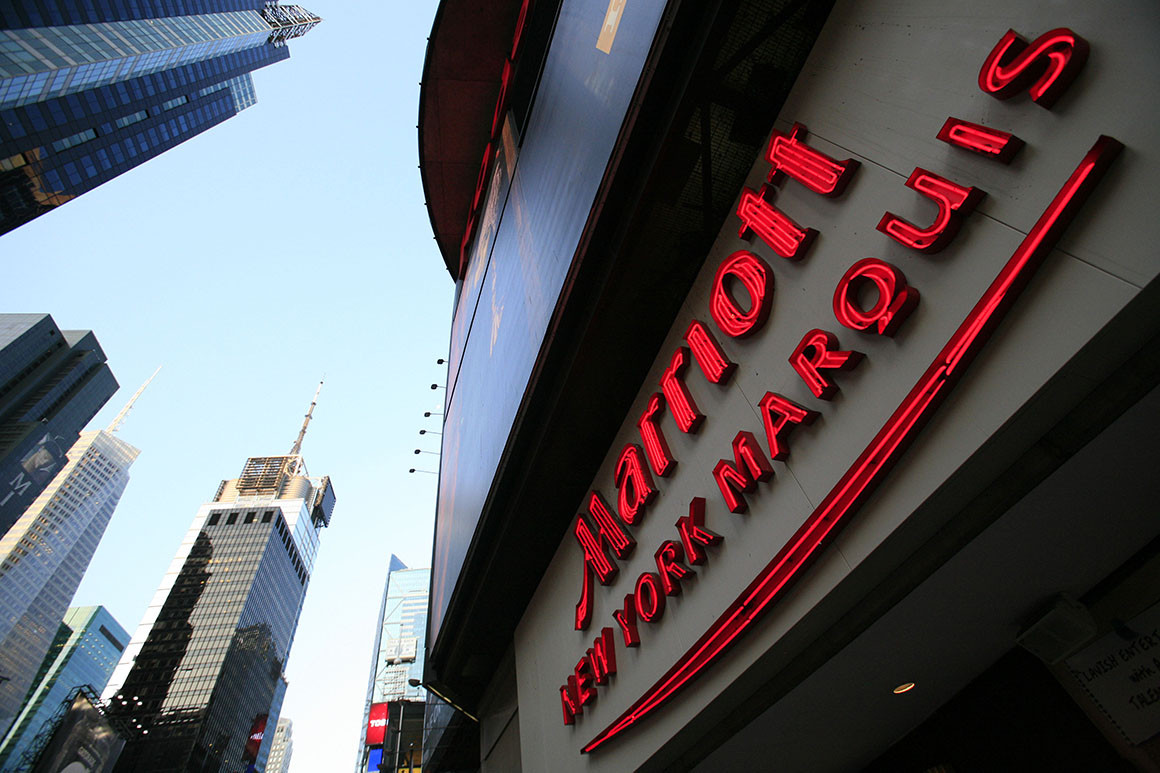 The compromised data included detailed information — including names, mailing addresses, phone numbers, passport numbers and dates of birth — for 327 million people, Marriott said, as well as payment information for some of those people, although the company said that data was encrypted.

The intrusion began in 2014 and was discovered on Nov. 19, the company said.

“We fell short of what our guests deserve and what we expect of ourselves,” said Marriott President and Chief Executive Officer Arne Sorenson. “We are doing everything we can to support our guests, and using lessons learned to be better moving forward.”

The company, which is working with law enforcement to investigate the breach, said it would begin emailing affected guests today. It is also offering victims free access to a service that monitors the internet for their personal information.

Source: https://www.politico.com/story/2018/11/30/marriott-hack-data-breach-1034618
Droolin’ Dog sniffed out this story and shared it with you.
The Article Was Written/Published By: egeller@politico.com (Eric Geller)