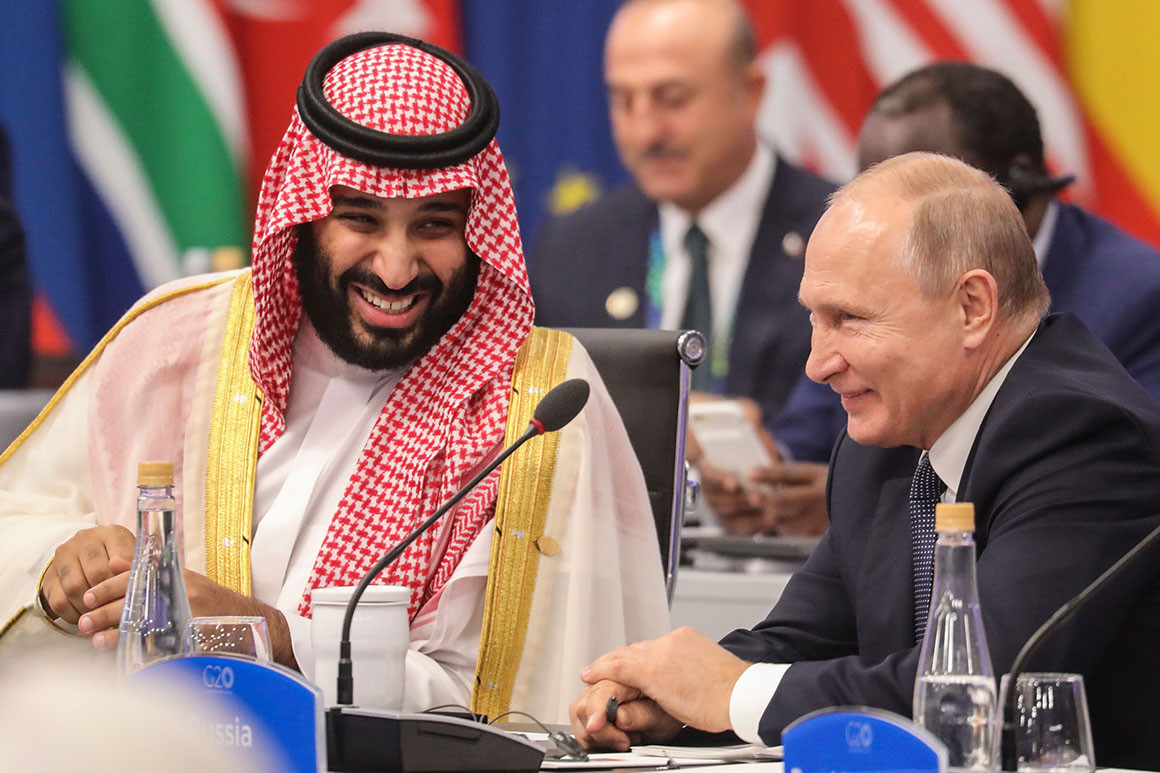 The interaction comes as world leaders zero in on the crown prince for allegedly ordering the murder of Saudi journalist Jamal Khashoggi. President Donald Trump, who walked into the room alone in the background while the two rulers embraced, had essentially absolved bin Salman of any culpability in the murder, arguing it was impossible to know for sure.

President Mauricio Macri of Argentina, however, made it clear that any involvement by the crown prince in Khashoggi’s death was on the table for discussion at the summit. During the group’s “family photo,” bin Salman was pushed to a far corner of the group and quickly left once the photo was finished without talking to other world leaders, Reuters reported. Trump and Putin stood in the front row, separated by four other top world officials.

U.S. and Turkish intelligence reported that the crown prince was responsible for ordering the assassination, and American lawmakers from both parties have pressured Trump to look into aggressively sanctioning Saudi Arabia. But Trump has so far demurred on doing so.

The overtly warm exchange occurred as world leaders shuffled into a meeting room for a working lunch. Putin and bin Salman clapped hands with brimming grins as they took their seats next to each other. While other world leaders made pleasant small talk, Putin and the crown prince seemed particularly warm in comparison. A video of the two circulated on Twitter Friday shortly after the exchange occurred.

It’s unclear if Trump plans to meet the two leaders: he tweeted Thursday that a previously planned meeting with Putin was canceled, though the Kremlin has suggested the two would still meet informally. Trump also told reporters Thursday that he didn’t have the time to meet with bin Salman, but that was before his tweet canceling with Putin.

Source: https://www.politico.com/story/2018/11/30/g20-putin-saudi-crown-prince-trump-1035142
Droolin’ Dog sniffed out this story and shared it with you.
The Article Was Written/Published By: Matthew Choi