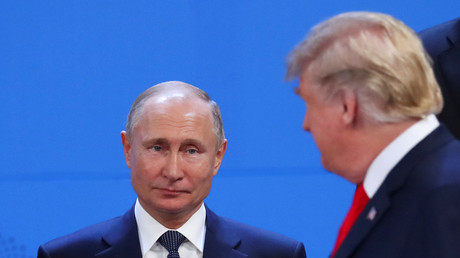 The presidents of the US and Russia apparently haven’t even said hello or shaken hands at the G20 summit, after their planned meeting was canceled. But as the two almost crossed paths, cameras captured their glances and smiles.
Read Full Article at RT.com

Source: https://www.rt.com/news/445291-putin-trump-ignore-g20/?utm_source=rss&utm_medium=rss&utm_campaign=RSS
Droolin’ Dog sniffed out this story and shared it with you.
The Article Was Written/Published By: RT