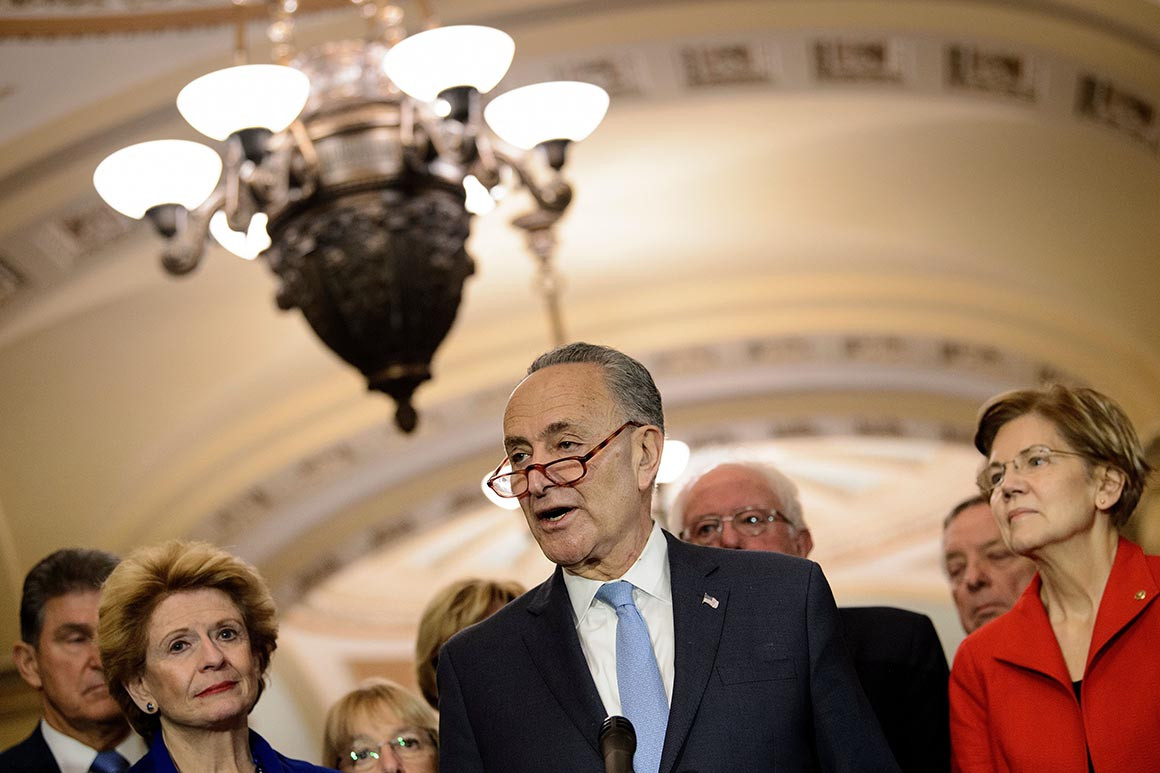 Schumer said Trump could either accept a bipartisan bill to fund the Department of Homeland Security or simply extend existing funding levels for one more year, a disappointment for a president who wants to increase border security spending.

“Seven bipartisan appropriations bills are hanging in the balance for one reason and one reason only: President Trump,” Schumer said on the Senate floor.

Congress has until Dec. 7 to avoid a partial government shutdown, with funding for Trump’s border wall the biggest issue. The president has asked that Congress provide $5 billion for the wall, far higher than Democrats support.

In his speech, Schumer blasted the Trump administration for not spending the $1.3 billion Congress already allocated for border security and accused the president of “trying to manufacture a shutdown to fire up his own base.”

He said Democrats would support two options: the Senate’s bipartisan DHS spending bill or a continuing resolution that would freeze the department’s budget until October 2019.

“This bipartisan negotiated deal remains on the table and would certainly receive more than 60 votes in the Senate,” Schumer said of the Senate spending bill, which was overwhelmingly backed by GOP appropriators.

Trump has said he would oppose that bill because it contains just $1.6 billion for border security.

The only other option to keep the government open, Schumer contended, is a yearlong stopgap for DHS, while funding other agencies at their full budgets for the next fiscal year.

Source: https://www.politico.com/story/2018/11/29/schumer-trump-government-shutdown-1031319
Droolin’ Dog sniffed out this story and shared it with you.
The Article Was Written/Published By: sferris@politico.com (Sarah Ferris)