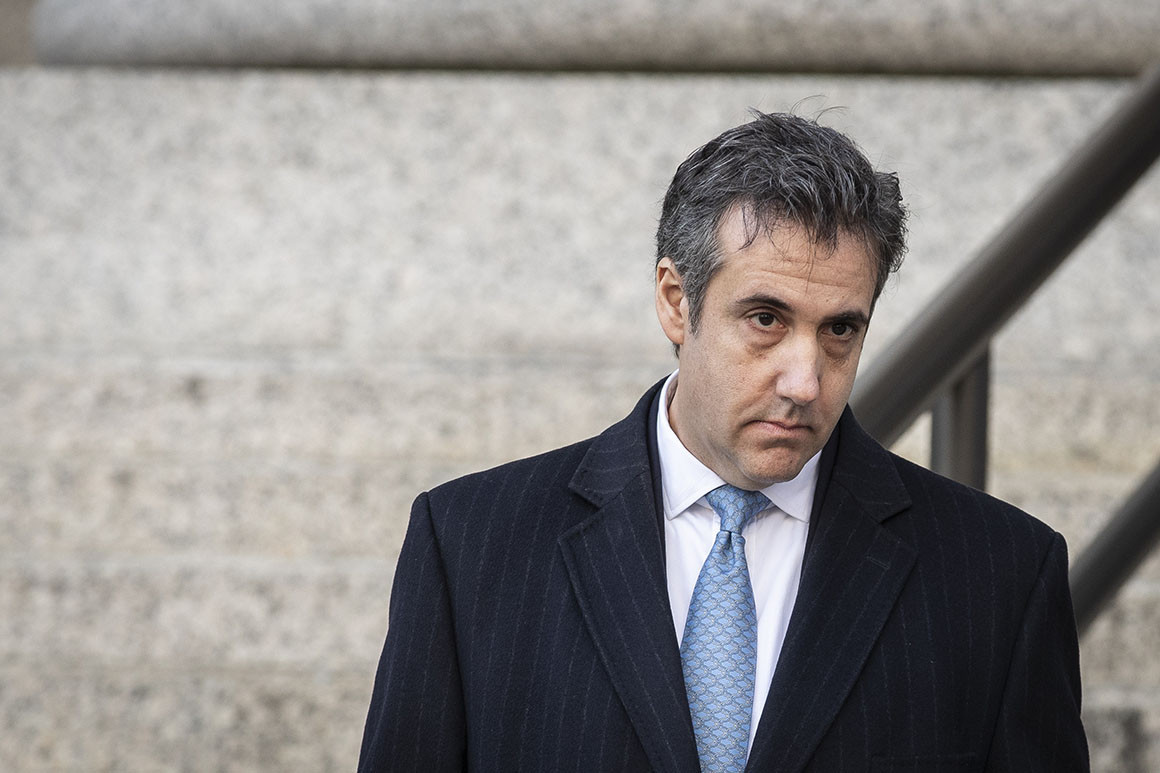 President Donald Trump’s former personal lawyer Michael Cohen admitted Thursday to a criminal charge of making false statements to Congress, with prosecutors saying he deliberately minimized the extent of discussions with Trump about a Moscow-based real estate project and obscured the fact that conversations about the proposed development continued well into the 2016 presidential campaign.

The felony charge Cohen pleaded guilty to Thursday was the first brought against Cohen by special counsel Robert Mueller. While Trump was not directly accused of any wrongdoing, the charge brings the president closer to an effort to obstruct attempts to investigate alleged contacts between the Trump campaign and Russia.

In August, Cohen pleaded guilty to eight other felony counts brought by federal prosecutors in New York, including charges that he violated campaign finance laws by agreeing with Trump during the campaign to make hush money payments to women claiming to have had sexual encounters with Trump.

In the new criminal charge unveiled Thursday, Cohen admitted that while he told the House and Senate Intelligence Committees last year that consideration of the proposed Moscow “Trump Tower” project ceased by January 2016 — around the time of the Iowa caucuses in the presidential race — the business proposal remained under discussion through “as late as approximately June 2016.”

If the Moscow project in fact remained live through June 2016, it could have been a significant factor in the decision by various Trump aides and family members to attend a June 7, 2016 “Trump Tower” meeting with individuals with close ties to the Russian government. That session has been a key focus of Mueller’s prosecutors and congressional investigators probing potential collusion between the Trump campaign and Moscow.

Trump is not referred to by name in the new charges, but the court filing submitted by Mueller’s team identifies “Individual 1” as the owner of the firm where Cohen worked.

“COHEN discussed the status and progress of the Moscow Project with Individual 1 on more than the three occasions COHEN claimed to the Committee, and he briefed family members of Individual 1 within the Company about the project,” the charges say.

The new charges note that Cohen himself stressed in a written statement to the Senate committee in September 2017 that the Moscow project was abandoned ahead of the first crucial tests for the Trump campaign.

“I assume we will discuss the rejected proposal to build a Trump property in Moscow that was terminated in January of 2016; which occurred before the Iowa caucus and months before the very first primary. This was solely a real estate deal and nothing more,” Cohen declared at the time.

However, Trump also defended the Moscow-focused real estate development drive as legitimate, while emphasizing that it never came to pass.

Trump also said there was nothing wrong with his team continuing to pursue business deals even as his campaign advanced.

“When I run for president, that doesn’t mean that I’m not allowed to do business,” he said.

Since before taking office and as the Mueller probe has gathered steam in recent months, Trump has regularly downplayed and denied any business links to Moscow.

“Russia has never tried to use leverage over me. I HAVE NOTHING TO DO WITH RUSSIA – NO DEALS, NO LOANS, NO NOTHING!” Trump tweeted in January 2017, just days before being sworn in as president.

And speaking to reporters on Air Force One two months ago, Trump emphasized that he was not in contact with Russians during the 2016 campaign.

Matthew Choi contributed to this report.

Source: https://www.politico.com/story/2018/11/29/michael-cohen-plea-deal-mueller-1027408
Droolin’ Dog sniffed out this story and shared it with you.
The Article Was Written/Published By: jgerstein@politico.com (Josh Gerstein)