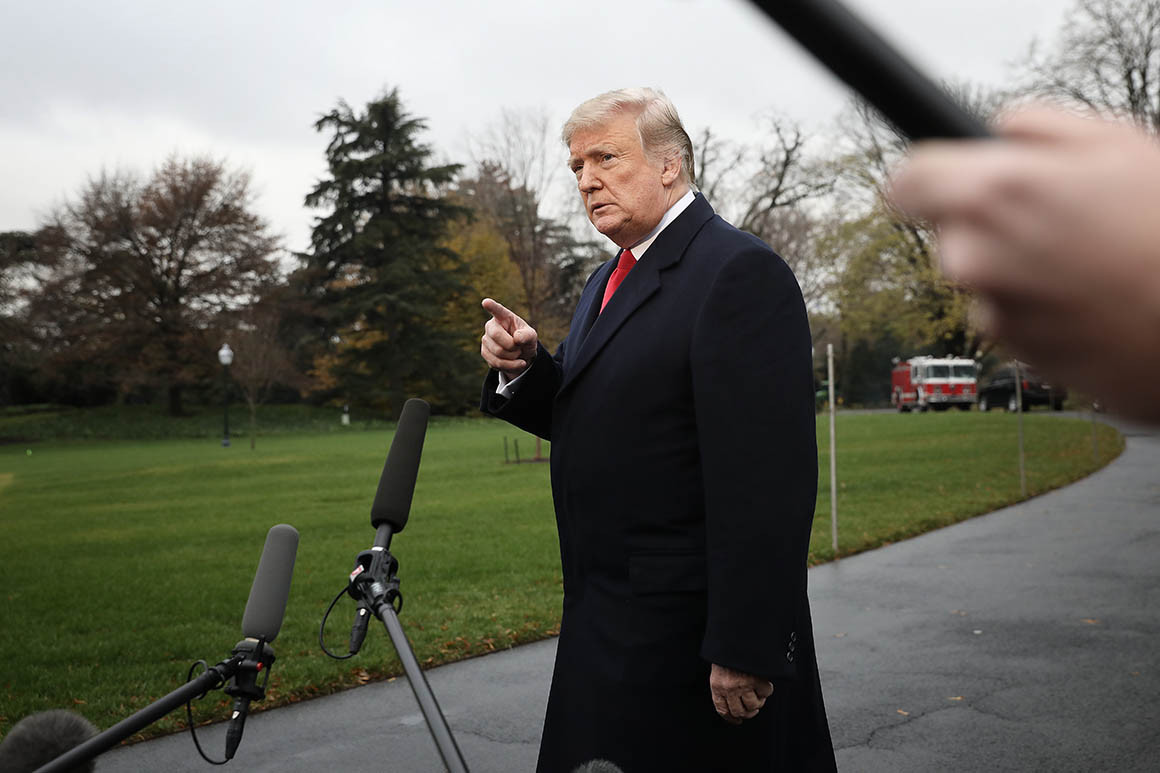 Donald Trump suggested on Wednesday that special counsel Robert Mueller and his team are bullying witnesses into lying about collusion in order to be spared punishment, marking the president’s latest attempt to discredit the Russia probe.

The president on Wednesday complained in a tweet that “While the disgusting Fake News is doing everything within their power not to report it that way, at least 3 major players are intimating that the Angry Mueller Gang of Dems is viciously telling witnesses to lie about facts & they will get relief.”

Though Trump did not specify to whom he was referring, Jerome Corsi, an associate of longtime Trump adviser Roger Stone, has been in the news in recent days for his refusal to agree to a plea deal with Mueller’s investigators.

Mueller’s team has investigated Corsi, who is known for his right-wing birther conspiracies, for possibly acting as a conduit between Stone and WikiLeaks founder Julian Assange. In a late-in-the-campaign bombshell, Assange published the emails of Clinton campaign chairman John Podesta that were determined to be stolen by Russian hackers.

Corsi said the special counsel’s team sought to strike a deal on one count of perjury, but Corsi has insisted that he hasn’t lied to investigators and suggested that Mueller’s prosecutors were attempting to coerce him into a plea deal.

Another major player in the Russia investigation, former Trump campaign chairman Paul Manafort, saw his plea deal put in danger this week after Mueller’s team accused him of lying to investigators. Manafort had entered into the deal and agreed to become a government witness following his first trial, but his subsequent lack of cooperation with investigators has renewed murmurs of a possible pardon from Trump.

There is no evidence that Trump’s claims are accurate, and he neglected to provide proof of his accusations. But he invoked in his tweet the time period when Americans were falsely accused and investigated without evidence of being communists, calling this moment “our Joseph McCarthy Era!”

Source: https://www.politico.com/story/2018/11/28/trump-mueller-lies-russia-probe-1023363
Droolin’ Dog sniffed out this story and shared it with you.
The Article Was Written/Published By: coprysko@politico.com (Caitlin Oprysko)