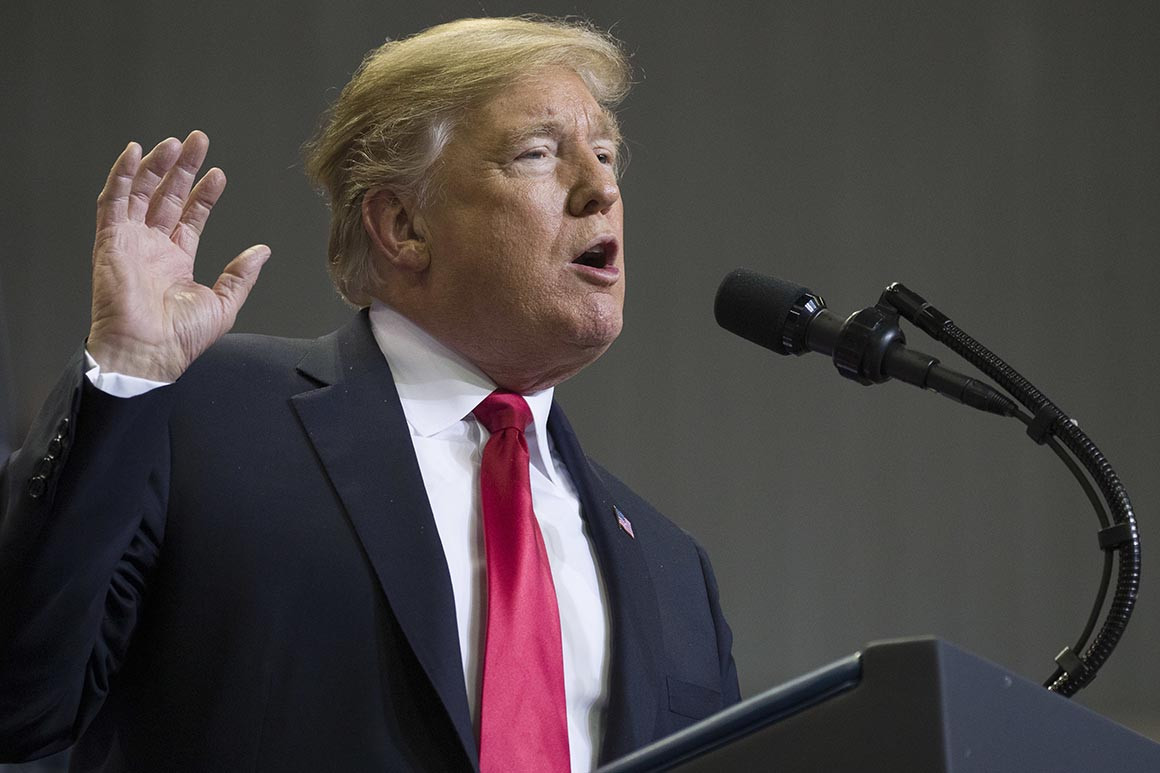 President Donald Trump on Tuesday blasted his Federal Reserve chairman and the central bank for a declining stock market and other economic woes.

“I’m doing deals, and I’m not being accommodated by the Fed,” Trump said in an interview with The Washington Post. “They’re making a mistake because I have a gut, and my gut tells me more sometimes than anybody else’s brain can ever tell me.”

Trump blamed the Federal Reserve for prompting recent stock market declines and the laying off of 15 percent of General Motors employees announced this week.

The president had used a booming stock market this year as evidence of robust economic growth under his leadership. Observers have pointed out that the stock market is not a direct indicator of economic health and that current growth trends appear to follow patterns set during the Obama administration, but Trump spurned those notions, claiming credit for himself.

But as fortunes have taken another turn recently, Trump placed responsibility for the economy’s direction on other shoulders. Trump specifically named Federal Reserve Chairman Jerome “Jay” Powell, whom he nominated last year.

“So far, I’m not even a little bit happy with my selection of Jay. Not even a little bit,” the president said in the Post interview. “And I’m not blaming anybody, but I’m just telling you I think that the Fed is way off-base with what they’re doing.”

Source: https://www.politico.com/story/2018/11/27/trump-blames-fed-chairman-for-declining-stock-market-1021482
Droolin’ Dog sniffed out this story and shared it with you.
The Article Was Written/Published By: Matthew Choi