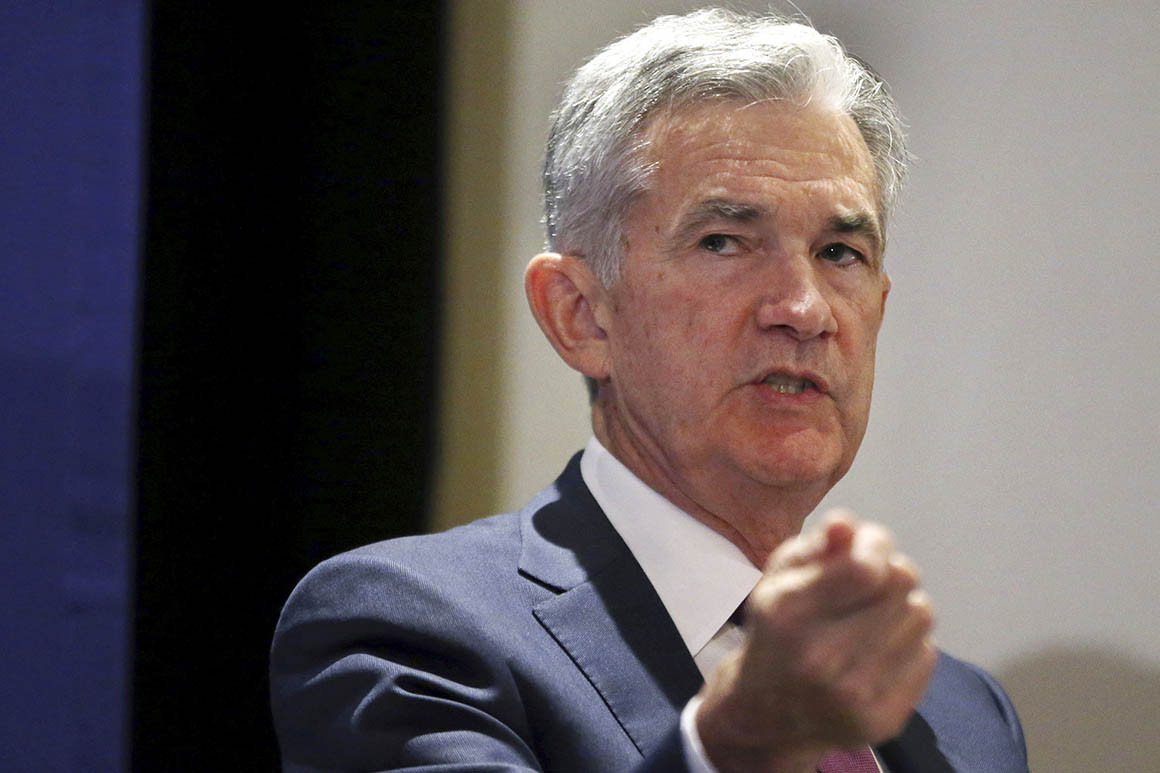 In a speech to the Economic Club of New York, Powell cautioned that while the economy is healthy now, “sound policymaking is as much about managing risks as it is about responding to the baseline forecast” — a warning that not hiking rates could have consequences down the road.

The Fed is expected to increase rates again in December and has estimated three more increases might be necessary next year.

“We also know that the economic effects of our gradual rate increases are uncertain, and may take a year or more to be fully realized,” he said. “While [Fed officials’] projections are based on our best assessments of the outlook, there is no preset policy path.”

The Fed chief, who goes by the name “Jay,” spoke just a day after Trump’s latest criticism of the central bank’s approach.

“So far, I’m not even a little bit happy with my selection of Jay,” the president told the Washington Post in an interview. “Not even a little bit. And I’m not blaming anybody, but I’m just telling you I think that the Fed is way off-base with what they’re doing.”

It was the latest in a series of increasingly blistering attacks by the president on the Fed chief, who he appointed last year.

The central bank kept rates close to zero for years in an effort to nurse the economy back to health in the wake of the 2008 financial crisis. But that approach is no longer appropriate, Powell said.

“The health of the economy gradually but steadily improved, and about three years ago the [Fed] judged that the interests of households and businesses, of savers and borrowers, were no longer best served by such extraordinarily low rates,” he said.

Trump has tended to lash out at the central bank whenever there is volatility in the stock market, a phenomenon that is sometimes but not always related to the Fed.

The central bank pays attention to stocks as an indicator of where financial conditions might be headed but is more focused on making sure such volatility doesn’t threaten the broader economy.

Still, Powell sent the stock market soaring by suggesting that interest rates are just below the so-called neutral rate at which they will neither boost nor slow growth. That suggested to many investors that fewer rate increases might be on the way.

In his speech, which was focused on the Fed’s assessment of the health of the U.S. financial system, Powell said it is “important to distinguish between market volatility and events that threaten financial stability.”

“Large, sustained declines in equity prices can put downward pressure on spending and confidence,” he said. “From the financial stability perspective, however, today we do not see dangerous excesses in the stock market.”

Overall, he said he sees moderate risks to the financial system, after walking through the findings of the Fed’s inaugural financial stability report.

“These reports should be viewed as you might view the results of a regular health checkup. We all hope for a report that is not very exciting,” he said.

“Many baby boomers like me are, however, reaching an age where a good report is, ‘Well, there are a number of things we should keep an eye on, but, all things considered, you are in good health,’” he said. “That is how I view the Financial Stability Report out today.”

Powell also underscored the importance he places on communicating the Fed’s thinking in a way that people will understand.

“By clearly and transparently explaining our policies, we aim to strengthen the foundation of democratic legitimacy that enables the Fed to serve the needs of the American public,” he said.

Source: https://www.politico.com/story/2018/11/28/powell-fed-rate-hike-campaign-992897
Droolin’ Dog sniffed out this story and shared it with you.
The Article Was Written/Published By: vguida@politico.com (Victoria Guida)