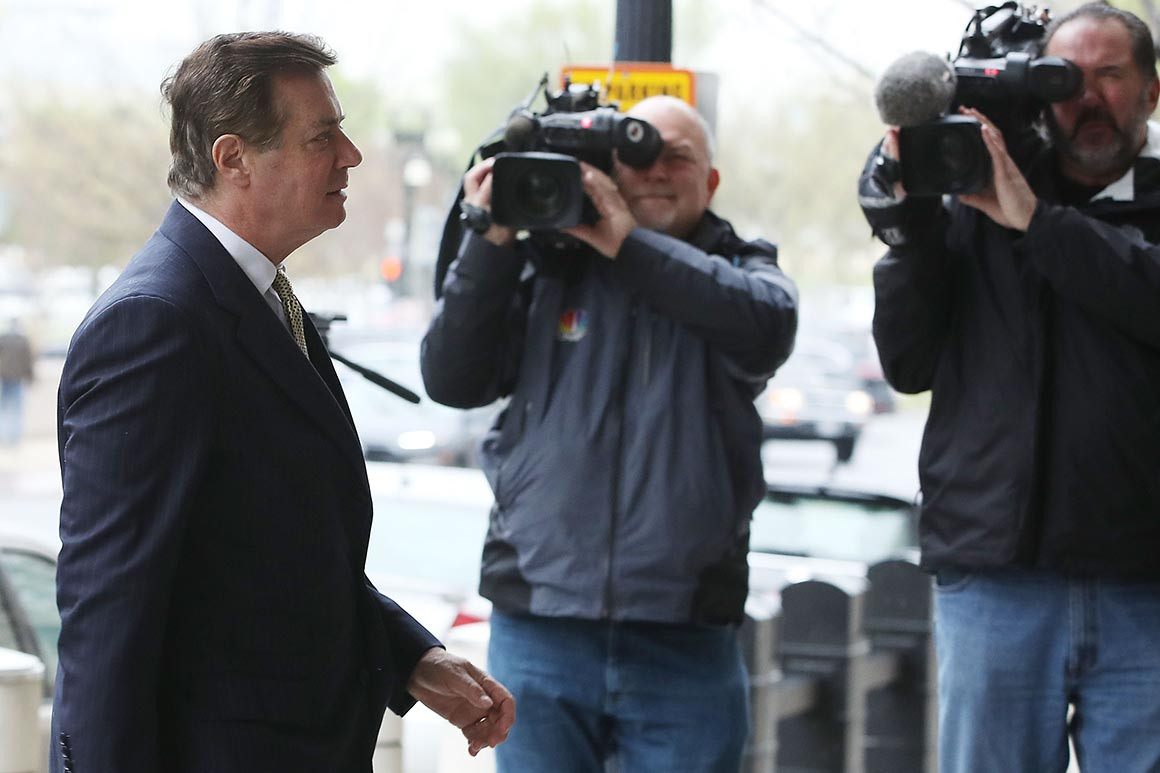 If true, the ramifications are immense. It means the guy running Trump’s campaign met directly with the head of the organization that served as a tool of Russia’s intelligence services, distributing stolen Democratic emails in an effort to influence the U.S. presidential election. It could be the proverbial smoking gun that shows Trump’s campaign knew it was receiving help from Russian intelligence services and perhaps even aided the operation.

Luke Harding and Dan Collyns, the reporters behind the Guardian story, do not name their sources, although they claim to have multiple, and they write that they have seen an internal document from Ecuador’s intelligence service listing “Paul Manaford [sic]” as a visitor to the Ecuadorian Embassy in London. Manafort, for his part, has called the Guardian’s report “totally false and deliberately libelous.” And White House press secretary Sarah Huckabee Sanders said, “Certainly I remain confident in the White House’s assertion that the president was involved in no wrongdoing, was not involved in any collusion.”

While the immediate reaction to the story was a collective “Wow!”, it is fair to take a step back and remain wary. Rather than being the bombshell smoking gun that directly connects the Trump campaign to WikiLeaks, perhaps the report is something else entirely: a disinformation campaign. Is it possible someone planted this story as a means to discredit the journalists?

A number of parties in the Trump-Russia circus have an interest in discrediting the media. Russia President Vladimir Putin has solidified his power in Russia by systematically quashing the free press and controlling the message through friendly media outlets, including the likes of RT and Sputnik. Trump, too, has consistently shouted “Fake News!” at any story he doesn’t like and has made it a theme of late to refer to the media as “the enemy of the people,” a term that has been used by dictators throughout time, including to devastating effect by Joseph Stalin.

Harding is likely a major target for anyone wrapped up in Russia’s intelligence operation against the West’s democratic institutions. He has written a book about the Trump campaign’s ties to Russia—literally titled Collusion, as well as numerous articles related to the case, including about the Steele Dossier, Russia’s plans to help rescue Assange from London and spirit him away to Moscow, Russia’s novichok poisoning operation against Sergei Skripal, and a slew of other “Russia-is-up-to-no-good” stories.

If this latest story about Manafort and Assange is false, that is, if, for example, the sources lied to Harding and Collyns (or if the sources themselves were lied to and thus thought they were being truthful in their statements to the journalists), or if the Ecuadorian intelligence document is a fake, the most logical explanation is that it is an attempt to make Harding look bad. This, in turn, would put into question any of Harding’s past reporting and could be raised any time someone mentions his reporting as evidence of wrongdoing. Any mention of Harding going forward would include the caveat, “according to a reporter who was once duped.” The underlying question would always be: How can anything he writes be trusted?

We’ve seen this game before, even recently. In November last year, when Alabama Senate candidate Roy Moore was accused of having several inappropriate relationships with very young girls, a woman approached a Washington Post reporter to tell her story about underage sex with Moore. She was, in fact, working for Project Veritas, a conservative group that purports to police and expose media bias, and had made the story up wholesale, hoping the Post would run it and that Veritas could then debunk it and paint the Post as Fake News. Presumably, this would have discredited negative reporting about Moore and thus boosted his chances of winning. Unfortunately for the woman, the Post reporters did their due diligence and never published her false account. A woman working for a company hired by Harvey Weinstein similarly attempted to plant a false story in New York magazine in an attempt to discredit any accusations against Weinstein.

It’s an old tactic, used to prime an audience not to believe anything they hear from those whose role it is to hold people in power to account. Autocratic leaders have long planted the seeds of doubt so that no one in their intended audience will believe any information except what the leader himself tells them. The message is simple: Only the leader can be trusted.

I find it hard to believe Harding would not go to great lengths to confirm his story. He must know he is a target for disinformation. But that is not to say it could not happen.

Interestingly, Russia’s disinformation network has jumped into the ring to promote skepticism of the story. Sputnik, one of Russia’s propaganda networks, called the story into question and bolstered the skepticism by quoting tweets from Eva Golinger, a former adviser to former Venezuelan leader Hugo Chavez’s government and current contributor to RT’s Spanish network; Ivor Crotty, another RT contributor; Glenn Greenwald, who worked with WikiLeaks to distribute the documents stolen by former NSA contractor Edward Snowden; and WikiLeaks itself, which the U.S. government has called a non-state hostile actor and tool of Russian intelligence. RT, also a Kremlin mouthpiece, echoed Sputnik and WikiLeaks. Do you see a pattern here?

But even if someone managed to dupe the reporters and plant a false story, that tells us something, too. Namely, that someone is nervous and is eager to lay the groundwork for yelling “Fake News!” at whatever other stories are about to drop. Either they want you not to believe what is, in fact, a true story, or they planted a fake story because they want you not to believe the journalists and any other information that has yet to come out.

As of this writing, no other news outlet has confirmed the Guardian’s story about Manafort meeting Assange. So is it fake or is it real? If it is real and others confirm it, it would be damning, and many people have an interest in trying to discredit it. On the other hand, if someone managed to dupe Harding and his colleague, it would mean someone was ready to put a lot of effort into discrediting the journalists in order to sow doubt about a wide swath of reporting. In either case, someone has already primed a large audience to dismiss this Manafort-Assange story and any other information that might tie the Trump campaign to Russia. That implies more bad news is coming for Trump and Manafort.

One thing seems clear: Someone is feeling the heat.

Source: https://www.politico.com/magazine/story/2018/11/28/paul-manafort-julian-assange-222694
Droolin’ Dog sniffed out this story and shared it with you.
The Article Was Written/Published By: Alex Finley