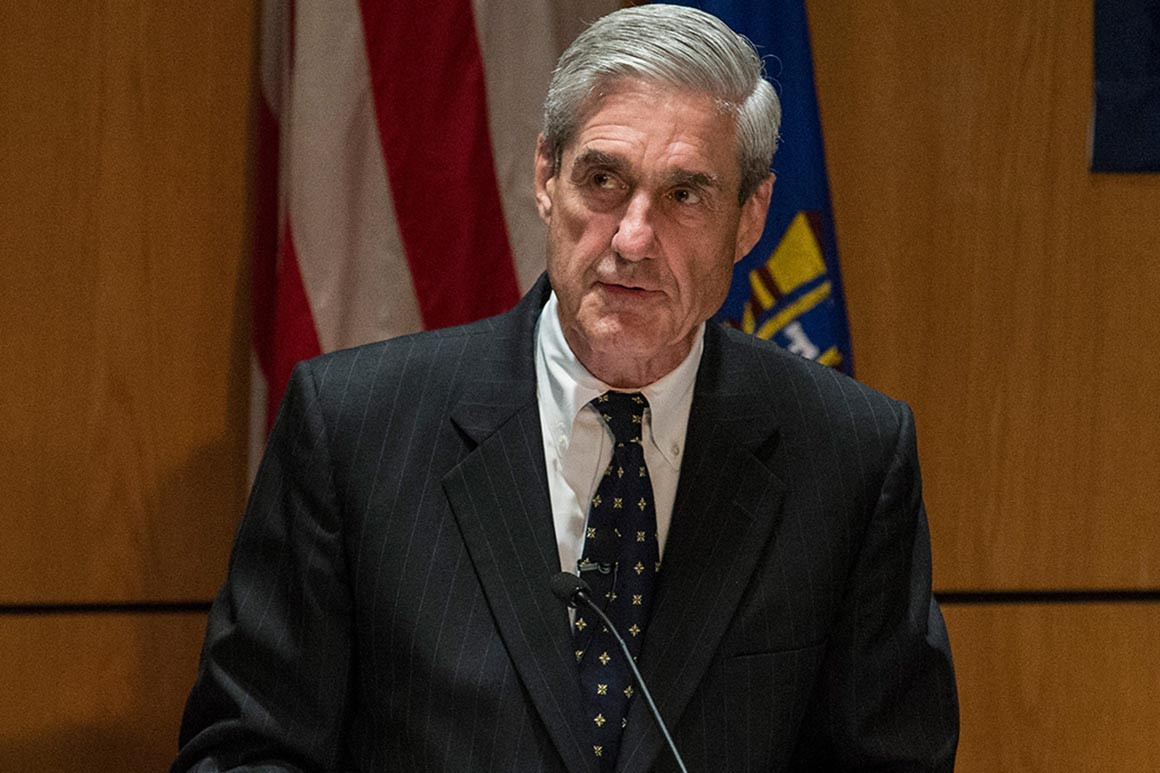 Calls to codify protections for Mueller and his investigation into possible collusion between Russia and President Donald Trump’s campaign have taken on more urgency this month after the president fired Attorney General Jeff Sessions and replaced him on an acting basis with Matt Whitaker, who has criticized the Mueller investigation in the past.

The GOP-led Judiciary Committee approved a bill last spring that would insulate Mueller from outside influence, and Coons said he plans to request unanimous consent to bring the bill to the floor of the chamber, a move that McConnell has indicated he would block.

Sen. Jeff Flake (R-Ariz.) has threatened to withhold his vote on any judicial nominees until the measure gets a floor vote, and in a split with McConnell, Majority Whip John Cornyn said Tuesday that leadership might acquiesce to Flake’s demand after all in order to free up a needed vote.

Some Republicans have opposed the bill on constitutional grounds, Coons said, and while he has discussed those issues with lawmakers, he disagreed that the legislation is unconstitutional, holding up Grassley’s support as proof of that.

But other opponents, including McConnell, have simply said they are confident Trump or Whitaker won’t move to fire Mueller or shake up the probe in another way, like restricting its funding — an unsatisfactory excuse, Coons said, because of Trump’s demonstrated unpredictability.

“I think, frankly, at the end of the day, Leader McConnell has gotten reassurances from the president that he won’t act against Mueller, but those assurances are undermined every single day when President Trump both tweets untrue criticisms of Robert Mueller and his investigation and does other things that are unexpected or unconventional or unjustified,” Coons said.

“They don’t have an answer other than, well, it would be a bad thing to do so it won’t happen. This is the easiest way possible to prevent an entirely predictable constitutional crisis.”

Concern about Whitaker’s oversight of the Russia probe was more widespread among senators than some were willing to publicly admit, Coons claimed on Wednesday, cautioning that any tampering by the acting attorney general might not be discovered until after the fact, necessitating the bill now.

“A number of senators of both parties have privately agreed that Whitaker is a less reliable supervisor and may well stumble into interfering with the Mueller investigation or may do it intentionally,” he said. “Here is one of the things that worries me the most, which will, yeah, we wouldn’t know until after he had taken steps that would constrain the Mueller investigation in ways that would prevent it from concluding appropriately.”

There are no plans in place now to tie the Mueller protection bill to must-pass legislation — like a spending bill that needs to move by next Friday to avoid shutting down swaths of the government — Coons said, adding that he believed the issue should be dealt with separately as soon as possible so lawmakers can shift gears to focus on avoiding a shutdown.

Source: https://www.politico.com/story/2018/11/28/mueller-bill-senate-mcconnell-1023314
Droolin’ Dog sniffed out this story and shared it with you.
The Article Was Written/Published By: coprysko@politico.com (Caitlin Oprysko)