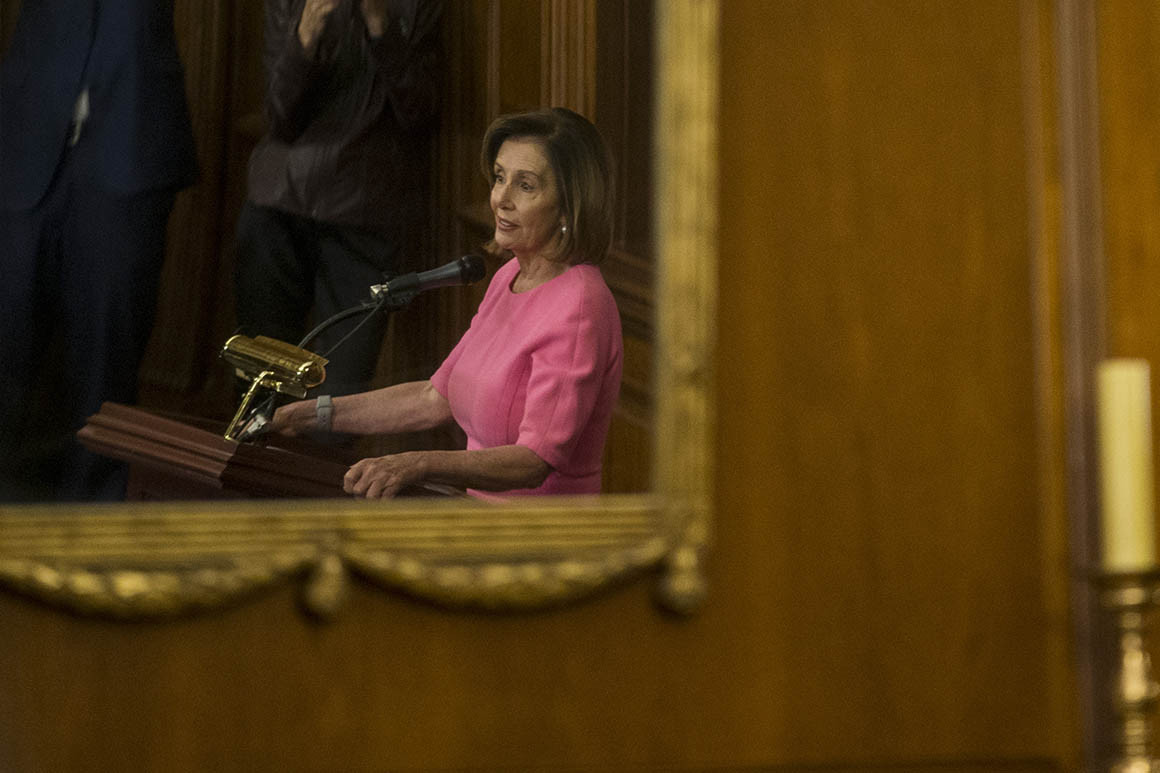 A group of newly elected House Democrats are banding together to leverage more power in the next Congress, crafting a letter that calls for greater representation on powerful committees and in midlevel-leadership posts as well as frequent meetings with leadership.

In a letter drafted by Rep.-Elect Elissa Slotkin being circulated among the incoming freshman class, the new members call on Nancy Pelosi and Democratic leaders to give them slots on the influential Appropriations, Rules, Ways and Means, Energy and Commerce and Financial Services panels. The letter, obtained by POLITICO, also requests monthly meetings from leadership to “ensure that the legislative priorities of our constituents are heard.”

“The voters have asked for our voices to be heard, and to do that, this class must be a driving force in drafting legislation with such far-reaching economic implications for the country,” the letter reads.

It is unclear how many signatories the letter currently has. And the document doesn’t threaten to withhold votes from Democratic leaders should they refuse the request.

Still, the missive shows that incoming lawmakers, who now comprise a fourth of the caucus, will push hard to carry out what they view as voters’ “mandate for change.”

“On November 6, 2018, the people of the United States elected a historic class of Democrats,” the letter says. “In an election with historic turnout, the American people placed their faith in each of us, with the expectation that we will restore normal order, deliver results, and work towards a more perfect union.”

That mandate, however, doesn’t appear to include a leadership shakeup. While Slotkin ran on a promise to oppose Pelosi and dozens of the freshman class vowed to usher in “new leadership,” the letter says nothing about either matter. Many incoming freshman, including some who were critical of Pelosi on the campaign trail, are now warming to the California Democrat—much to the chagrin of Pelosi’s critics trying to oust her.

The note could be the first and the last time the freshmen agree on something. While two-thirds of the freshman class hail from Republican-leaning districts, a core group of new Democrats are progressive super stars, such as Alexandria Ocasio-Cortez and Ayanna Pressley, and conflict on policy is unavoidable.

Still, the group clearly believes they have a mandate from voters, noting that the vast number of Democrats elected in Republican districts demonstrates “the importance of reaching across the aisle to secure the majority.”

“We are united in the belief that whatever our differences with the Republicans, it is our solemn responsibility to debate and pass legislation that improves the lives of those who elected us,” the letter reads, later adding, “While we have a duty to exercise oversight when the Administration crosses legal and moral lines, we must heed the call of our constituents and advance bills on topics such as reducing the costs of healthcare and prescription drugs, addressing our crumbling infrastructure, and providing a government that is truly accountable to the people.”

The group is calling for two representatives on the Democrat’s Steering and Policy Committee, whose member dole out committee assignments and craft messaging. Typically freshmen only get one. They’re also calling for committee and sub-committee hearings to be hosted “outside of Washington whenever possible.”

“Citizens across the country should have the opportunity to attend hearings that impact their lives,” the letter reads.

The group is calling for House Democrats to require all bills be available for three days before lawmakers proceed to vote on the measure. House Republicans had instituted this three-day rule for transparency but waive it on a regular basis.

The members are also calling for committees to hold “regular, scheduled hearings where all Members — regardless of their tenure or position — can publicly provide their legislative proposals in an open setting.” They want every panel to have a member service staff representative to help lawmakers not on the committees communicate and push for their bills.

Source: https://www.politico.com/story/2018/11/27/freshman-dems-power-pelosi-1017536
Droolin’ Dog sniffed out this story and shared it with you.
The Article Was Written/Published By: rbade@politico.com (Rachael Bade)