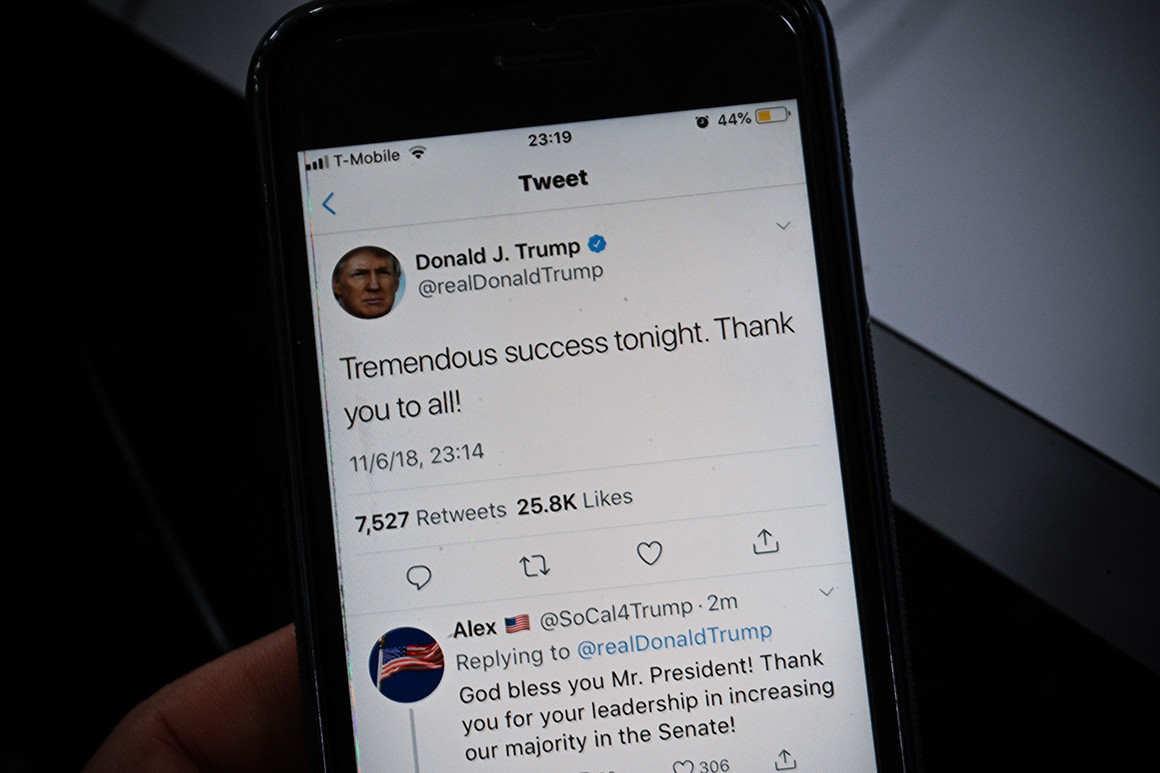 If you checked the conservative end of your Twitter feed when you signed this morning, you probably found it a tad lighter. Over the holiday weekend, the service permanently banned Jesse Kelly, a conservative Houston radio show host and sometime political candidate. In solidarity, law professor and USA Today columnist Glenn “Instapundit” Reynolds, a blogging pioneer, vacated his popular account (almost 100,000 followers) in protest.

“Twitter’s gone crazy banning people on the right, so I’ve deactivated my Twitter account,” he wrote in his Instapundit blog on Sunday night. Calling Twitter “the most socially destructive of the various platforms,” Reynolds accused the “crappy SJW types” – social justice warriors – who run it of breaking promises to users and stifling free speech. “So I decided to suspend them, as they are suspending others,” Reynold wrote.

Seeing as we don’t yet know why Twitter banned Kelly, there is some murk to the dispute. But no matter what the underlying cause, the ban gives conservatives cause to believe that Twitter has singled them out for eviction. Earlier this month, Twitter gave the permanent boot to Laura Loomer, a conservative writer and agent provocateur. Other conservatives or far-right figures Twitter has banned or suspended include Roger Stone, Chuck Johnson, “Sabo,” Milo Yiannopoulos, James Allsup, Richard Spencer, David Duke, “Baked Alaska,” Robert Stacy McCain, Candace Owens, David Clarke, Gavin McInnes and James Woods. In an August piece in the Federalist, Kelly predicted that the banishment of Alex Jones from Facebook presaged the de-conservatization of social media. “They just knew Jones was the weak member of the herd. They could pick him off as a test run. Next they’re coming for you,” Kelly wrote.

Kelly’s slippery slope argument sounds ominous, but how much truth is there to it? My Twitter experience account would say otherwise: I have closely followed Reynold’s Twitter account precisely to soak up the strongest meat produced by the conservative movement, an awesome range of views and opinions. Reviewing the stories behind the various Twitter suspensions and banishments, the service looks a lot more like a home-room teacher trying to keep order than a Board of Censorship tossing free thinkers into the abyss. While it’s true Twitter enforcers sometimes operate with an itchy trigger finger—such as the time they ejected (for which they later apologized) Candace Owens for using the service to parody Sarah Jeong’s tweets about white people—Twitter doesn’t seem (to my eyes) to be arbitrary in doling out punishment.

Like it or not, Twitter is a publisher, not a common carrier like the phone company or the public square, to which many have compared it. As a publisher, Twitter has established has standards of conduct for what may appear in its pages. You might disagree with those standards and the way the company enforces them, but it’s Twitter’s house—just as the pages of the Washington Post are Jeff Bezos’ house. People who acquire a Twitter account have no more right to see their words appear on the site than I do to see my letter published in the Washington Post, even though I’m a subscriber. To suggest otherwise would be to invite bedlam upon the First Amendment. Back in 1974, the Supreme Court touched on this issue when it overturned a Florida law requiring newspapers to give political candidates equal space to answer criticisms and attacks published him a newspaper. According to the court, such a law was inconsistent with the First Amendment guarantees of a free press.

In an unfortunate analogy on Monday, Sen. Ben Sasse (R-Neb.) compared Kelly’s banishment to the “de-platforming” in vogue on many liberal campuses these days. There is a huge difference between protesters driving an invited speaker off-campus, which is what happens in de-platforming, and a publisher deciding what content he chooses to print. In the former example, an invited speaker is silenced through coercion. In the latter, a proprietor makes his editorial decision about what he will print. The Washington Post can’t be accused of de-platforming me just because it won’t publish my letter. (To be sure, Twitter, like other publishers, is sensitive to political pressure to not publish certain things, but that’s a different issue.)

Like angry newspaper subscribers before him, Reynolds has expressed his fury at Twitter standards by canceling his account. While I applaud his principled stand, unless he can convince a staggering number of users to walk out with him, his act will have little effect on Twitter’s behavior. Not so secretly, I imagine, the SJWs at Twitter Reynolds so despises are dancing on tip-toes at the news his leave-taking—not because his account violates their terms of service (except that once in 2016 when Twitter suspended him for writing “Run them down” in response to a tweet about protesters blocking a highway), but because they won’t have to deal with him any longer.

Observing the aftermath of the Jesse Kelly banishment, I see nothing but winners. Kelly has won a national profile for himself as a Twitter martyr (I had never heard of him before). Reynolds has his principled stand to polish. And Twitter has signaled to its users—in a centuries-old traditions—that as publisher, it is in charge of what it prints.

If conservatives (or others) feel censored by Twitter, I invite them to do what writers have done since the first editors inhibited their voices: Drive Twitter insane by playing by their rules, expressing yourself right up to the boundary-line of the company’s standards in a way that will invite inspection and self-criticism of those standards.

How big is the potential audience for transgressive right-wing content? Gab.ai, which has proclaimed itself friendly to ultra-right expression, has attracted about 800,000 users compared to Twitter’s 330 million. Send angry email to Shafer.Politico@gmail.com. My email alerts longs for its Friendster account. My Twitter feed only uses Twitter. My RSS feed has been banned in Paris.

Source: https://www.politico.com/magazine/story/2018/11/26/the-conservative-revolt-against-twitter-222688
Droolin’ Dog sniffed out this story and shared it with you.
The Article Was Written/Published By: jshafer@politico.com (Jack Shafer)