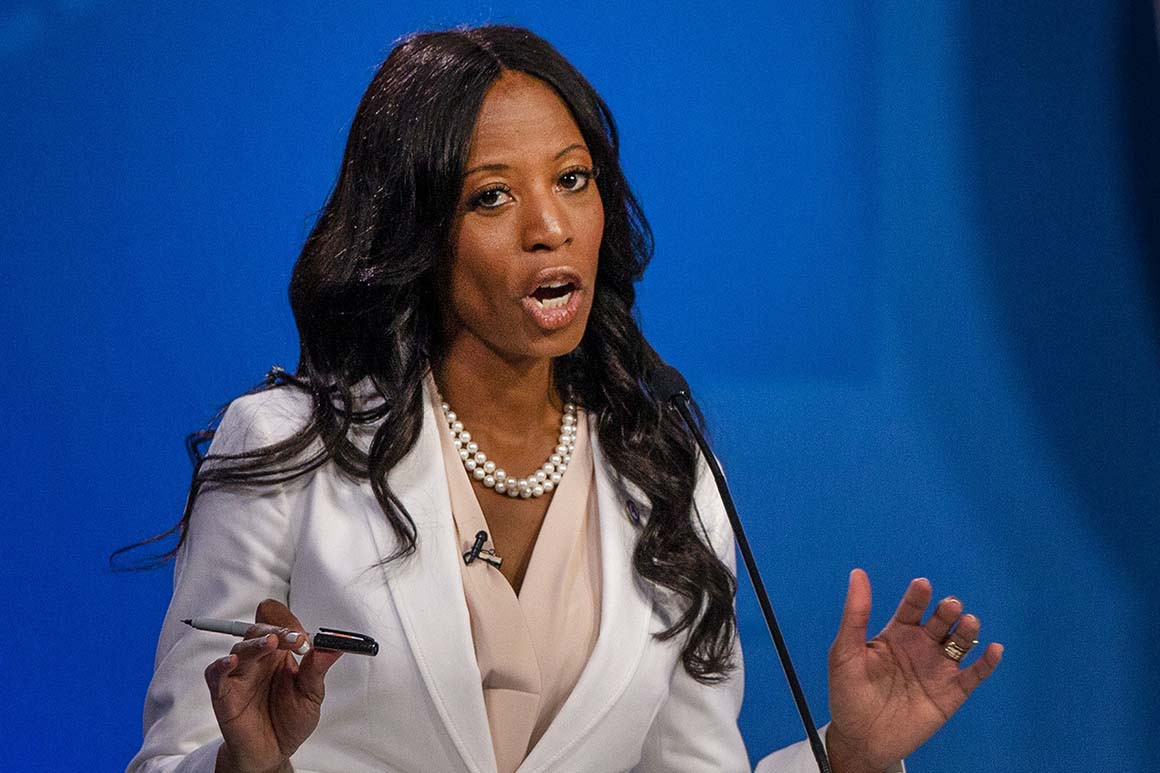 Rep. Mia Love on Monday said President Donald Trump has “no real relationships, just convenient transactions,” after the leader of her political party bashed her for not embracing him ahead of this month’s midterm elections.

The Utah Republican, who won her seat in 2014, on Saturday conceded to Democrat Ben McAdams after a close race in Utah’s 4th Congressional District. Love, the first black Republican woman elected to Congress, said Monday during her first news conference since losing reelection that her party struggled to appeal to minority voters in 2018.

She said Trump’s criticism of her had given her new insight into his thinking.

“The president’s behavior towards me made me wonder: What does he have to gain by saying such a thing about a fellow Republican?” she said. “This gave me a clear vision of his world as it is: no real relationships, just convenient transactions.

“That is an insufficient way to implement sincere service and policy,” she continued.

On the day after the midterms, which resulted in Democrats retaking control of the House, Trump called out a number of GOP lawmakers who he said had not embraced him and lost their races as a result. Love’s race had not been called at that point, but Trump tacked her onto his list anyway.

“Mia Love. I saw Mia Love, and she would call me all the time to help her with a hostage situation, being held hostage in Venezuela,” the president said at the time, referring to Utahan Josh Holt, who had been held by the Venezuelan government.

“But Mia Love gave me no love. And she lost. Too bad. Sorry about that, Mia,” Trump said at the Nov. 7 news conference.

Love said minority voters tend to back Democrats because “they do take them home or at least make them feel like they have a home.”

“I’ve seen the cost of conservatives for not truly taking people into their hearts,” Love said. “Democrats saw newly elected black members and women to Congress in this election. This is a matter of fact that Republicans lost in this regard.”

Source: https://www.politico.com/story/2018/11/26/mia-love-trump-gop-1015757
Droolin’ Dog sniffed out this story and shared it with you.
The Article Was Written/Published By: rmorin@politico.com (Rebecca Morin)