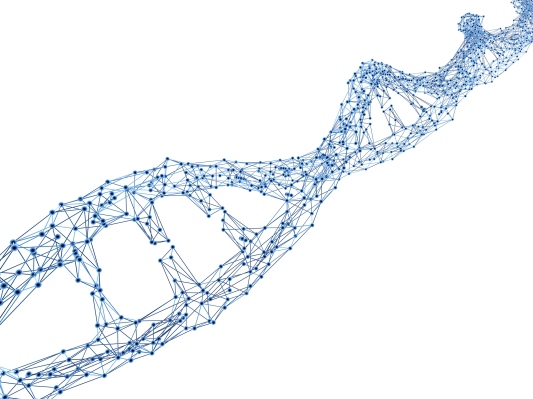 In what represents a dramatic and ethically fraught escalation of CRISPR research, a Chinese scientist from a university in Shenzhen claims he has succeeded in helping create the world’s first genetically-edited babies. Dr. Jiankui He told the Associated Press that twin girls were born earlier this month after he edited their embryos using CRISPR technology to remove the CCR5 gene, which plays a critical role in enabling many forms of the HIV virus to infect cells.

The AP’s interview was published after a report by the MIT Technology Review earlier today that He’s team at the Southern University of Science and Technology wants to use CRISPR technology to eliminate the CCR5 gene and create children with resistance to HIV.

He’s claims are certain to cause a huge stir at the Second International Summit on Human Genome Editing, set to begin in Hong Kong on Tuesday. According to the Technology Review, the summit’s organizers were apparently not notified of He’s plans for the study, though the AP says He informed them today. (It is important to note that there is still no independent confirmation of He’s claim and that it has not been published in a peer-reviewed journal.)

During his interview with the AP, He, who studied at Rice and Stanford before returning to China, said he felt “a strong responsibility that it’s not just to make a first, but also make it an example” and that “society will decide what to do next.”

According to documents linked by the Technology Review, the study was approved by the Medical Ethics Committee of Shenzhen HOME Women’s and Children’s Hospital. The summary on the Chinese Clinical Trial Registry also said the study’s execution time is between March 7, 2017 to March 7, 2019, and that it sought married couples living in China who met its health and age requirements and are willing to undergo IVF therapy. The research team wrote that their goal is to “obtain healthy children to avoid HIV providing new insights for the future elimination of major genetic diseases in early human embryos.”

A table attached to the trial’s listing on the Chinese Clinical Trial Registry said genetic tests have already been carried out on fetuses of 12, 19, and 24 weeks of gestational age, though it is unclear if those pregnancies included the one that resulted in the birth of the twin girls, whose parents wish to remain anonymous.

“I believe this is going to help the families and their children,” He told the AP, adding that if the study causes harm, “I would feel the same pain as they do and it’s going to be my own responsibility.”

Chinese scientists at Sun Yat-sen University in Guangzhou first edited the genes of a human embryo using CRISPR technology (the acronym stands for Clustered Regularly Interspaced Short Palindromic Repeats), which enables the removal of specific genes by acting as a very precise pair of “genetic scissors,” in 2015. Though other scientists, including in the United States, have conducted similar research since then, the Southern University of Science and Technology’s study is considered especially radical because of the ethical implications of CRISPR, which many scientists fear may be used to perpetuate eugenics or create “designer babies” if carried out on embryos meant to be carried to term.

As in the United States and many European countries, using a genetically-engineered embryo in a pregnancy is already prohibited in China, though the Technology Review points out that this guideline, which was issued to IVF clinics in 2003, may not carry the weight of the law.

In 2015, shortly after the Sun Yat-sen University experiment (which was conducted on embryos that were unviable because of chromosomal effects) became known, a meeting called by several groups, including the National Academy of Sciences of the United States, the Institute of Medicine, the Chinese Academy of Sciences and the Royal Society of London, called for a moratorium on making inheritable changes to the human genome.

In addition to ethical concerns, Fyodor Urnov, a gene-editing scientist and associate director of the Altius Institute for Biomedical Sciences, a nonprofit in Seattle, told the Technology Review that He’s study is cause for “regret and concern” because it may also overshadow progress in gene-editing research currently being carried out on adults with HIV.

TechCrunch has contacted He for comment at his university email.

Source: https://techcrunch.com/2018/11/25/crispr-scientist-in-china-claims-his-teams-research-has-resulted-in-the-worlds-first-gene-edited-babies/?utm_source=feedburner&utm_medium=feed&utm_campaign=Feed%3A+Techcrunch+%28TechCrunch%29
Droolin’ Dog sniffed out this story and shared it with you.
The Article Was Written/Published By: Catherine Shu