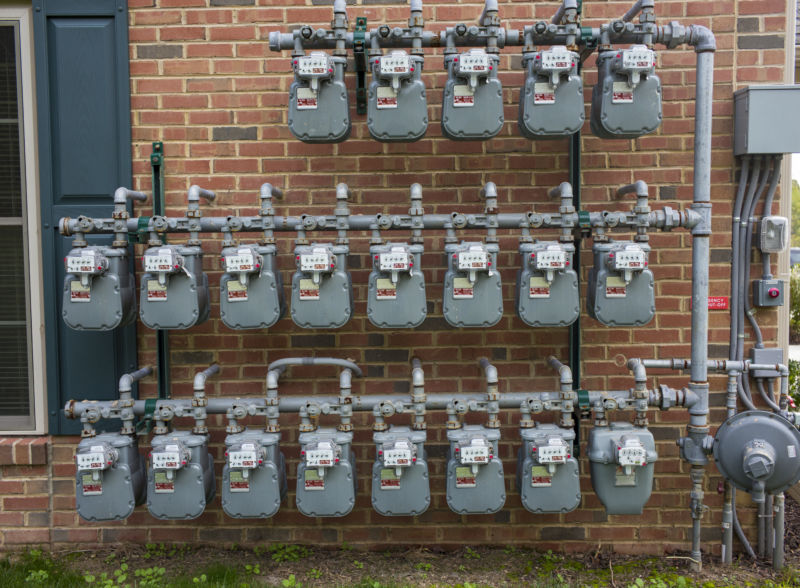 Enlarge / Natural gas meters are fixed to the outside of residential townhouses and apartments (credit: Photo by Robert Nickelsberg/Getty Images)

Three natural gas distributors issued a report this week detailing plans to convert the UK’s residential gas system to a hydrogen delivery system. UK firms Northern Gas Networks and Cadent, as well as Norwegian gas firm Equinor, wrote that the proposal (PDF) was technically feasible. They also suggested an initial roll-out of the program to 3.7 million homes and 400,000 businesses in Northern England could commence as soon as 2028.

“This project could represent the foundations of a deliverable, large-scale, deep decarbonization of heat policy for the UK government,” the gas firms’ report reads.

The plan calls for the conversion of residential natural gas pipes to higher-pressure pipes that can move hydrogen gas. Although hydrogen gas tends to be flammable at a wider range of temperatures than natural gas, the report states that “a 100 percent hydrogen gas grid represents an acceptable risk compared to the current natural gas grid.”

Source: https://arstechnica.com/science/2018/11/natural-gas-distributors-outline-proposal-to-convert-home-heating-to-hydrogen/
Droolin’ Dog sniffed out this story and shared it with you.
The Article Was Written/Published By: Megan Geuss