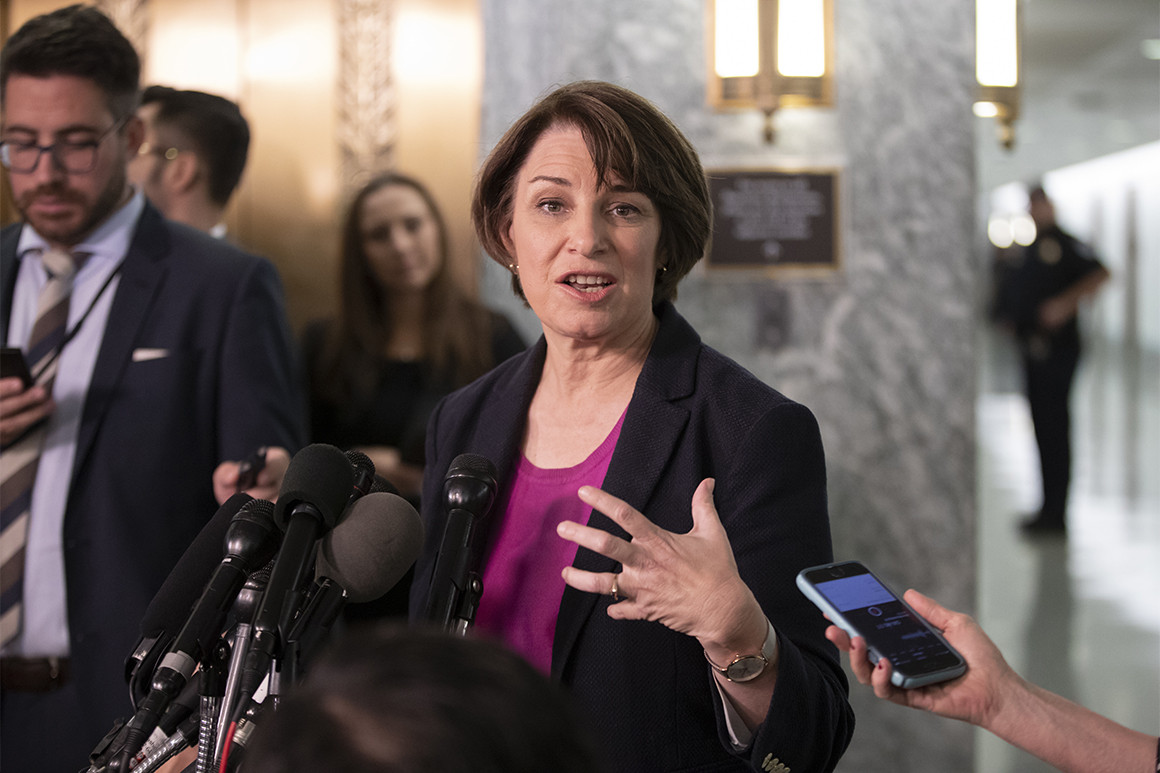 Sen. Amy Klobuchar (D-Minn.) on Sunday criticized President Donald Trump for having “gut-punched” Congress in its efforts to legislate fixes to America’s immigration system, and said lawmakers are prepared to boost federal funding for border security in exchange for certain reform measures.

“He has gut-punched us on that a number of times,” Klobuchar said on ABC’s “This Week,“ adding that the president has “chosen instead to weaponize” and “politicize” the issue of immigration.

The senator’s remarks followed a tweet by Trump earlier in the day, in which the president blamed Democrats for increasing numbers of Central American migrants congregating at the southern border in the hope of seeking asylum in the U.S.

“Would be very SMART if Mexico would stop the Caravans long before they get to our Southern Border, or if originating countries would not let them form (it is a way they get certain people out of their country and dump in U.S. No longer),” Trump wrote online. “Dems created this problem. No crossings!”

Klobuchar told host George Stephanopoulos that the Trump administration “should have been working with these Central American countries a long time ago” to pre-emptively curb mass migrations, and pointed to the need for “comprehensive immigration reform.”

“We have the will to put the money at the border for better security and combine it with some sensible reforms, including things like a path to citizenship, things like making sure we have workers on our fields and in our factories that we need,” the senator said.

Earlier this weekend, the Trump administration struck a preliminary agreement with Mexico’s incoming president to keep asylum-seekers off American soil while their applications make their way through U.S. courts.

Trump also is staring down an impending clash with Congress over funding for his campaign-trail promise of a border wall, and has not ruled out shutting down the government if that money is not included in a must-pass government funding measure.

Source: https://www.politico.com/story/2018/11/25/caravan-klobuchar-trump-immigration-reform-1014142
Droolin’ Dog sniffed out this story and shared it with you.
The Article Was Written/Published By: qforgey@politico.com (Quint Forgey)