But the 29-year-old democratic socialist isn’t the only newcomer looking to leave her mark on the 116th Congress.

More than three dozen freshman Democrats will join the House next Congress — the biggest Democratic class in four decades and the most diverse group ever elected.

The incoming class boasts a range of backgrounds and ideologies, from liberal insurgents like Ocasio-Cortez to candidates who scored unexpected victories in deep-red districts long claimed by Republicans.

Here are seven other Democratic freshmen to watch, picked because they’re most representative of the incoming class — from the record number of women and candidates of color to the ambitious liberal upstarts and the majority-making moderates:

1. Colin Allred: A former NFL linebacker and civil rights attorney, Allred knocked off GOP Rep. Pete Sessions, an entrenched north Texas incumbent. But Allred says there’s a lot more behind his congressional victory than just a flashy professional football resume. “The impression that people have gotten, I think, around the country is that I was elected because I was a football player. And that’s not it,” he said. “Football is an ice breaker… but the other things that I’ve done and the story that I have growing up in north Texas is really what resonated.” 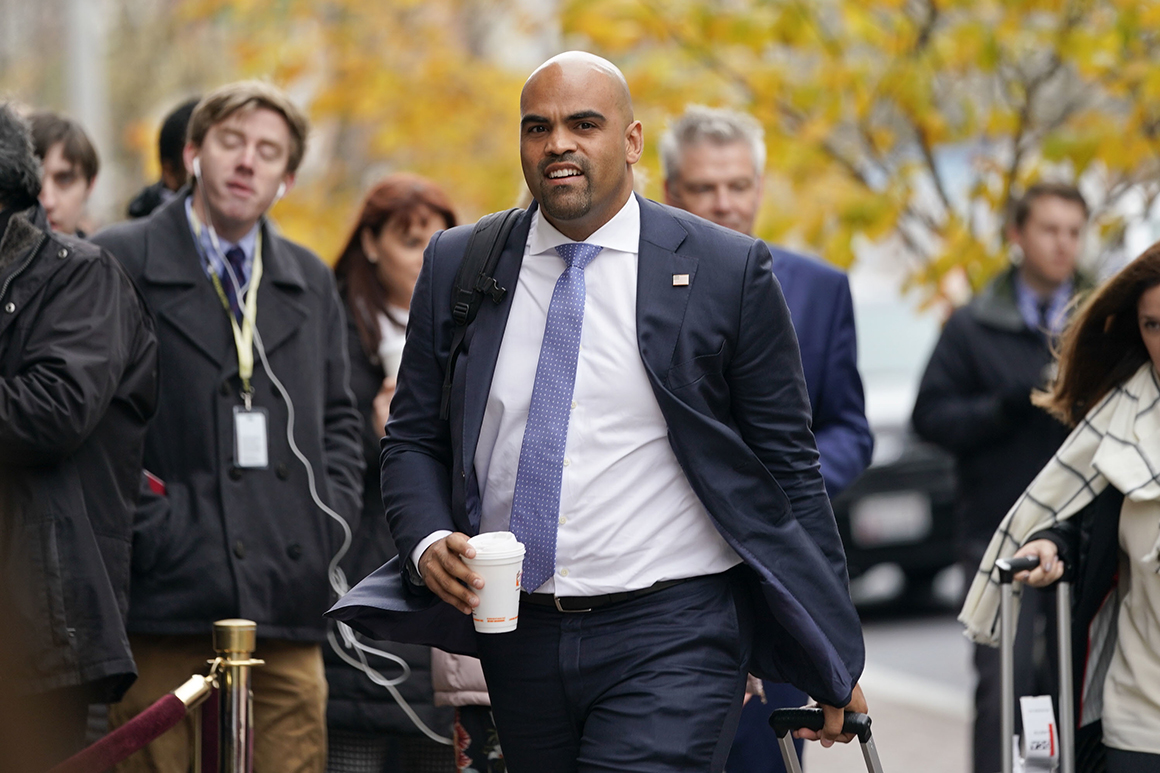 Allred told POLITICO his goal in Congress is to continue to be a moderate voice in the Democratic Caucus, even as he senses some liberal colleagues are trying to pull the group further to the left. “All of us who come from the red-to-blue districts, we are the closest to where the American people are,” he said. “We’re trying to make sure that our new members coming from safer districts and the members that are already there understand why we have the majority.”

2. Chrissy Houlahan: As the first woman to ever represent Pennsylvania’s sixth district just outside of Philadelphia, Houlahan is wasting no time trying to move up the Democratic ranks. The incoming freshman is running for a position in House Democratic leadership, telling POLITICO her eclectic resume makes her fit for a role on the committee that oversees Democrats’ messaging strategy. 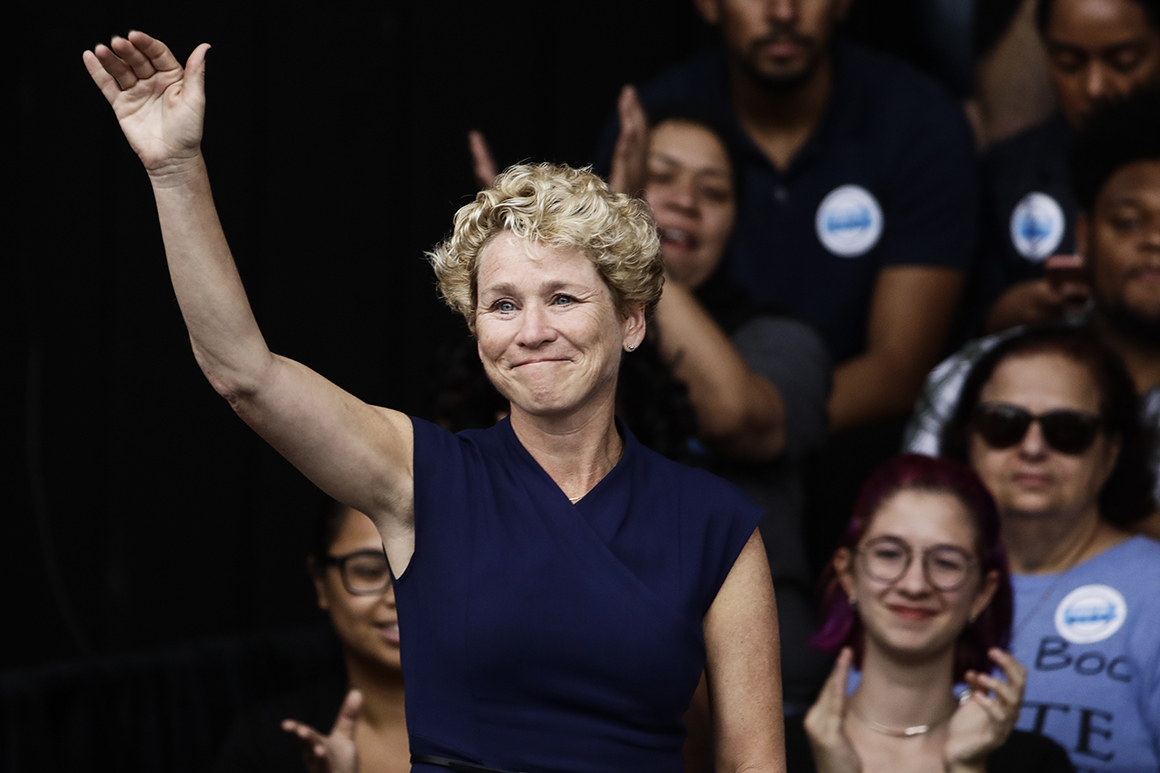 Houlahan has worn many hats, including as a third-generation veteran, a chemistry teacher, a Stanford-and-MIT-educated engineer and an executive at a basketball apparel company. “The through-line on that is one of service but also one of messaging and marketing,” she said of her career path. Now she hopes to serve as one of three co-chairs of the Democratic Policy and Communications Committee in the new Congress. “I feel like I have something to offer and I feel like it’s okay to offer to put yourself forward and offer to be helpful.”

3. Sharice Davids: An Ivy League-educated lawyer and mixed martial arts fighter, Davids triumphed over GOP Rep. Kevin Yoder, scoring Democrats a key victory in deep-red Kansas. Davids is a history maker in many respects: She’ll be the only Democrat in Kansas’ six member delegation and is the first woman of color to represent the Sunflower State. She is also Kansas’ first openly gay member and one of two Native American women elected to Congress for the first time. “My story is one of hard work and opportunity,” Davids said in her victory speech, noting she was raised by a single mom who served as a drill sergeant in the Army. 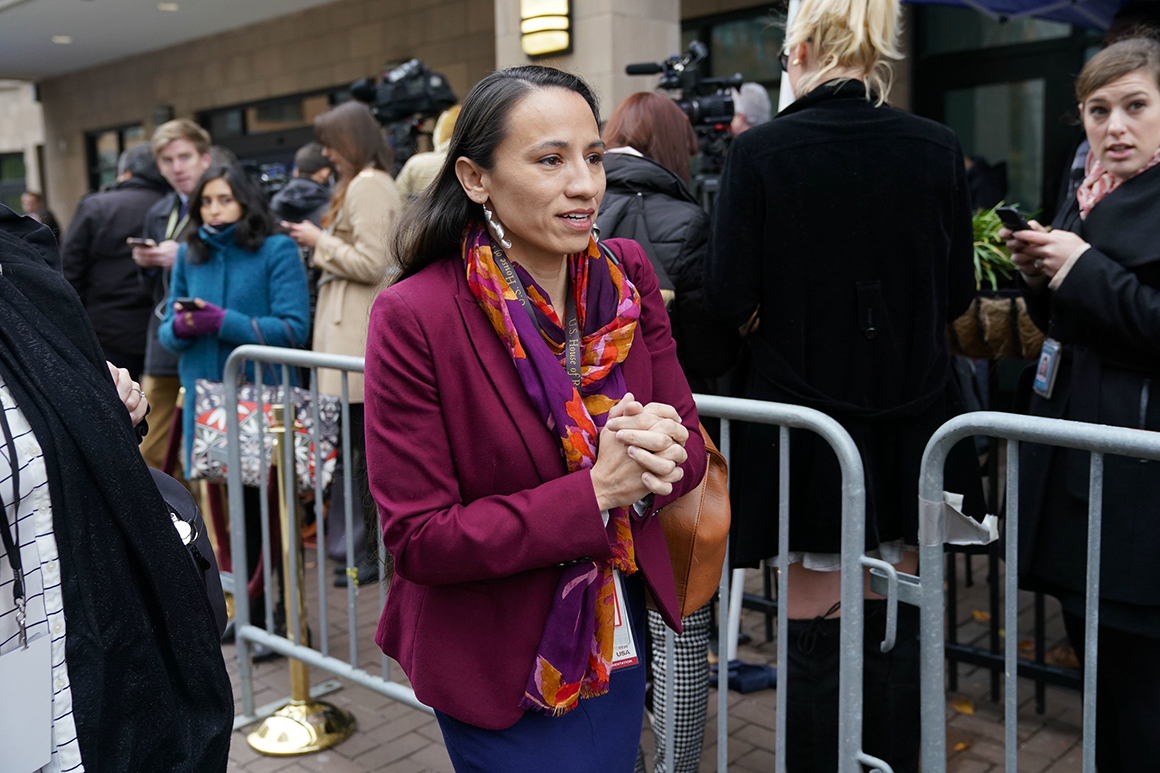 Davids will be part of a record number of women and a historic number of female candidates of color elected to Congress. “The time for people to not be heard and not be seen and not be listened to or represented well changes now,” she said on election night.

4. Harley Rouda: California businessman Rouda defeated GOP Rep. Dana Rohrabacher, a 30-year incumbent who made headlines for his affinity for all things Russia, including its president Vladimir Putin. Rouda’s victory helped secure a Democratic sweep of Orange County, once a Republican stronghold home to both Ronald Reagan and Richard Nixon. Now Rouda hopes to land a spot on the Transportation or Energy committees so he can focus on his main goal: pushing an infrastructure bill that addresses climate change, he said in an interview. 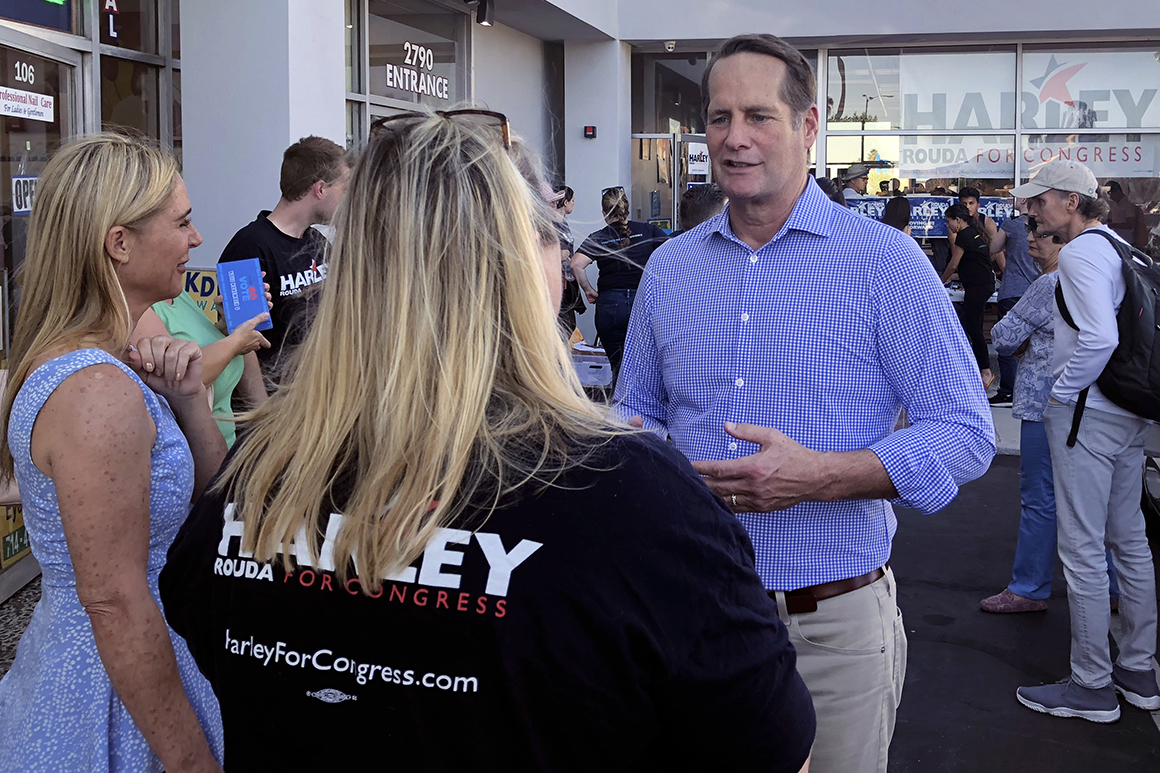 Rouda told POLITICO he and other Democrats are still “a little bit surprised” about the clean sweep in the wealthy California county formerly referred to as the “Orange curtain.” “A lot of people talk about the demographic changes and I think that is one of the key issues,” Rouda said. “[Also], the Republican Party today is very different than the Republican party under Ronald Reagan.”

5. Ayanna Pressley: Like Ocasio-Cortez, Pressley shocked the Democratic establishment after beating Massachusetts Rep. Mike Capuano, a 10-term incumbent, in a heated Democratic primary this year. But unlike Ocasio-Cortez, who affectionately refers to Pressley as part of her “squad” on Instagram, the Massachusetts freshman had a lengthy political resume before being elected to Congress. Pressley worked for former Rep. Joe Kennedy II and then-Sen. John Kerry before being elected to the Boston City Council in 2009. 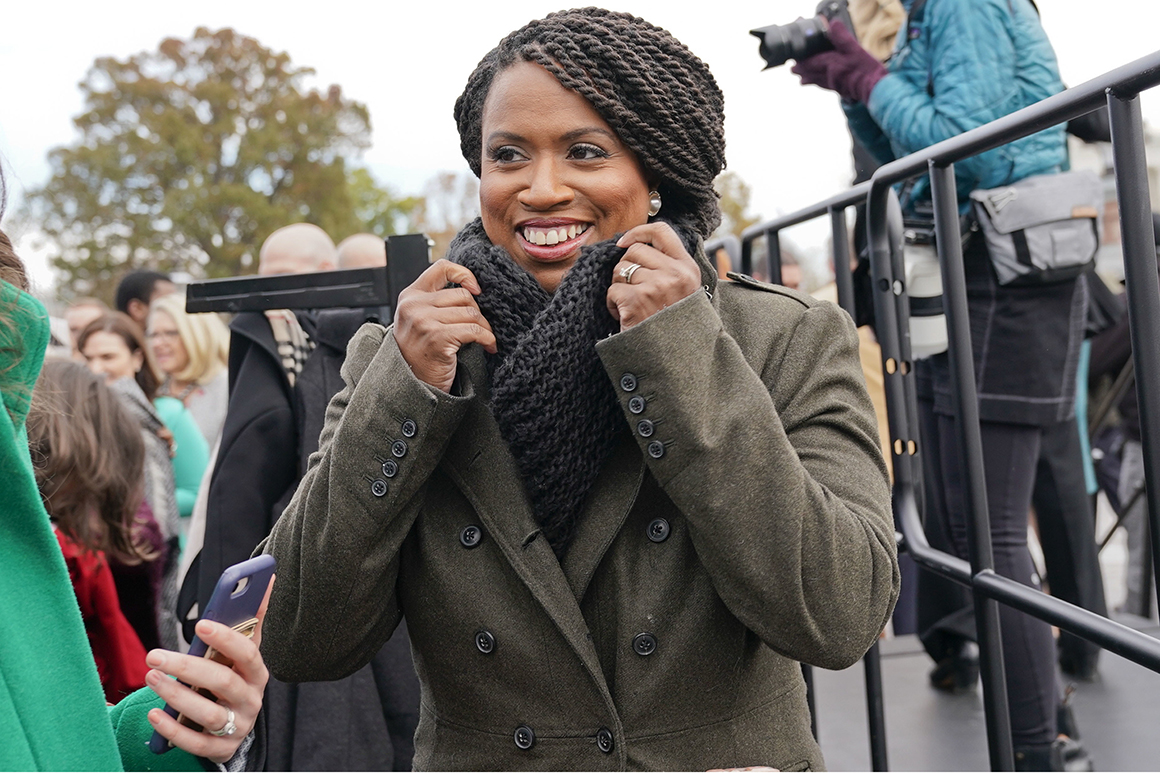 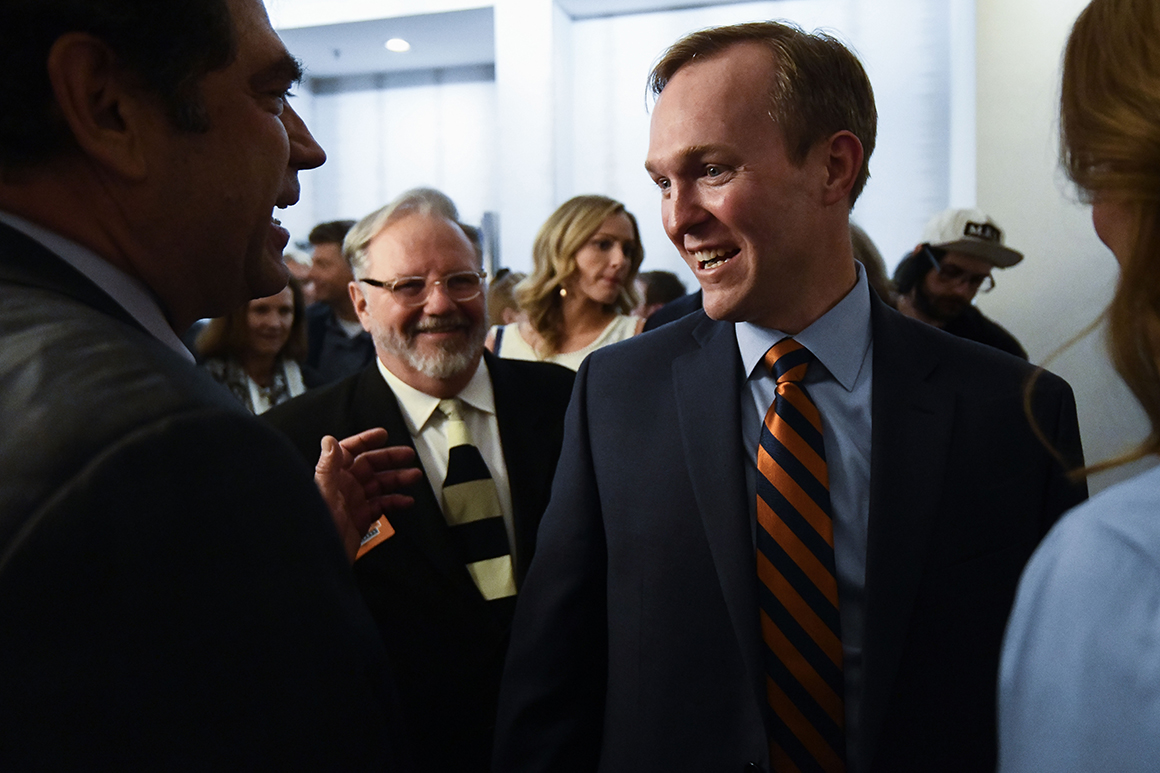 McAdams is one of four incoming House Democrats who joined a dozen current members on a letter promising to vote against Nancy Pelosi for speaker. It’s unclear if the wall of opposition will hold by the time Democrats cast their votes for speaker on Jan. 3. Some previous opponents of Pelosi, including fellow signee Rep. Brian Higgins (D-N.Y.), have announced their support after cutting a deal with the long-time Democratic leader. “At this moment all of those folks have leverage and I think they should use it,” Higgins said of fellow anti-Pelosi Democrats. “Unless you have leverage you can’t use leverage.”

7. Lucy McBath: A former flight attendant turned activist, McBath was able to find triumph after tragedy through her congressional victory. McBath became a prominent gun control activist after her teenage son Jordan was killed in 2012 during a dispute at a gas station over loud music. Initially planning to run for a Georgia state House seat, McBath changed her mind and opted to take on freshman GOP Rep. Karen Handel after congressional inaction following the mass shooting at a high school in Parkland, Fla., earlier this year. 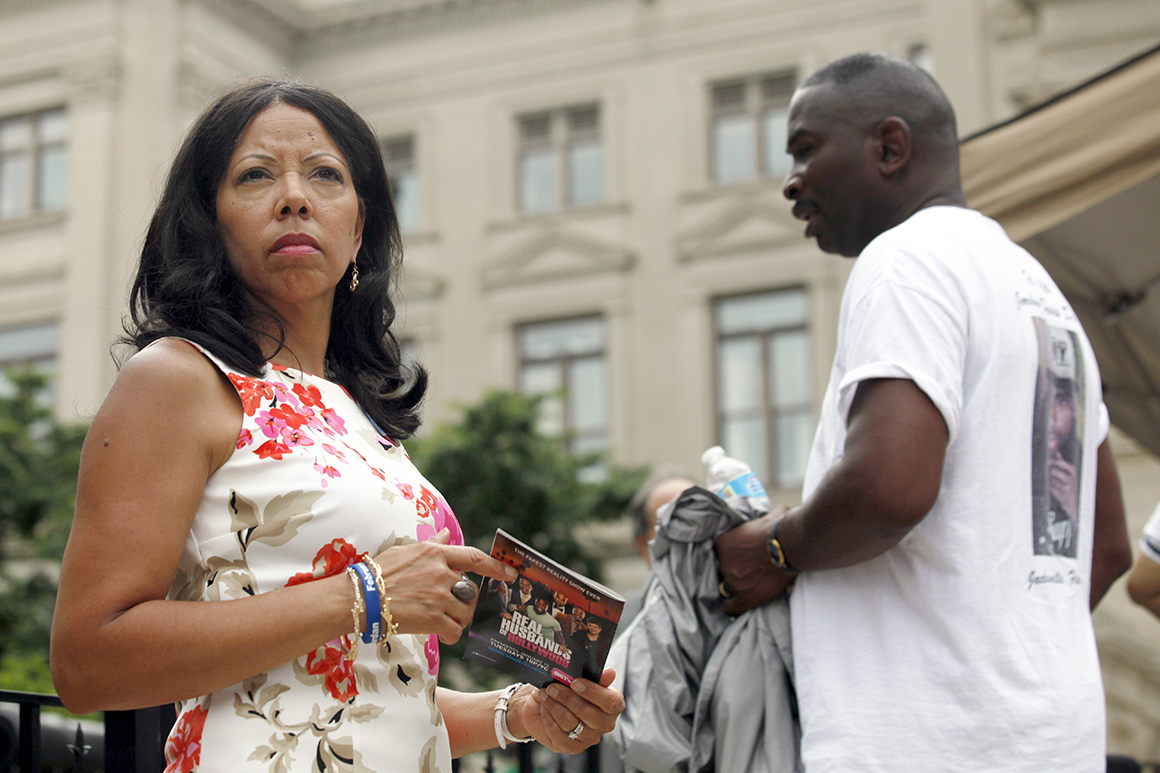 McBath’s win is also a symbolic victory for House Democrats, who funneled millions into a 2017 special election in the district only to come up short. “Never thought I would be here,” McBath tweeted along with a photo of her sitting in her new congressional office. “This is for you, Jordan. And for every single family impacted by gun violence in this country – let’s get to work.”

Source: https://www.politico.com/story/2018/11/24/congress-freshmen-house-democrats-to-watch-1012444
Droolin’ Dog sniffed out this story and shared it with you.
The Article Was Written/Published By: hcaygle@politico.com (Heather Caygle)