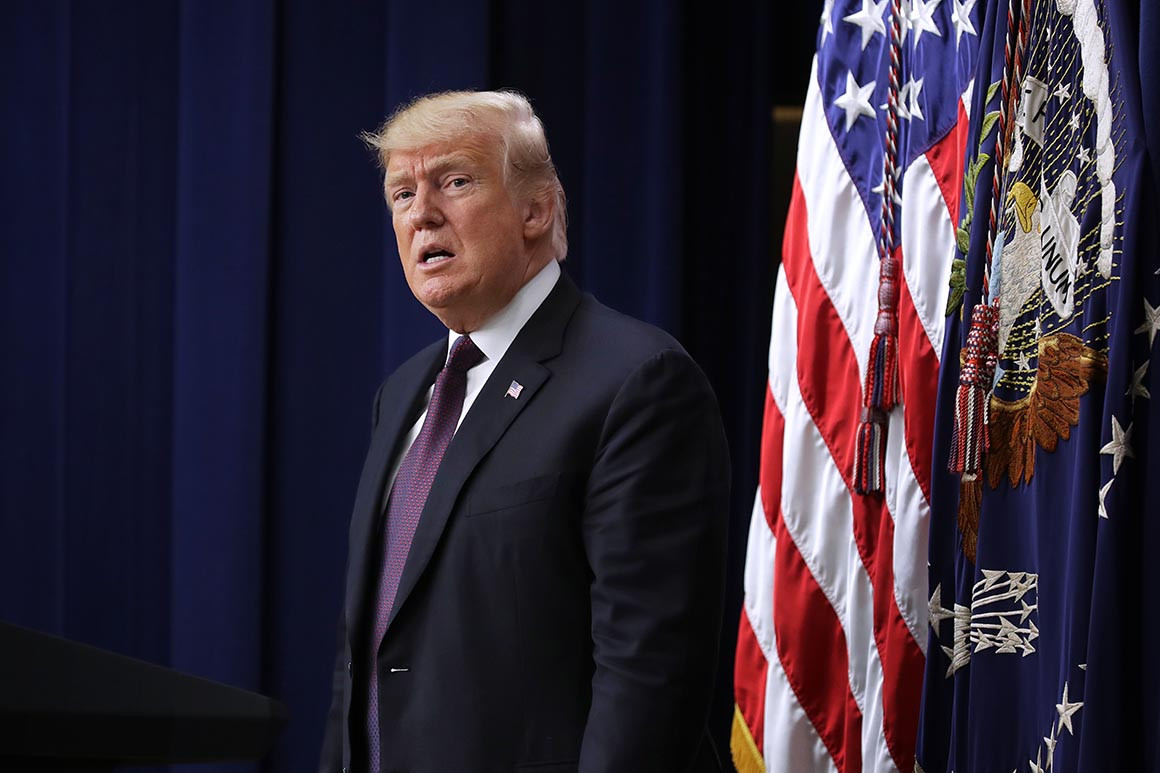 President Donald Trump may be touting his trade deal with Canada and Mexico as a victory, but emerging complaints from liberals and conservatives are threatening to sink the agreement in Congress.

Democrats, whose votes Trump needs to pass the deal in the House, say they want to see stronger protections against pollution and climate change, improved labor standards in Mexico and certainty that the U.S. will regain jobs lost to Mexico. And they want assurances the deal can be enforced.

Meanwhile, a group of 40 Republicans is protesting new protections for LGBT workers that Canada insisted on, potentially imperiling some GOP support.

If he’s blocked in Congress, Trump will be facing a major setback on an issue where he’s already been claiming credit for delivering on a campaign promise. He would be left with the unattractive choices of leaving the North American Free Trade Agreement in place, heading back to the negotiating table, or pulling out of the deal entirely, as he’s repeatedly threatened.

And it’s unclear whether the White House can make fixes that will placate enough lawmakers to win approval. The Trump administration plans to sign the pact at the end of November, leaving the president with less than two weeks to persuade Mexico and Canada to agree to any tweaks. After that, Trump could pursue changes through side deals or the legislation to implement the agreement. But both those options would be more difficult and could be a tough sell for Canada and Mexico.

Trump needs 218 votes to get the deal through the House. The latest midterm results show the GOP with only 198 House members next year, with six races still undecided. And now even some Republicans are threatening to defect. Forty lawmakers sent a letter to Trump on Friday protesting new protections for LGBT workers, which were included at Canada’s request.

And those GOP defections would come on top of Democrats threatening to withhold their votes unless there are changes to labor and environmental provisions.

“I don’t think there will be Democratic votes if those steps aren’t taken,” Rep. Sandy Levin (D-Mich.) told POLITICO. “Everyone needs to face up to that.”

If the agreement remains on track, it will go to Congress for a simple up or down vote, with no amendments allowed under the fast-track law governing trade deals.

But House Democrats could jettison the fast-track rules to force the Trump administration to make changes. In 2008, House Democrats led by then-Speaker Nancy Pelosi voted to suspend the fast-track timeline on the U.S. trade deal with Colombia over lingering concerns about labor standards and violence in the South American country.

“I warned the administration that they could find themselves in this trap of having some agreement and coming back to Congress as an afterthought expecting ratification,” Rep. Ron Kind (D-Wis.) told POLITICO. “That’s not how this place works.”

And Democrats aren’t ruling out the idea of reopening the negotiations with Mexico if necessary.

“Everything is going to be on the table if it means trying to find 218 votes. That’s just the nature of this,” Kind said. “If there has to be some reopening, some renegotiation in order to get there, then so be it. But it’s better than having it fail” in votes.

Meanwhile, Mexico and Canada have already said they don’t see a need to reopen the negotiations. Mexican Economy Secretary Ildefonso Guajardo told reporters last week that he didn’t see “any necessity, not even through side letters,” to tweak the deal.

“The design of this agreement we already have and will be signing considered a scenario where there’d be a Democrat-led House,” Guajardo said.

Mexican officials have also signaled that Mexico’s Congress will pass legislation before the end of the year that addresses many of the labor groups’ concerns surrounding rights to collective bargaining and secret votes for members of labor unions.

Rep. Bill Pascrell (D-N.J.), who is expected to chair the House Ways and Means trade subcommittee, struck a more optimistic tone. He noted that the Trump administration knows what needs to be changed on labor standards and enforceability.

Some Democrats are also waiting to see a U.S. International Trade Commission analysis on the effect of the new agreement on the U.S. economy and individual industries, Pascrell said. That investigation, required by law, will wrap up with a report due by mid-March. It will outline how the deal affects employment and wages — two of the chief labor concerns.

“I think we’re going in the right direction,” Pascrell said. “I’m confident we’re going to have a better document. If we don’t, we’re not going to vote for it.”

Source: https://www.politico.com/story/2018/11/18/trump-canada-mexico-trade-deal-congress-1000532
Droolin’ Dog sniffed out this story and shared it with you.
The Article Was Written/Published By: srodriguez@politico.com (Sabrina Rodriguez)