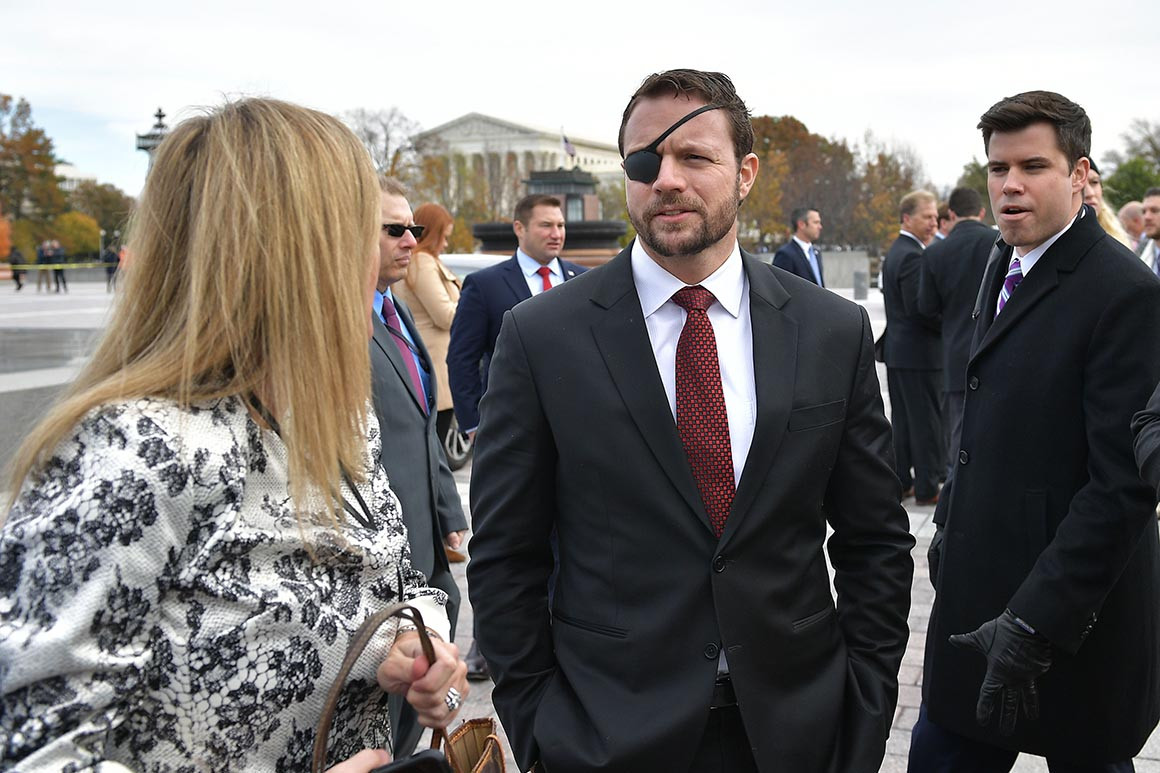 Reps.-elect Dan Crenshaw (R-Texas) and Joe Neguse (D-Colo.) are already going head-to-head over President Donald Trump’s decision to send troops to the U.S.-Mexico border, giving a preview of how a new class of lawmakers will grapple over the issue next year.

During a panel discussion CBS was to air Sunday on “Face the Nation,” Crenshaw said the administration was responding to a migrant caravan heading toward the border in “a very humane way.”

“If it’s between letting people across and not letting people cross, we have to secure our border,” said Crenshaw, a former Navy SEAL who served in Afghanistan.

Neguse, the son of Eritrean refugees, said the deployment of more than 5,000 troops was the wrong approach.

“The other option is to follow existing law and let folks go through the asylum process and to the extent that they are able to successfully claim asylum,” he said. “Immigrants to this country have so much to give, and it’s important we get this right.”

Also during the panel discussion, led by Margaret Brennan, Neguse and incoming House Democrats Deb Haaland (D-N.M.) and Chrissy Houlahan (D-Pa.) said they would not vote for any kind of immigration overhaul legislation that includes funding for a border wall.

“I’m also the daughter of a refugee,” Houlahan said. “My dad was a survivor of the Holocaust and came here with his mom as a very small child, as a 5-year-old, and this is a very personal issue to me.”

Source: https://www.politico.com/story/2018/11/18/trump-border-policy-crenshaw-neguse-1001039
Droolin’ Dog sniffed out this story and shared it with you.
The Article Was Written/Published By: zwarmbrodt@politico.com (Zachary Warmbrodt)