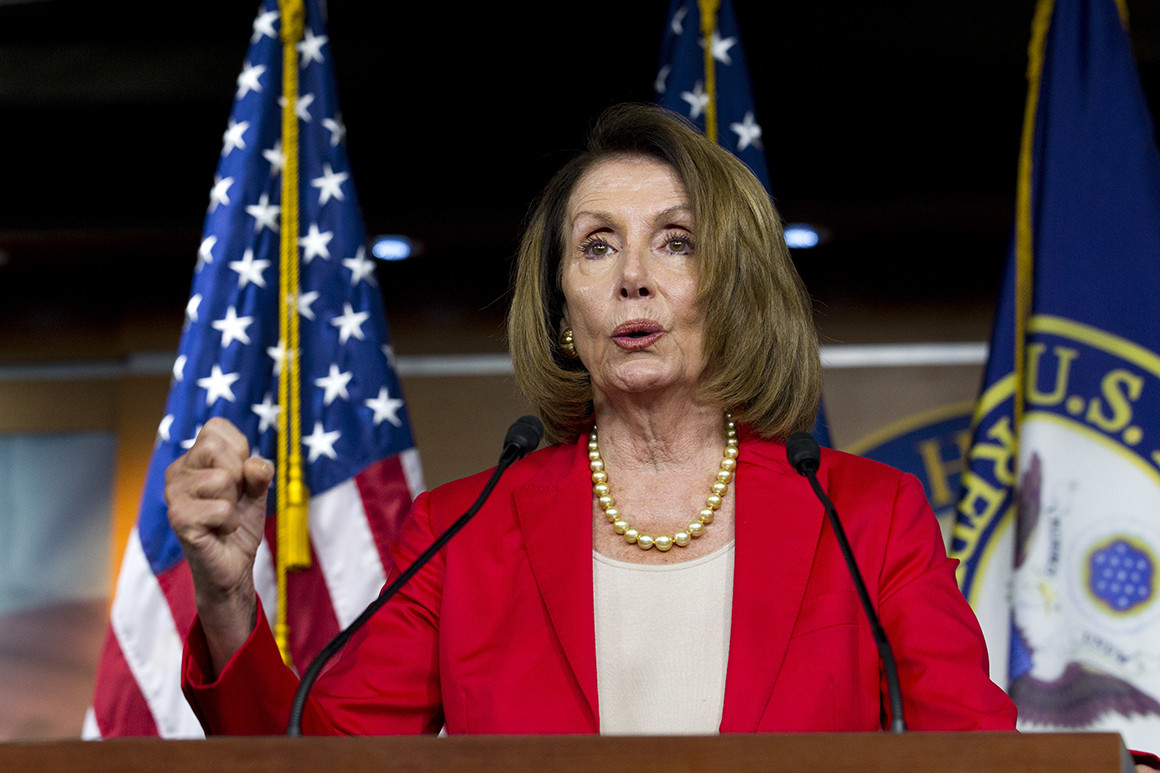 It wasn’t a coincidence that moments after Nancy Pelosi promised progressive House leaders more power in the next Congress, a host of liberal groups announced they were supporting her for speaker.

Rep. Pramila Jayapal, who is expected to co-chair the House Progressive Caucus next year, left a Thursday night meeting with Pelosi in the Capitol and proclaimed that her members would have more seats on powerful committees and more influence over legislation.

The Washington state Democrat then phoned MoveOn and Indivisible with the news, and they promptly tweeted out support for Pelosi. Then, on Friday morning, Jayapal, previously uncommitted on whom she would back for speaker, gave Pelosi a full-throated endorsement.

“No one can really doubt Pelosi’s progressive chops,” Jayapal told POLITICO in an interview. “And I do think, for the next two years, as we lead into 2020, and are coming off this big wave, we need someone who is smart and strategic and has done this.”

She went on to note that the 15 to 20 Pelosi critics trying to oust her are more centrist in their ideology and goals than the rest of the caucus. If Democrats remove her, Jayapal argued, they would effectively be turning their backs on the voters who swept Democrats into power.

“That drive is not going to take us in the direction that we should go,” Jayapal said of the effort to depose Pelosi. “It’s going to be the opposite of what the election really told us, which is a much more diverse, progressive, bold agenda.”

Pelosi’s overtures also speak to progressives’ growing influence in the Democratic caucus. The Progressive Caucus will increase its membership by at least 20 members next year, and comprise about two-fifths of the caucus. Its leaders intend to use those numbers to boost their power and agenda — starting first with committee assignments and leadership positions but then expanding into legislation.

Adding to that heft is their relationship with powerful groups on the outside — organizations that Jayapal argues are the main reason Democrats retook the majority.

“We coordinated very closely with them and they actually told Pelosi that they won’t come out for her until [after] our meeting,” Jayapal said. “So we are leveraging our power in different ways within the caucus but also with our allies on the outside.”

Thursday’s meeting with Pelosi included Jayapal and current Progressive Caucus Co-Chair Mark Pocan (D-Wis.). One request that Pelosi agreed to was to give the Progressive Caucus proportional representation on what lawmakers call the “A committees”: the Appropriations, Ways and Means, Energy and Commerce, Financial Services committee and Intelligence committees.

Jayapal and Pocan also asked for “expanded leadership that allows for more progressives in the top spots,” Jayapal said. While progressives would still have to run for and be elected to the positions, it would at least ensure there would be positions for progressives to run for.

Pelosi agreed with the idea, though it is unclear if she will create a new position in leadership, as is being discussed behind the scenes now, according to several Democratic leadership sources. Since Pelosi, Hoyer and Assistant Leader James Clyburn have been leading the caucus for 15 years, there haven’t been many openings in leadership for progressives.

One progressive lawmaker, Rep. David Cicilline (D-R.I.), is running for assistant leader, the No. 4 position. But he is expected to be defeated by Rep. Ben Ray Lujan (D-N.M.), who helped win back the House as head of the caucus’ campaign arm, lawmakers and aides predict.

A new leadership spot would create an opening for Cicillini, in theory, though he would have to be elected.

Pelosi did commit to enhancing the heft of the House Democratic Policy and Communications Committee, a panel recently created to give rank-and-file members more leadership opportunities — and stocked with progressive lawmakers. Pelosi agreed to a Progressive Caucus demand that those positions include a budget and staff; they currently have neither. Several progressive lawmakers are running for these positions again next year.

The group leaders also registered their concerns about “pay-go” rules with Pelosi. Under those rules, certain bills cannot be considered if they aren’t paid for. Progressive have long run on policy positions that would be expensive, from “Medicare for all” to free college tuition. Pelosi didn’t make any commitments, but she promised to bring those rules up for debate.

In a sign of the rising influence of the Progressive Caucus leaders, outside groups specifically held off on endorsing Pelosi until she committed to these asks. After the meeting the progressive leaders called these groups to give them the green light to back Pelosi.

While the Progressive Caucus as an entity has not endorsed Pelosi, the promises were enough for Jayapal.

“It wasn’t that we doubted [Pelosi’s] credentials as a progressive,” Jayapal said. “But we felt that we really needed to have some assurances around her commitment to making sure that the blue wave, which in our mind has been fueled by progressives across the country,” continues in Congress.

About 30 minutes after that meeting, progressives weighed in on Twitter.

“We strongly support and call on all members of the Democratic caucus to support @NancyPelosi for Speaker,” MoveOn.org tweeted at around 6:30 p.m.. “Were it not for her skilled and effective leadership, the ACA would not be law today. Dems must reject attempts to defeat her and move caucus to the right.”

Source: https://www.politico.com/story/2018/11/16/pelosi-speaker-progressives-congress-998595
Droolin’ Dog sniffed out this story and shared it with you.
The Article Was Written/Published By: rbade@politico.com (Rachael Bade)