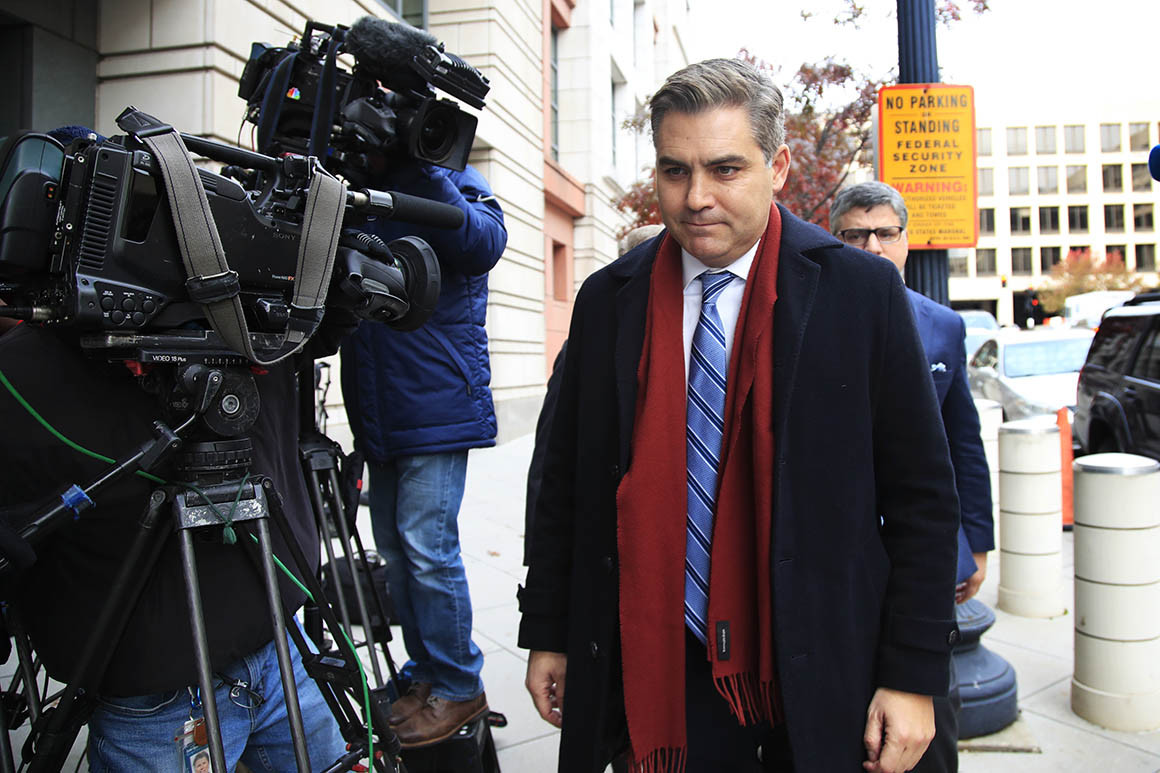 A federal judge on Friday ordered the White House to immediately reinstate CNN correspondent Jim Acosta’s security pass, siding with the network and other news organizations in a major lawsuit over press access.

President Donald Trump’s administration had stripped Acosta of his White House press pass after a dispute involving a news conference last week. CNN argued that the White House was unfairly punishing him because it disagreed with his coverage and that it had not followed appropriate steps to revoke his security badge.

Source: https://www.politico.com/story/2018/11/16/judge-orders-white-house-to-return-press-credentials-to-cnns-acosta-995512
Droolin’ Dog sniffed out this story and shared it with you.
The Article Was Written/Published By: Jason Schwartz

Ty Dolla $ign and Post Malone Are Back Together on ‘Spicy’

After going quintuple platinum on 2018’s “Psycho,” Ty Dolla $ign and Post Malone reunited for “Spicy.” The song appears on the former’s new album, the aptly titled Featuring Ty Dolla $ign, out Friday on Atlantic. Whenever clubs reopen, expect to hear this catchy, bouncy track blaring through sound systems. “I keep talking about this new... [...]

Neil Young isn’t the only ex-CSNY member releasing old music today. Hours after Young shared “Homefires,” a previously unreleased track from 1974, Graham Nash has released a song from the same era. Nash wrote the protest song “Vote” during Richard Nixon’s administration, and he’s just now putting it out. He hopes it will … More... [...]

Jneiro Jarel Looks To the Future on “After A Thousand Years”

“I’m encouraging all to embrace that future instead of fear it.” Read full story on the Bandcamp Daily. Source: https://daily.bandcamp.com/features/jneiro-jarel-after-a-thousand-years-interview-2 Indie Brew found this story and shared it with you. The Article Was Written/Published By: Phillip Mlynarv [...]

Last year, members of the defunct Brooklyn band Pill reemerged as P.E. And back in March, they released their debut album under their new moniker, Person. Today, they return once more with a cover of the Stooges’ classic “I Wanna Be Your Dog.” It’s actually part of a single they’ve dubbed I Wanna Be Your... [...]

Last month, the London artist Shygirl released the gloriously fun single “FREAK,” which as it turns out was only a taste of an upcoming new EP called ALIAS that’s arriving next month. Today, she’s sharing a new song from it called “SLIME,” which was co-produced by SOPHIE, Kai Whiston and Sega Bodega. More » Source:... [...]