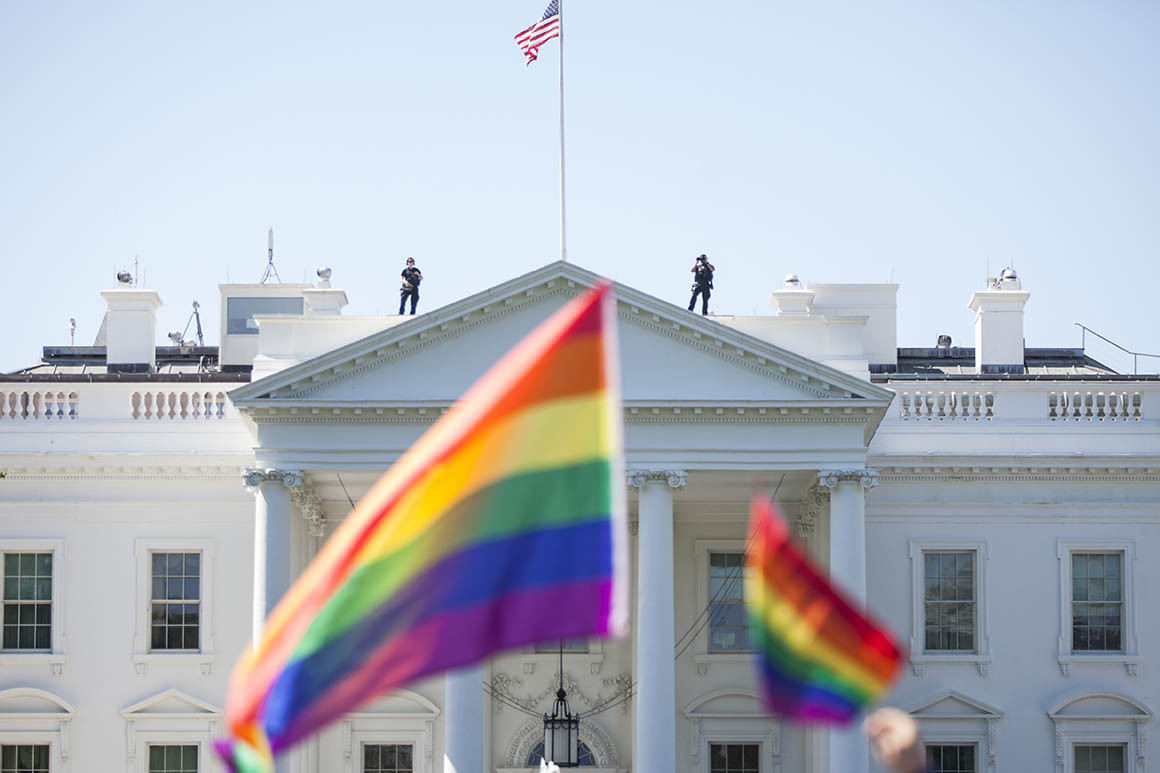 Protections in the new North American trade pact for LGBTQ people are roiling conservative lawmakers in the House, who are urging President Donald Trump to rescind them.

They are displeased that the new U.S.-Mexico-Canada Agreement contains requirements that workers be protected from discrimination on the basis of sex, including sexual orientation and gender identity.

“A trade agreement is no place for the adoption of social policy,” reads the letter, which carries the names of 40 lawmakers and was sent Friday. “It is especially inappropriate and insulting to our sovereignty to needlessly submit to social policies which the United States Congress has so far explicitly refused to accept.”

It’s one more landmine in the path of Trump’s biggest trade achievement. Already, labor groups have expressed some concern that mechanisms to enforce new worker protections aren’t sufficiently strong and hinted that the incoming Democratic House might seek changes.

Now the conservatives, including House Freedom Caucus chairman Mark Meadows and Rep. Steve King (R-Iowa), are hoping to revise the deal before it gets signed. Another signatory is Rep. Diane Black (R-Tenn.), a Ways and Means Committee member who is leaving Congress at the end of the year.

One congressman who led the effort on the letter said the issue could be a “deal-killer” for him supporting the pact.

Adjusting the deal is a tall order.

The countries are expected to sign the agreement on Nov. 30 at a G20 summit in Argentina, the day before the current Mexican administration leaves office. The easiest way for the administration to address the conservatives’ concerns is to persuade Canada and Mexico to change the language before the agreement is signed. If those countries balk and the administration is concerned about having enough Republican votes to win approval, it could attempt to negate the language through the implementing bill. But that would be highly unusual and give many Democrats another reason to vote against the legislation.

Tweaks can be made through so-called side letters. But this particular demand is certain to leave Canada especially cold.

Lamborn said his understanding is that the administration could seek to alter the language without opening the deal back up. But “if it’s bad enough — and in my opinion it’s bad enough — they should consider taking it out,” he said. “At this point I’m a ‘no’ vote and I would encourage others to be a no vote unless something is done. And things could be done within the agreement.”

The LGBT provisions were a Canadian priority — part of the so-called progressive trade agenda championed by Prime Minister Justin Trudeau and described as a “big win” by his government. And the Trudeau government already is less than enthusiastic about entering the agreement while steel tariffs remain in place. Canada’s ambassador to Washington joked in a recent interview with POLITICO that the country might sign the pact with a “bag over its head.”

It’s unclear whether the LGBT clauses even have real teeth. Both Canada and the U.S. agree it wouldn’t require a new law.

But it’s unprecedented language in a U.S. trade agreement.

The conservatives say this would undo other administration policies.

The letter argues that USMCA contradicts other administration work on sexual orientation and gender identity, and would also make it impossible to end a pair of executive actions from the Obama administration forbidding workplace discrimination.

It accuses the Office of the U.S. Trade Representative of working against administration policies.

In reality, the federal government is somewhat divided about whether employment discrimination based on sexual orientation or gender identity is illegal under the 1964 Civil Rights Act, a question that turns on how judges interpret the word “sex” (one of the law’s protected classes, along with race, religion, and national origin).

Under the Obama administration, the Justice Department said that “sex” included sexual orientation and gender identity, and that discrimination on those bases was therefore illegal. After President Donald Trump was elected and Jeff Sessions became attorney general, the department reverted to the position that the 1964 law did not bar discrimination against LGBT individuals. In addition, the Justice and Education departments, in a two-page guidance letter to schools, scrapped an Obama directive aimed at protecting the rights of transgender students.

But the Equal Employment Opportunity Commission, which continues to retain a Democratic majority, still adheres to the Obama policy that the Civil Rights Act outlawed discrimination based on sexual orientation and gender identity. Federal appeals courts are split on the question, and the Supreme Court has never taken up the matter.

Earlier this year Trump issued orders to ban transgender troops who require surgery or significant medical treatment from serving in the military except in select cases — following through on a pledge under review by the Pentagon that is being fought out in the courts.

“It is deeply troubling,” the letter says, that the U.S. Trade Representative has approved language that contradicts LGBT policies in the departments of Justice and Health and Human Services. USTR did not respond to a request for comment.

The letter is otherwise supportive of Trump’s trade efforts. It begins with praise: “We applaud your hard work to negotiate a new trilateral free trade agreement with Mexico and Canada. Balancing the competing interests of three different countries is a monumental challenge.”

Doug Palmer contributed to this report.

Source: https://www.politico.com/story/2018/11/16/house-conservatives-lgbt-protection-trade-pact-977288
Droolin’ Dog sniffed out this story and shared it with you.
The Article Was Written/Published By: lgardner@politico.com (Lauren Gardner)