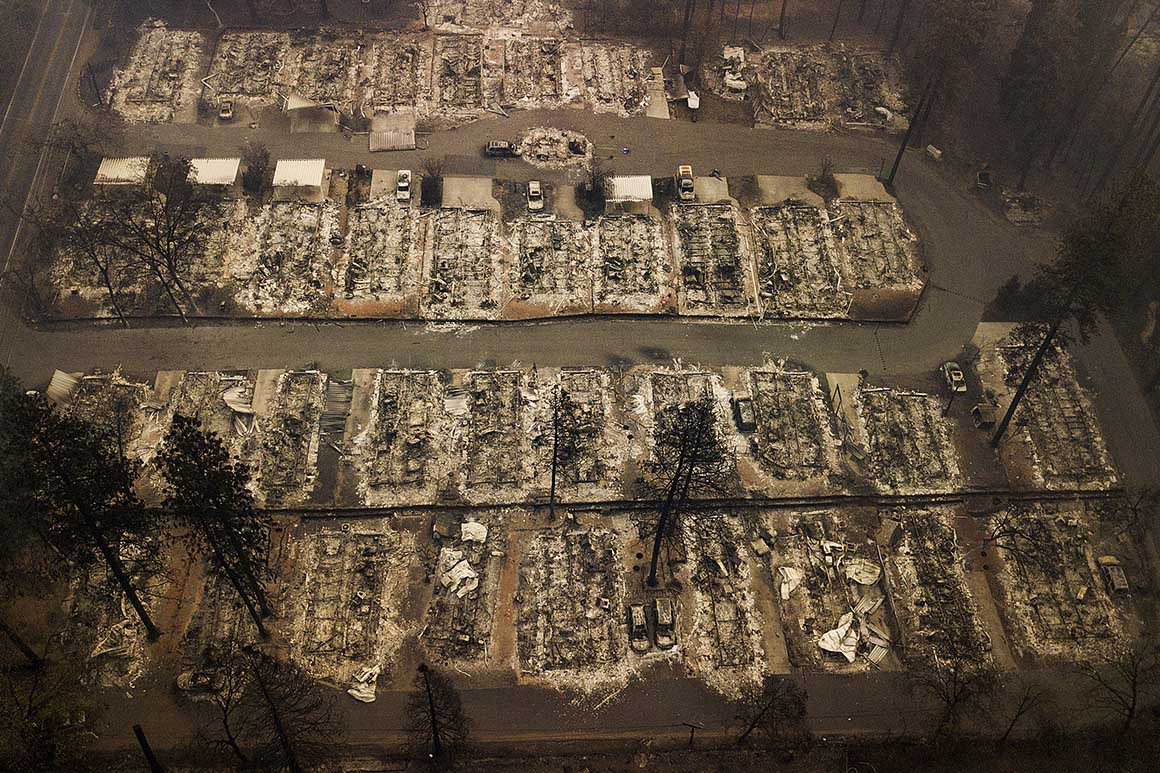 President Donald Trump will head to California on Saturday to visit the site of one of the worst outbreaks of wildfires in recent history that has already claimed the lives of at least 59 people.

An additional 130 people are still believed to be missing. Officials are still not sure what was the direct cause of the fires — which are raging in Butte County, north of Sacramento, and in Ventura and Los Angeles Counties — and firefighters have not yet contained 50 percent of the blaze.

“The President will travel to California this Saturday to meet with individuals impacted by the wildfires. We will keep you updated on details as they are available,” White House spokeswoman Lindsay Walters said Thursday.

State authorities have said the federal government has been quick to grant their requests for federal aid, a striking contrast with Trump’s handling of the natural disasters in Puerto Rico, after Hurricanes Irma and Maria, and in Florida, in the wake of Hurricane Michael. Trump also visited both locations after the disasters.

But Trump has also tried to put blame on state authorities for not being efficient in their response to the Woolsey and Camp fires, threatening to pull funding from “poor” forest management.

“There is no reason for these massive, deadly and costly forest fires in California except that forest management is so poor,” he wrote online. “Billions of dollars are given each year, with so many lives lost, all because of gross mismanagement of the forests. Remedy now, or no more Fed payments!”

Officials from the Democratic-led state quickly rebutted Trump’s statements, saying that wildfires do not only originate in forests and are caused by a confluence of factors, including hot and dry conditions. Trump also drew criticism for his tweets, with many considering them insensitive in light of the fatalities and mass destruction.

Source: https://www.politico.com/story/2018/11/15/trump-california-fires-woolsey-camp-visit-994381
Droolin’ Dog sniffed out this story and shared it with you.
The Article Was Written/Published By: Jesus Rodriguez