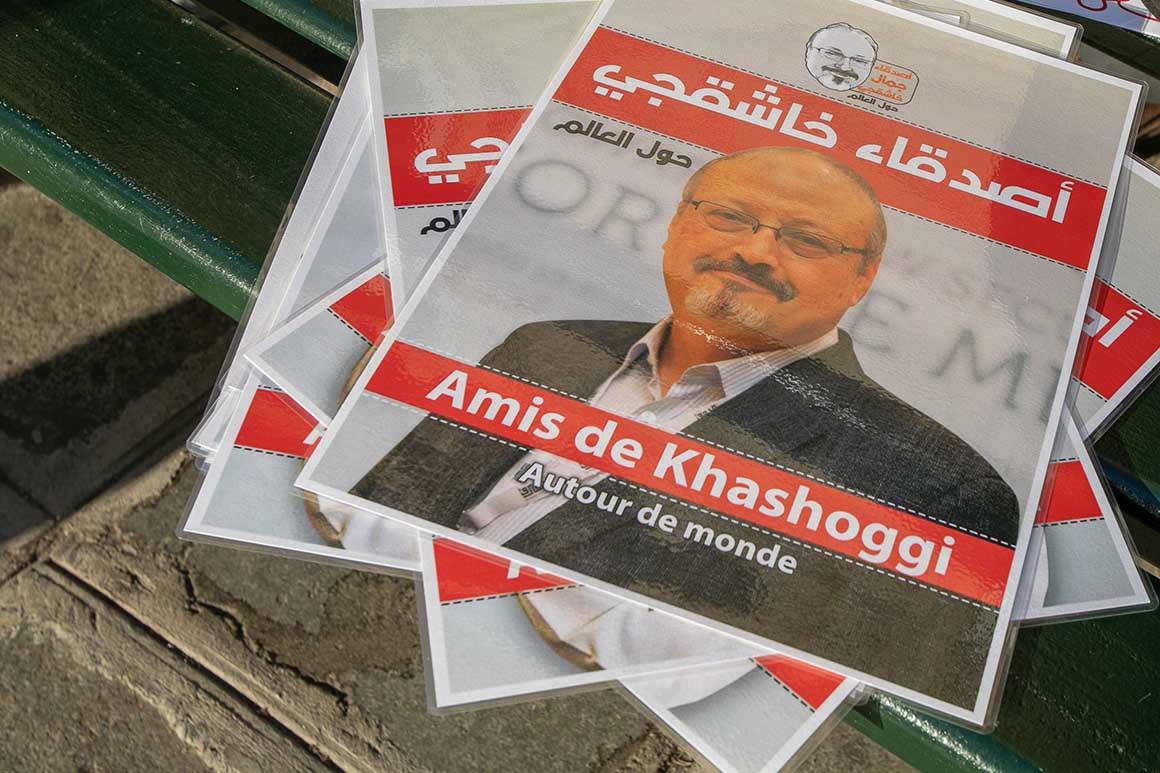 The Trump administration on Thursday imposed sanctions targeting 17 Saudi Arabian officials — but not the powerful crown prince — over the death of Washington Post journalist Jamal Khashoggi more than a month after the Saudi critic went missing.

The Treasury Department designated the officials for sanctions over what it called “serious human rights abuse,” freezing any U.S. assets and barring American citizens from engaging in business with them. The announcement named royal court adviser Saud al-Qahtani and said he led the team that flew into Istanbul just hours before Khashoggi entered the consulate there for paperwork relating to his planned marriage. Al-Qahtani was fired from his post in late October.

Treasury Secretary Steve Mnuchin, who decided not to attend the glitzy “Davos in the Desert” business and investment conference in Riyadh amid outrage over Khashoggi’s death, said al-Qahtani and the other 16 officials were directly involved in the “abhorrent killing” and must face consequences for it. He also called on the Saudi government to “end any targeting of political dissidents or journalists.”

“The United States continues to diligently work to ascertain all of the facts and will hold accountable each of those we find responsible in order to achieve justice for Khashoggi’s fiancée, children, and the family he leaves behind,” Mnuchin said.

Human rights groups, however, expressed outrage that Crown Prince Mohammed bin Salman, who is close to presidential adviser and son-in-law Jared Kushner, was left out of the sanctions.

Members of Congress and many in Washington named the crown prince as the orchestrator of the alleged operation to kill Khashoggi, while the Trump administration said it needed more time to investigate and gather all the facts. Trump himself expressed ambivalence over jeopardizing weapons sales with the Saudis by taking tough action in response to Khashoggi’s death.

“The Trump administration deserves some limited credit for imposing sanctions on the 17 named individuals, particularly with respect to Saud Al-Qahtani, a key advisor to Crown Prince Mohammed bin Salman. That said, in not sanctioning other members of MbS’s inner circle, much less the Crown Prince himself, or taking other actions, the administration isn’t taking a particularly strong stand in terms of accountability,” said Rob Berschinski, senior vice president for policy at foreign policy advocacy group Human Rights First.

“There should be no doubt that there are sighs of relief in Riyadh at the moment, and no one should describe today’s actions as a win for accountability or human rights,” Berschinski said.

Karen Attiah, Khashoggi’s editor at the Washington Post, tweeted Thursday that “sanctions will not fix this. It’s not enough.”

The Saudis announced Thursday that they were seeking the death penalty for five individuals suspected to have ordered and carried out Khashoggi’s murder.

The Trump administration had been previously quick to slap sanctions on international actors, including in Nicaragua, Myanmar and the Gambia, using the Global Magnitsky Human Rights Accountability Act, which gives the president broad sanction powers to punish human rights violators. In a statement Thursday, Secretary of State Mike Pompeo signaled the administration might not be done responding to the death of Khashoggi, who was living in Virginia at the time of his death.

“Our action today is an important step in responding to Khashoggi’s killing,” Pompeo said. “The State Department will continue to seek all relevant facts, consult Congress, and work with other nations to hold accountable those involved in the killing of Jamal Khashoggi.”

Source: https://www.politico.com/story/2018/11/15/trump-administration-sanctions-saudi-khashoggi-992296
Droolin’ Dog sniffed out this story and shared it with you.
The Article Was Written/Published By: Jesus Rodriguez