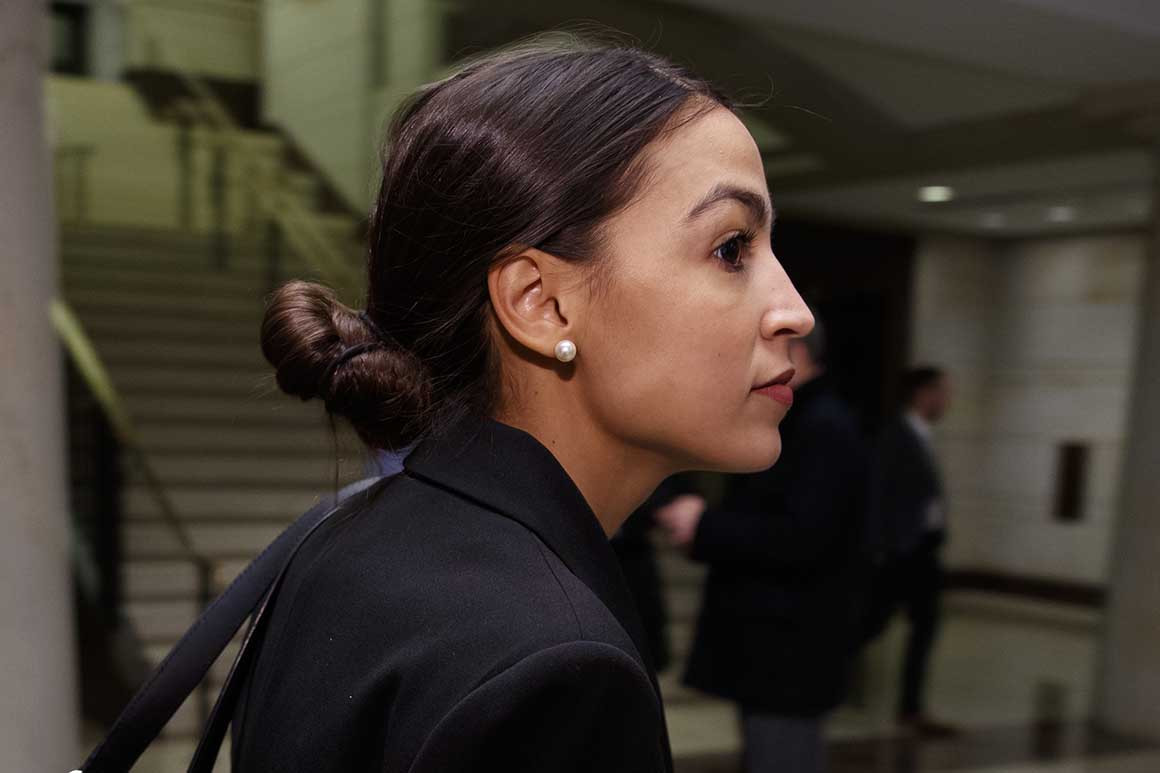 A fight broke out in a closed-door meeting of House Democrats over climate change as a powerful veteran lawmaker fought with freshman star Rep.-elect Alexandria Ocasio-Cortez and other members-elect over the creation of a special panel for the issue.

New Jersey Rep. Frank Pallone, incoming chairman of the powerful Energy and Commerce Committee — backed by a number of other committee members — slammed the creation of the new climate panel, according to multiple sources in the room. Pallone argued that his committee and other existing panels within the House could take on the issue aggressively.

But Ocasio-Cortez (N.Y.), Rep.-elect Joe Neguse (Colo.) and some of the other progressive incoming lawmakers fought back, saying they ran on the issue and needed to do it. Ocasio-Cortez earlier this week pushed for a “Green New Deal” as she backed more than 200 young protesters at House Minority Leader Nancy Pelosi’s office.

“We need to act on climate change NOW w/ a *fossil fuel $-free* Select Committee *with a mandate* to draft a Green New Deal,” Ocasio-Cortez tweeted earlier Thursday. “It’s our best chance to beat the clock.”

Watching it all from the sidelines was Pelosi, who has already called for reinstatement of the select panel that she first set more than a decade ago. Ocasio-Cortez has praised Pelosi for reinstating the special committee, even though she wants it to have far broader authority to craft legislation remaking the U.S. energy grid.

Pallone declined to comment on what happened during the closed-door meeting, but further explained why he opposes the select committee.

Ocasio-Cortez has become a media sensation since she defeated Rep. Joe Crowley, seen by some as a potential future speaker, in a June primary. She said Thursday that climate change is an “important” factor in her vote for speaker.

“I don’t know that we need another panel,” DeFazio told POLITICO.

Rep. Alan Lowenthal (D-Calif.) said “a vast majority” of the caucus supports the aims Ocasio-Cortez and her allies laid out, but that it’s just a question of whether working through the standard committee structure is more effective.

“I think that it’s great that [Ocasio-Cortez] put that down,” he told POLITICO. “People appreciate her emphasis on that, but people also believe we have not allowed the committee structure to work in an open and fair way.”

Source: https://www.politico.com/story/2018/11/15/ocasio-cortez-climate-change-976915
Droolin’ Dog sniffed out this story and shared it with you.
The Article Was Written/Published By: zcolman@politico.com (Zack Colman)