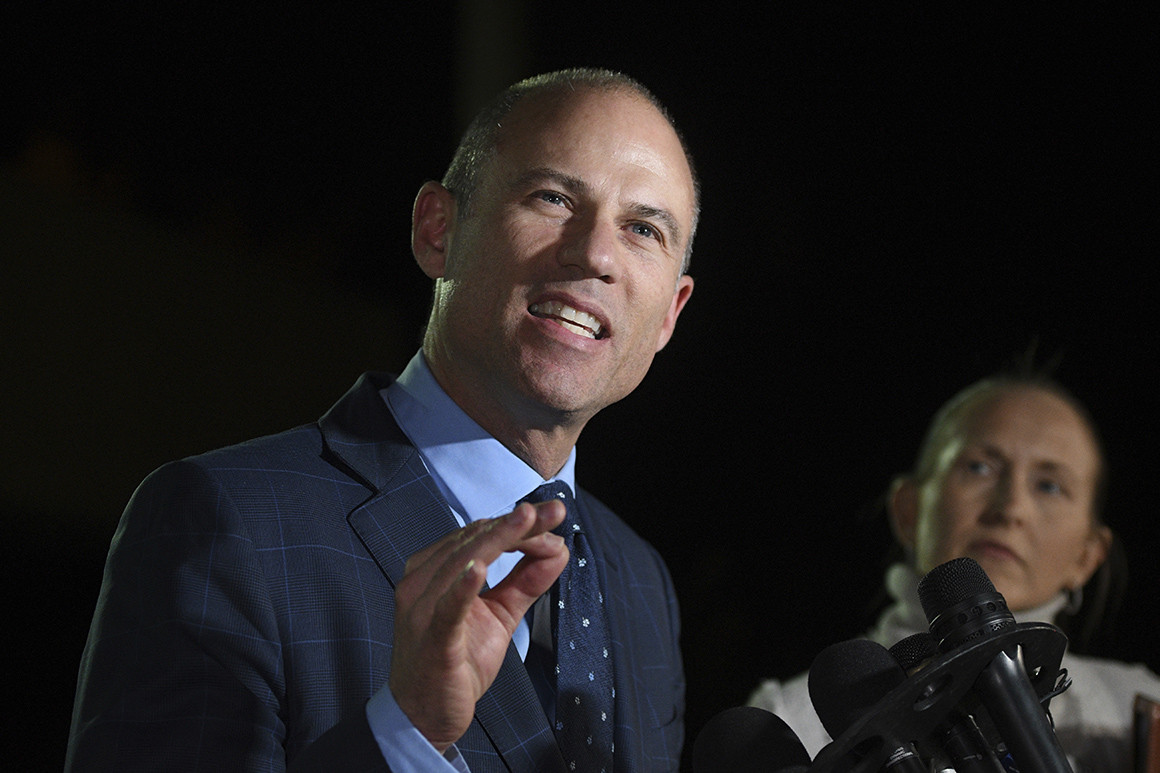 A day after he was arrested on domestic violence allegations, Stormy Daniels attorney and 2020 aspirant Michael Avenatti suggested on social media that pro-Trump activist Jacob Wohl was behind his legal ordeal.

“First Mueller and now me. When we are fully exonerated I am coming for you Jacob Wohl aka Surefire,” Avenatti tweeted.

Wohl, a former hedge fund manager and right-wing blogger, is a central figure in a widely-dismissed plot accusing special counsel Robert Mueller of sexual misconduct. At a recent Northern Virginia news conference where he made the claims against Mueller, Wohl acknowledged his connection to a firm called Surefire Intelligence. That private intelligence firm’s Twitter account today tweeted a link to Avenatti’s arrest then declared: “Surefire Intelligence strikes again.”

Over Twitter, Wohl denied any involvement in Avenatti’s situation and said he considered Avenatti’s “I’m coming for you” language a threat and reported it to law enforcement.

“Michael Avenatti seems to believe that I am responsible for him raising his hand to a woman. I am not. Will he release the pictures of his battered victim?”

Avenatti was arrested Wednesday afternoon on the 10000 block of Santa Monica Boulevard and police say he was booked on suspicion of domestic violence.

Prosecutors will ultimately determine whether formal charges will be filed against Avenatti but they have not yet received his case for review, a Los Angeles District Attorney’s office spokesman said Thursday. Avenatti is due in court on Dec. 5, police said.

After his arrest, Avenatti’s ex-wife and his second wife, Lisa Storie-Avenatti, with whom he is in the midst of a divorce, released statements defending Avenatti, saying he had never demonstrated evidence of violence. Upon his release from jail, Avenatti told reporters he had never struck a woman and welcomed a full investigation, which he predicted would clear him.

Source: https://www.politico.com/story/2018/11/15/michael-avenatti-arrest-trump-994110
Droolin’ Dog sniffed out this story and shared it with you.
The Article Was Written/Published By: dsamuelsohn@politico.com (Darren Samuelsohn)