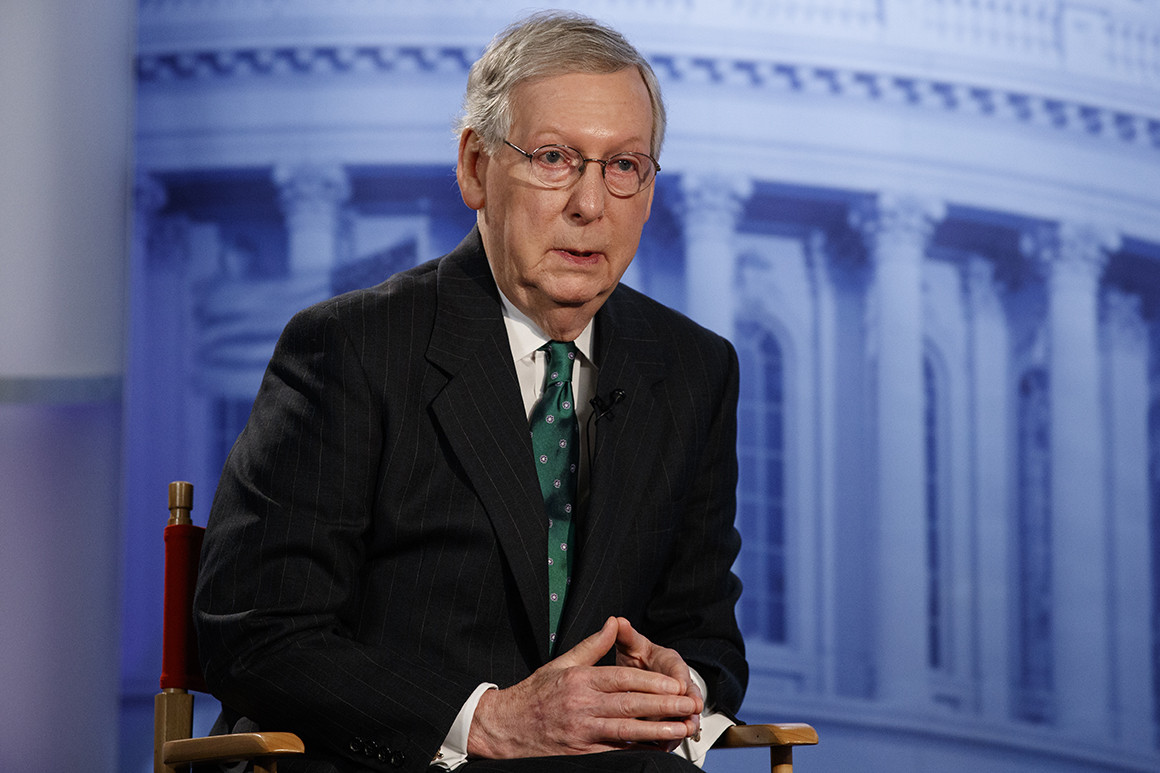 Supporters of the proposal, which would change prison and sentencing laws, see the current lame-duck sessions as their best chance for success on a revamp that top senators in both parties have spent years negotiating. But the deal already faced resistance from hawkish Sen. Tom Cotton (R-Ark.), and on Thursday the National Sheriffs’ Association joined two other law enforcement groups in slamming the current version of the measure as “troubling.”

That’s on top of repeated skepticism from Sen. Mitch McConnell (R-Ky.). The majority leader had vowed to call up the criminal justice package if it’s shown to have 60 “yes“ votes — and Majority Whip John Cornyn (R-Texas), the lead sponsor of a narrower bill that tackles only prisons, not lowering sentencing requirements. Trump said Wednesday that he’ll be “waiting with a pen” for a final deal, but without Senate GOP leaders’ buy-in he could be waiting well into 2019.

Cornyn suggested that the bill’s backers may need to abandon their strategy and pursue a new bipartisan accord next year, after Democrats take power in the House. McConnell and several other GOP sources have warned that there is likely to be little time to take up a divisive debate unless all 100 senators support it, a long shot given the heated opinions about the bill.

“I think we can take it up next year. I don’t know what Ms. [Nancy] Pelosi’s thought would be about changing what the House has done already,” Cornyn said in an interview. “But to me, this whole subject is one where there is bipartisan support.”

While GOP leaders sent go-slow signals, Cotton needled Senate Judiciary Chairman Chuck Grassley (R-Iowa), the chief author of the criminal justice compromise, with a push for a public hearing on the legislation — a version of which already has passed the committee.

“He doesn’t like our bill, and so, anything he can do to stall it, he wants to stall it,” Grassley responded. “But we don’t need a hearing on a bill that’s been around for five years.”

Advocacy groups lobbying for the prison-and-sentencing agreement, led in the White House by Trump son-in-law and adviser Jared Kushner, cheered a recent statement of support from the Fraternal Order of Police. But they suffered a setback Thursday when the National Sheriffs’ Association, alongside the Major Cities Chiefs’ Association and the Major County Sheriffs of America, warned Senate leaders that they couldn’t support the current version without five changes, as a starting point.

Without those changes at a minimum, the groups wrote in a Thursday letter obtained by POLITICO, “this legislation creates a high-risk path for dangerous criminals with gun crime histories to early release from prison.”

Kushner has spent much of his time in Washington shuttling between the White House and Capitol Hill trying to hammer out a bipartisan compromise. McConnell, with whom Kushner met several times to discuss the legislation, asked him to table the bill until after the midterm elections, according to a senior administration official.

The timing worked in Kushner’s favor: The president, reeling from defeats in the midterm elections and fuming about bad headlines generated by his decision to cancel a visit to a World War I cemetery outside of Paris last weekend, is eager to tout a legislative victory. Kushner presented the legislation to Trump on Tuesday, a day filled with more misery-making headlines for the White House, including the first lady’s public call for the dismissal of the deputy national security adviser, whom the White House said Wednesday would be reassigned to another job in the administration.

Trump touted the bill as a bipartisan solution to a long-simmering problem. “Did I heard the word ‘bipartisan’? Did I hear — did I hear that word? That’s a nice word,” the president told the crowd assembled in the Roosevelt Room, which included Grassley, as well as Sens. Mike Lee (R-Utah), Rand Paul (R-Ky.), and Tim Scott (R-S.C.).

In addition to provisions lowering mandatory minimum sentences for certain drug-related felonies, the compromise proposal would require inmates to be incarcerated closer to their homes, expand a program for early release and promote training programs in prisons. The backing of a president who has cast himself as tough on crime was critical to an effort that has stalled multiple times on Capitol Hill.

And Thursday wasn’t without its victories for the long-shot criminal justice push. Sen. David Perdue (R-Ga.), a close Trump ally seen as undecided by advocacy groups backing the bill, said he’s “in general support of” the text he’s seen.

“I’ve got to see the final text,” Perdue cautioned, “but I’m supportive of what I’ve seen so far.”

Scott pointed to the House’s “convincing, overwhelming” bipartisan vote earlier this year for a version that didn’t include the negotiated changes to sentencing rules.

“Anyone who [has] not fully understood the legislation, it’s not because it’s not available. It’s out there,” the South Carolinian said in an interview. “I think we could take it to the floor and vote for it, vote it up or down.” And the bill would “without question” get to the needed 60 supporters if it received that vote, Scott added.

Paul, however, said it’s still up to the majority leader.

“It needs to be done. It depends on one person: Sen. McConnell. If he allows a vote it passes with 65 to 70 votes. I think almost every Democrat votes for it,” Paul said on Thursday. “Some of them are complaining it’s not enough. But it doesn’t do anything bad. Everything it does is good.”

Source: https://www.politico.com/story/2018/11/15/criminal-justice-republicans-trump-993292
Droolin’ Dog sniffed out this story and shared it with you.
The Article Was Written/Published By: ejohnson@politico.com (Eliana Johnson)