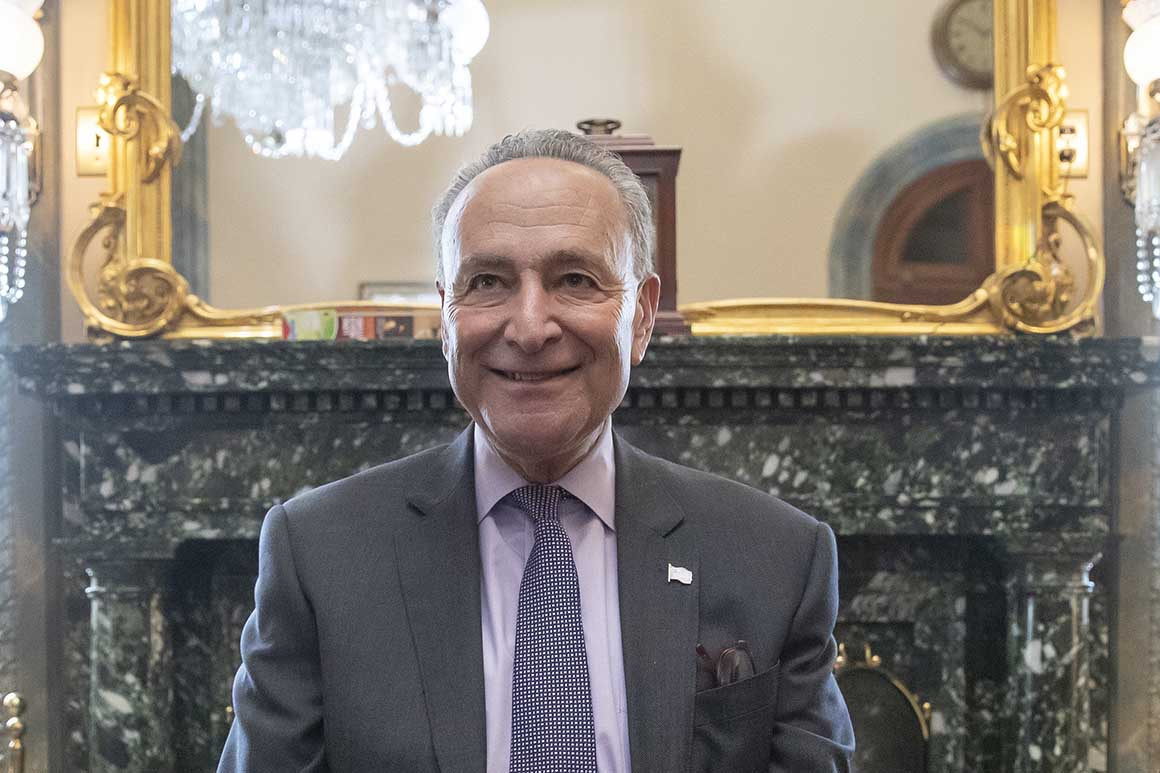 Mitch McConnell and Chuck Schumer were re-elected by voice vote to lead their respective parties on Wednesday, according to sources familiar with the decisions.

The New York Democrat will begin his second term as minority leader next year.

No one opposed Schumer vocally, including Sen.-elect Kyrsten Sinema if Arizona, who had said she would not support Schumer during the campaign, according to two senators. Those senators said they did not hear anyone object to Schumer’s nomination.

The biggest shake up in the chamber is Senate Majority Whip John Cornyn of Texas, who is term-limited, leaving the elected leadership and being replaced by John Thune of South Dakota.

Just one contested race is expected: GOP Sens. Joni Ernst and Deb Fischer are facing off for conference vice chair.

Marianne Levine contributed to this story.

Source: https://www.politico.com/story/2018/11/14/senate-leadership-vote-picks-989877
Droolin’ Dog sniffed out this story and shared it with you.
The Article Was Written/Published By: Burgess Everett